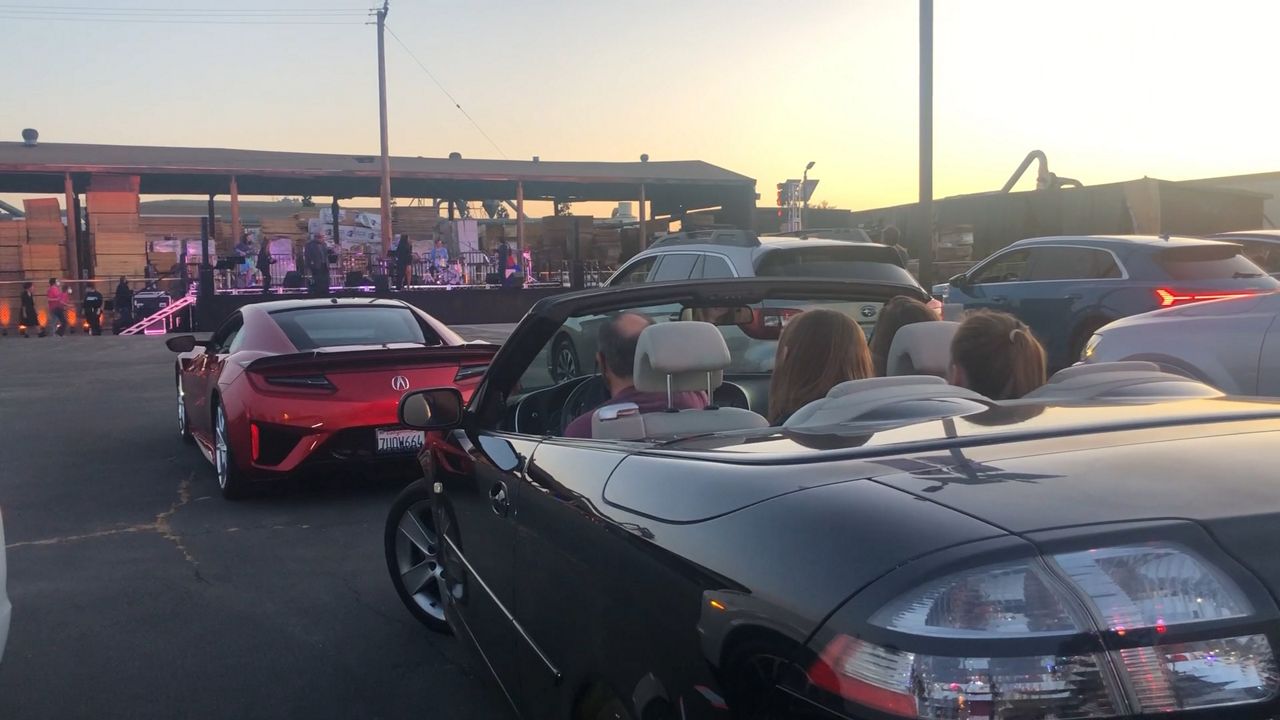 MUSE/IQUE Gets Innovative in Delivering Live Music During Pandemic

CITY OF INDUSTRY, Calif. – Sunset concerts are usually a summertime staple. Of course, this is not your typical summer but that wasn't about to stop Rachael Worby.

Worby is the founder of MUSE/IQUE, a group known for performing unique concerts in unexpected places. This weekend found them in a parking lot in City of Industry with the audience in their cars.

“The notion of going to a drive-in was about freedom, outdoors," Worby explained. "You’re not in your living room. The box isn’t little."

The way Worby sees it, live music is "oxygen for the imagination" and she worried we’ve been cut off from it for far too long.

“Without our imaginations, we lose the ability to empathize with others," Worby said. "So with this drive-in, we’re hoping to burst that open and explode people’s imaginations.”

Of course there were plenty of precautions taken for the concert, aptly called DRIVE/IN. Parking spaces were meticulously measured.  There were no restrooms or concession stands. Audience members had to remain in their vehicles and were asked to wear masks throughout the 45 minute set.

But despite all the separation there was still a sense of togetherness, for both the audience and performers, like Ashley Faatoalia.

“All of my musician friends were like 'Oh man, you’re going to work!?'” he laughed.

He was thrilled to be in front of a live audience again, even if their faces weren't visible and their applause was replaced with horns and headlights.

“The online and the digital thing is great but I miss the live," he said. "So this, this is doing my heart really good tonight.”

“Songs that are akin to the Civil Rights Movement and with those messages of encouragement and of steadfast community," Faatoalia explained. "I think that’s what’s important right now.”

This was MUSE/IQUES first drive-in and Worby has no intention of hitting the brakes. She expects there’ll be a few more events like this down the road as well as other opportunities for live outdoor concerts, including a few evenings of music at the Huntington.

“We will not stop!" Worby emphasized. "Being outdoors in the summer in Southern California is simply a way of life.”

One MUSE/IQUE will continue to embrace in any setting they can.

Yo soy un hombre sincero De donde crece la palma, Y antes de morirme quiero Echar mis versos del alma. I am a sincere man From the land where palm trees grow And before I die I want To bestow my soul’s verses. Yo vengo de todas partes, Y hacia todas partes voy: Arte soy entre las artes, En los montes, monte soy. I am a traveler to all parts And a newcomer to none: I am art among the arts, With the mountains I am one. José Martí "Guantanemera" performed by Dayramir González. @dayramirgonzalezofficial