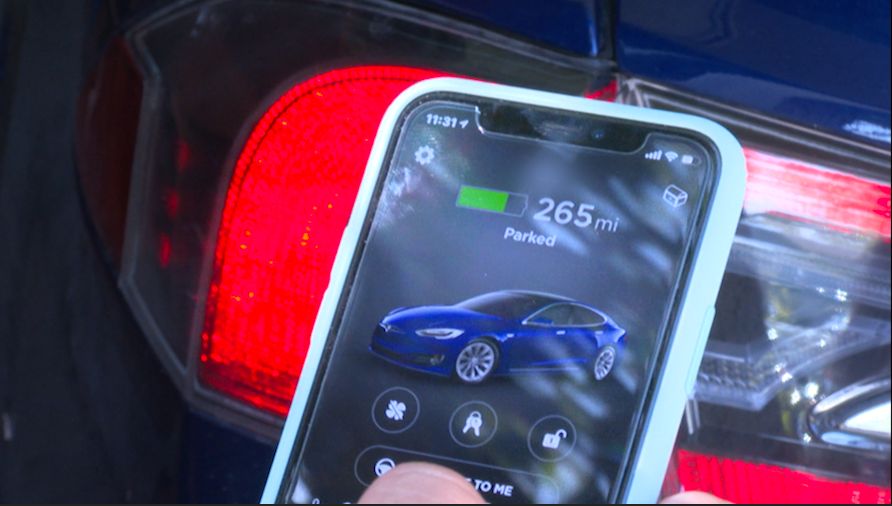 Sportswriter: "Zero Emission" Vehicle Order Will Help Others See "How Good They Are"

VAN NUYS, Calif. — The jury might still be out on those flying cars expected in the future, but for drivers like L.A. Times sportswriter Eric Sondheimer, they hope the future is electric.

Last week, Gov. Gavin Newsom signed an executive order that will require all new vehicles sold starting in 2035 to be "zero emissions," banning the sale of new gas-powered cars and trucks.

"We have seen an actual increase, modest though it may be, an increase in total emissions while we've seen a decrease in other sectors. We can't continue down this path," Newsom said.

Sondheimer, an electric car owner, has seen the benefits of "going green," he said. He's owned environmentally friendly cars since 2001.

"We need clean air. I've been around in Los Angeles forever, seemingly, and the conditions were really bad in the '80s, the '90s-smog levels. But they've improved a lot because of the clean air requirements," Sondheimer said.

Sondheimer currently owns a 2019 Tesla Model S. He installed a charger at his Van Nuys home, which cost him a one-time $500 charge. One of the biggest criticisms of electric cars is cost. The entry-level Tesla is $35,000. But owners say they can be cheaper to operate over the long haul.

"I don't know how much gas prices are because I haven't looked at a sign for so long," Sondheimer said.

The travel "range" of electric cars has also been known to be a concern. But as a high school sportswriter Sondheimer makes long hauls to Vegas or Barstow and games and practices all over Southern California. His Model S is considered "long-range" at 370 miles. He said more and more charging stations are making going green both economical and practical.

The ban doesn't affect existing cars, so you don't have to buy an electric car if you don't want to.

But Sondheimer said he believes this order will open peoples' eyes to what he's seen for years.

"I think others will find out about how good they are, and how consistent they are, and how well-done they are. Everybody can still keep their gas cars, just not going to be sold in California, so you'll have that option. But it'll be good that people will have a chance to see how well the technology has advanced," Sondheimer said.