LOS ANGELES — Whether it’s a Bird zipping down a bike lane in Santa Monica or a Lime parked curbside in downtown L.A., electric scooters are a seemingly intractable part of the urban mobility landscape. Love them or hate them, for four years, e-scooters have been buzzing around town, accessed, for the most part, with an on-demand, pay-by-the-minute system.

But COVID is changing that business model, with L.A.’s West side, once again, playing a key role in the industry’s evolution. Earlier this week, Santa Monica-based Bird introduced its new foldable Air scooter — not for rent, but for purchase, either directly from the company or at Target. And on Wednesday, the high-end scooter maker Unagi is opening its first retail location in Venice.

“Bird Air was born out of the groundswell of support we’ve seen this year for micro-mobility as individuals increasingly demand sustainable, socially-distant transportation alternatives,” said Bird’s Chief Vehicle Officer, Scott Rushforth. “While shared electric scooters are one critical piece of the puzzle, personal vehicles such as the Bird Air extend the reach and accessibility of micro mobility to a much broader audience.”

Equipped with regenerative braking, aircraft-grade-aluminum framing, and never-flat tires, the foldable $599 Bird Air is the third scooter the Santa Monica-based company is selling directly to consumers, adding to a lineup that includes the $1,299 Bird One and $130 Birdie scooters introduced last year.

COVID has dramatically altered the transportation landscape, reducing the usage of most forms of transit that require riders to share space, such as buses, trains, and ride-hails. On-demand scooter companies had also suffered in the early days of the pandemic, with scooter ridership falling to roughly a quarter of what it was a year earlier, according to the Los Angeles Department of Transportation, though business has bounced back more recently. 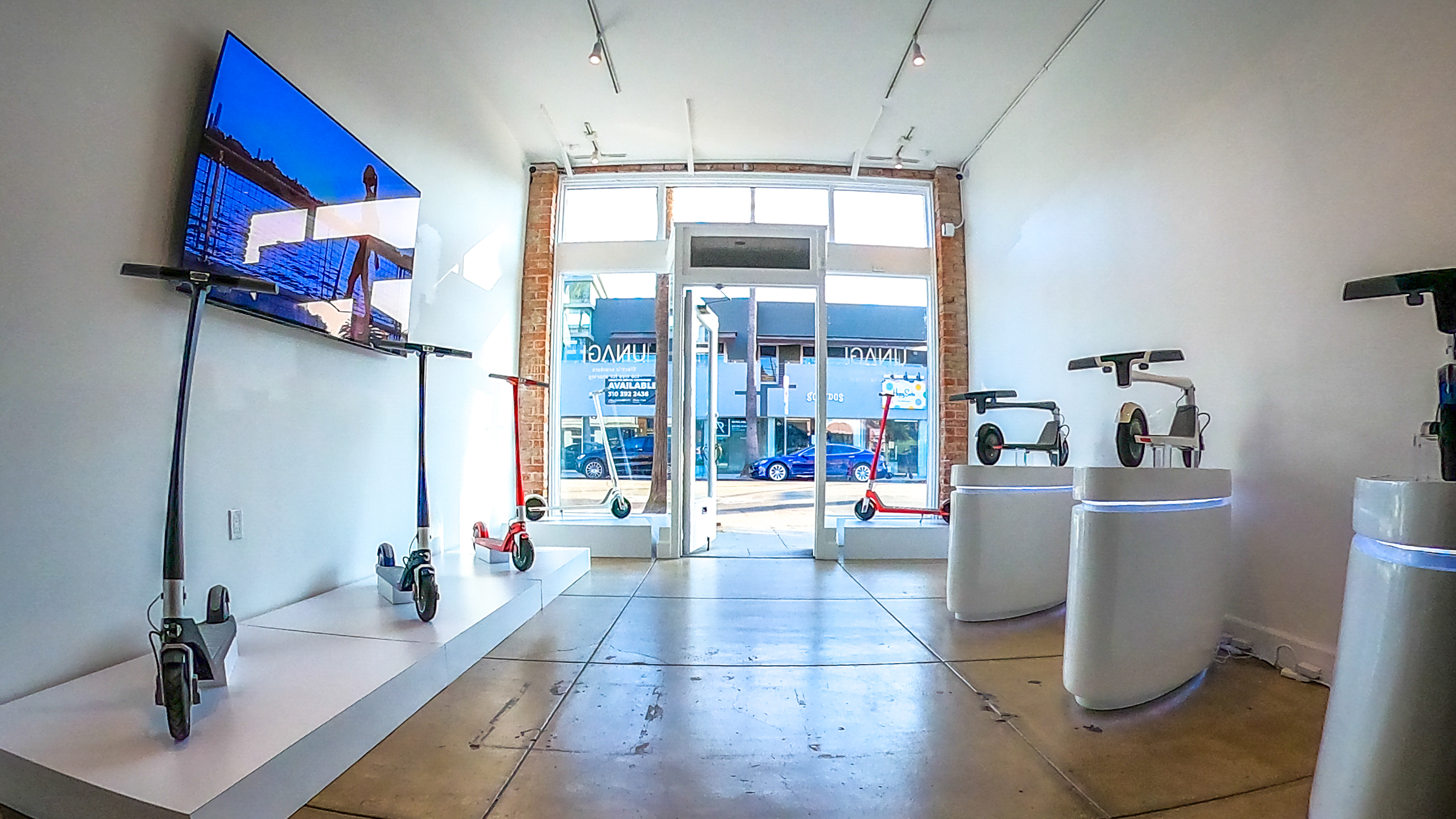 Oakland-based Unagi went from selling hundreds of scooters per month last year to thousands per month currently. On Wednesday, it is opening its first brick-and-mortar retail location on Abbot Kinney Boulevard to capitalize on growing scooter demand.

“L.A. has been known as the electric scooter epicenter in the U.S.,” said David Hyman, Unagi’s founder and chief executive. “We felt it was important to have a physical presence there.”

The new retail spot will operate not only as a store but as a hub for the scooter subscription service Unagi launched in L.A. last month, existing as a place to “come and see, and feel and touch, and test ride” and buy the company’s scooters, Hyman said. 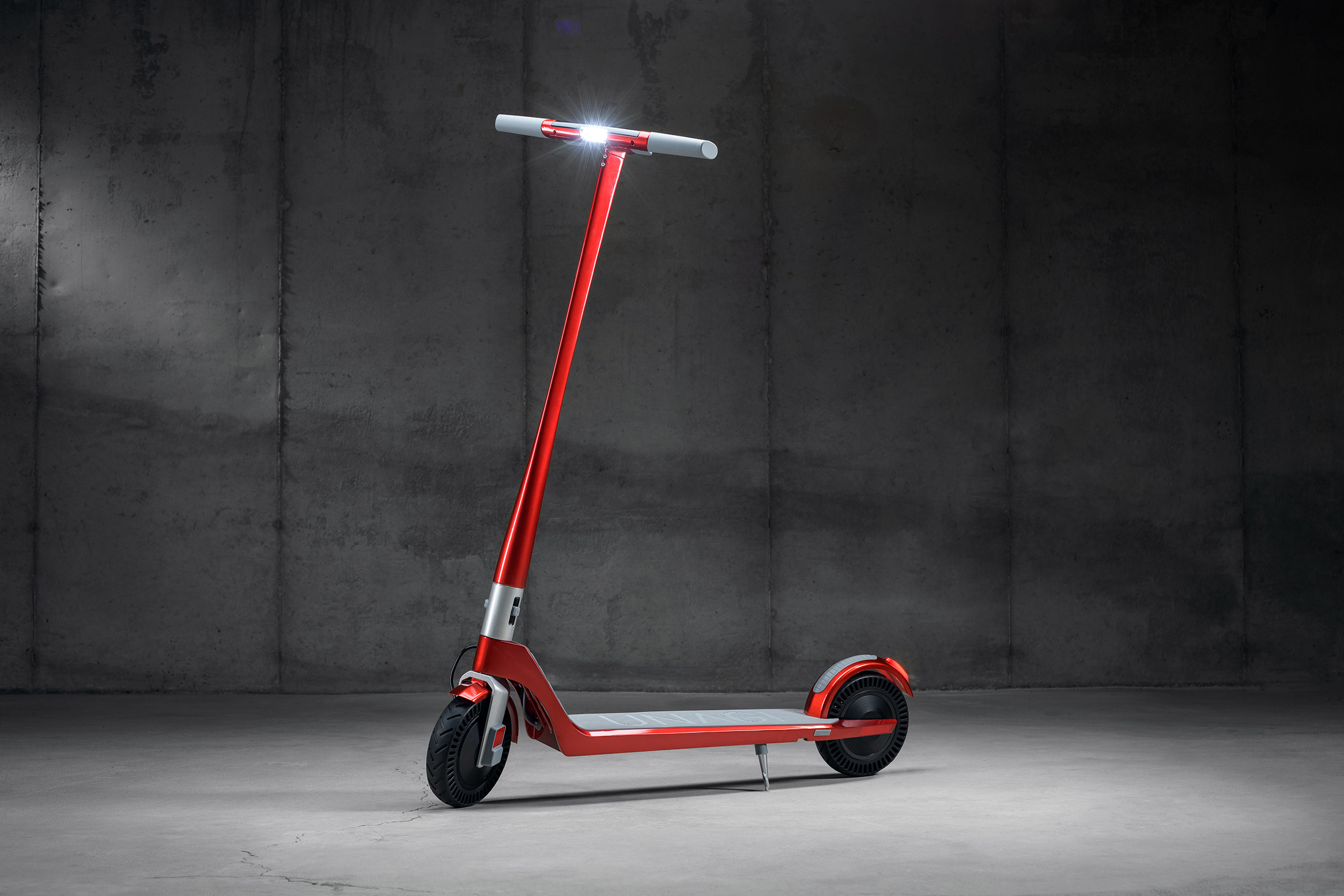 Made from lightweight carbon fiber and aluminum and fitted with motors in both wheels for better acceleration, the $990 Unagi Model One is priced at the upper end of the market. Many electric scooters start at about $300.

“Even though we have a 30-day money-back guarantee with our scooters and even though our subscription has no commitments, some people want to see something and try it first, and you kind of have to give customers what they want in all their various iterations.”

Today, there are more iterations than there have ever been before when it comes to accessing electric scooters, from on-demand systems to monthly memberships to outright purchase.

Launched in August, Unagi All-Access is a subscription service that lets riders have a scooter all to themselves and rent it month-to-month for $39. Bird has a discounted monthly membership program called Bird Access, available to low-income riders who qualify. And Lime offers something called Lime Pass that lets riders pay a fixed amount for an unlimited number of rides per week or month. 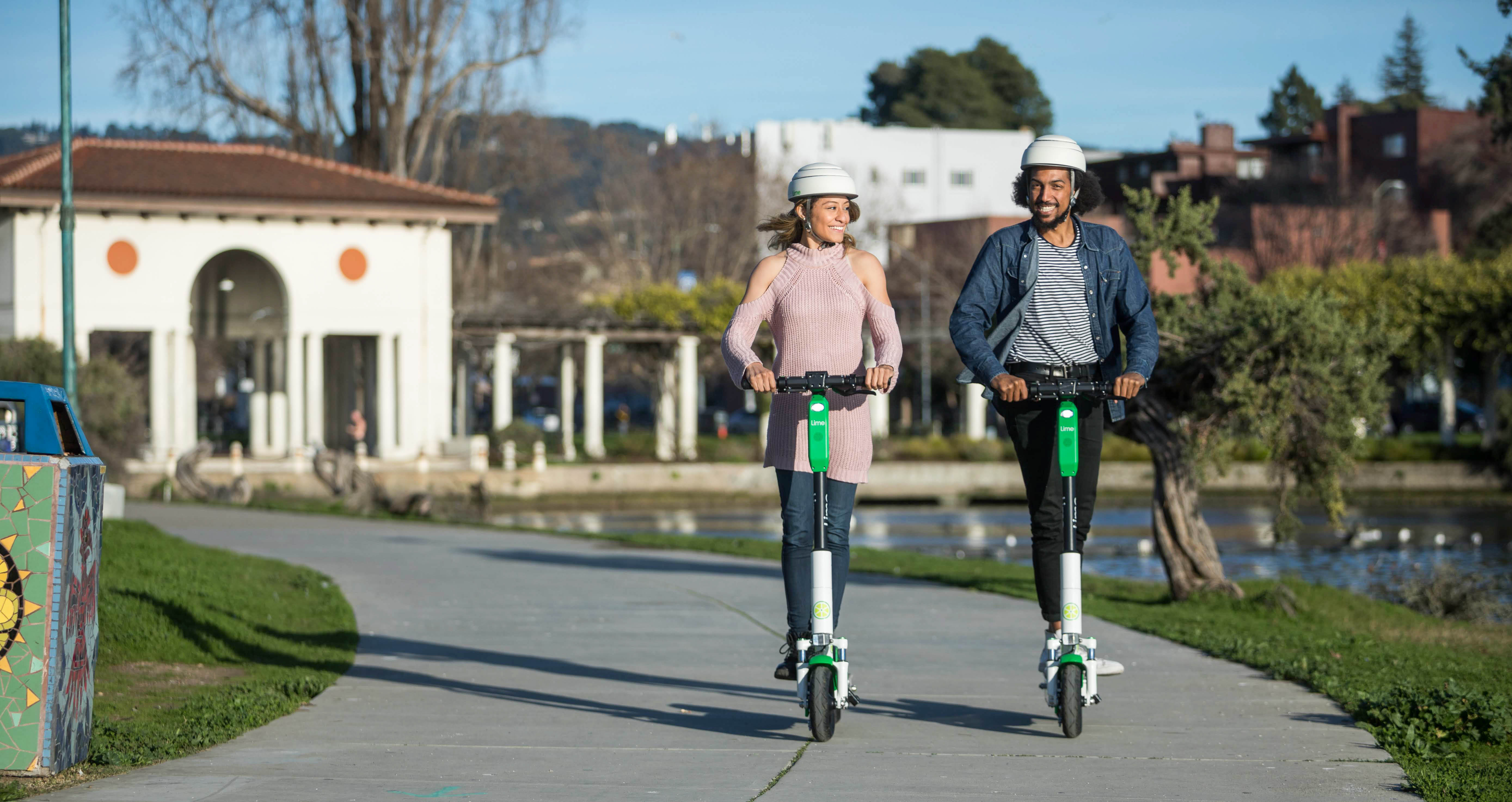 “One thing we’re seeing from this new normal we’re in post-COVID is that micro-mobility has taken off as a preferred mode of transportation,” said Lime Communications Director, Russell Murphy. Whether a scooter is rented by the minute, subscribed to by the month, or purchased outright, “We’re growing the pie of riders. The industry isn’t cannibalizing itself. It’s really about the growing trend of people moving toward micro-mobility,” said Russell, adding that Lime’s business has “come back strongly” since March, when the San Francisco-based company pulled out of all the markets in which it had been operating, except for South Korea.

Lime has since re-entered most of its former markets, including L.A., where it now operates 5,500 scooters, and Long Beach, where it has 500. But it will continue to focus its business on shared rides. It has no plans to begin selling scooters, Murphy said.

“E-scooters are extremely susceptible to a sudden decrease in demand that comes from a reduction in travel of all types that’s happened during COVID,” said Juan Matute, deputy director of the Institute of Transportation Studies at the University of California, Los Angeles.

Matute said that many scooter companies are exploring other revenue channels such as scooter sales and memberships to show their investors “that they can be nimble, that they have an opportunity to bring in revenue, to ride out this pandemic.”

Buying, rather than renting a scooter, Matute said, is more resilient because the customer doesn’t stop paying just because they aren’t traveling as much.

“I can confidently say we wouldn’t sell as many scooters as we do if there weren’t thousands of scooters on the street educating the public about the value proposition of these devices,” Hyman said. “Lime and Bird, in some ways, they’re a catalyst and in some ways they’re competition.”

But their very existence through an on-demand model left room for a ridership that would ultimately want to own one, which is what Unagi, Bird, and a growing number of scooter companies are all capitalizing on.