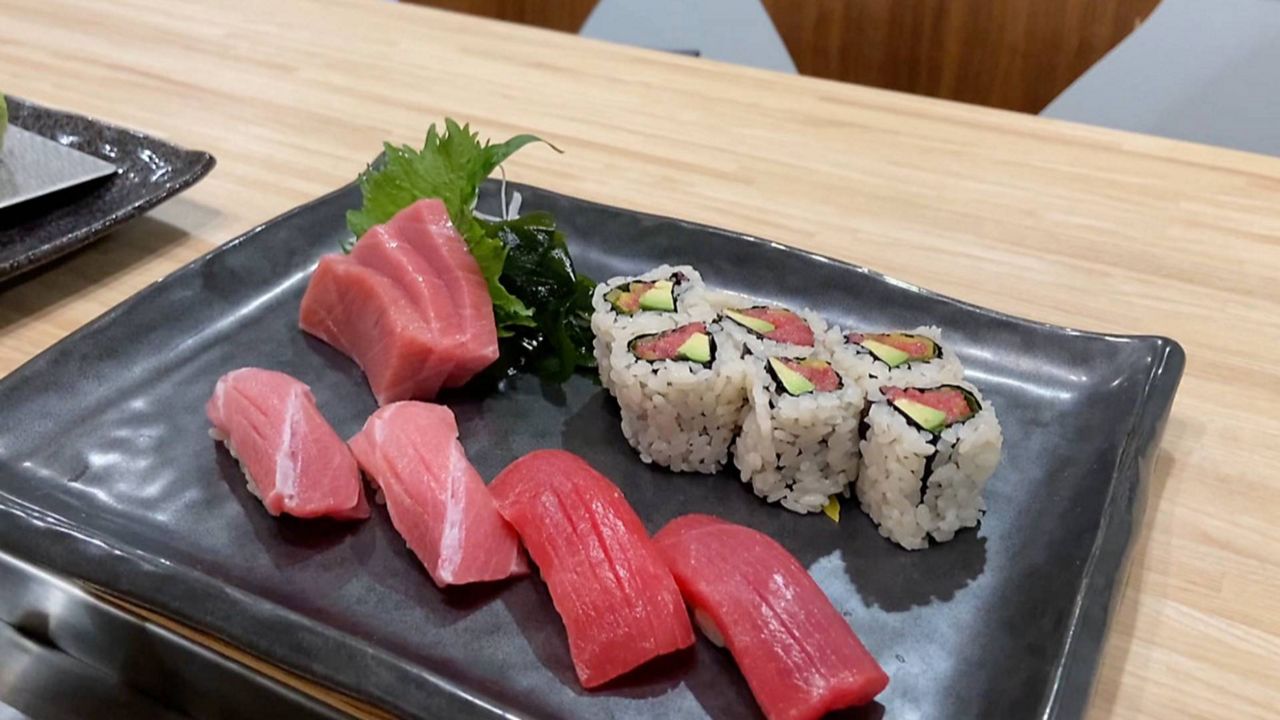 SANTA MONICA, Calif. — If you aren’t looking for it, you may just miss a professional sushi chef perfecting his craft in a small but special space.

Chef Masa Shimakawa is slicing some fresh tuna sashimi in the five-month-old restaurant Soko, which is located inside the Fairmont Miramar Hotel in Santa Monica. With just eight bar seats, it truly is an exclusive, hands-on experience.


The name itself, Soko, means "storeroom," which is where they carved a space for this restaurant in the hotel lobby.

Shimakawa learned the art of sushi in his 20s after college in northern Japan. After perfecting his technique, he traveled around the world from Canada to the states working in different restaurants. He then spent years in Southern California before helping open Soko.

“I can use my talent, and I create new dishes and try to make something no one has ever done before,” he said.

Shimakawa prides himself on using fresh, quality products. Their fish delivery comes in daily with no real menu. You’ll find some options, but he loves to recommend or offer a chef’s choice.

“We can go deeper with interactions and person-to-person service. We can go into detail,” he said.


You’ll also see the attention to detail in the wasabi alone. Most places serve imitation wasabi made with powder, but not at Soko.

When you dine here, you get first-class service. You can tell Shimakawa what you like or don’t like. You can even have him surprise you. Another special aspect of dining at the sushi bar is interacting with other guests, but during this recent COVID-19 surge, they offer separate tables outside for your safety.

An approachable menu option is the bluefin tuna platter, one of the chef’s favorites. Shimakawa serves three different parts of the fish in different forms including the fatty belly, the medium fatty tuna and the lean part of the tuna.

"Even with a full house or just one or two seats, it’s the same thing," Shimakawa said. "As much as I could, we try to do the best and have the customer satisfied."

Dining and its finest at Soko located at 101 Wilshire Blvd. in Santa Monica, Calif.