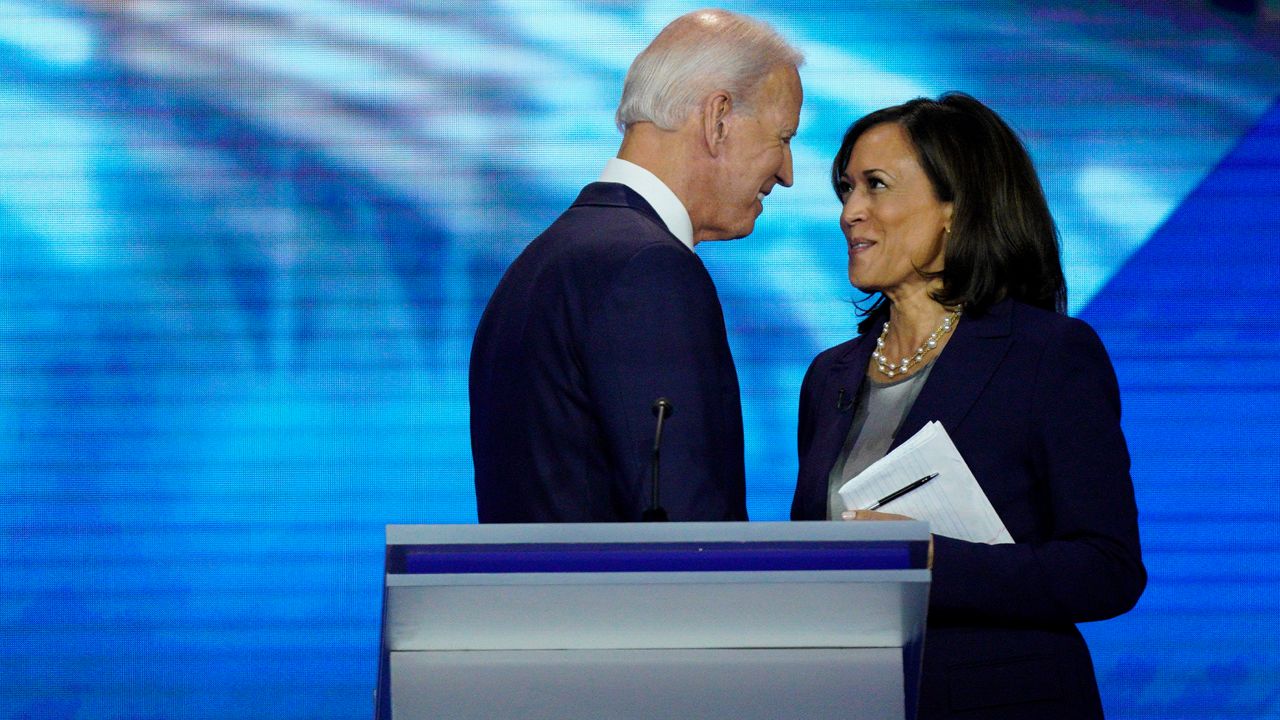 WASHINGTON – Presumptive Democratic presidential nominee Joe Biden has reportedly narrowed down his list of top running mate contenders, as he faces new pressure amid the protests to choose a woman of color. Time and time again, one California Senator finds herself at the top of that dwindling list: former presidential candidate Kamala Harris.

Glynda Carr of Higher Heights, the political home for African American women to organize at the polls, said although Harris’ bid for the presidency ended, a new race to the White House could be closer than ever.

“This year there’s an opportunity for us to show that black women are ready to lead from the top of the ticket to the local elections,” Carr said.

Carr said Joe Biden easily secured the delegates he needed for the Democratic nomination and as the highly-anticipated election is just five months away, the pressure is building for him to name his running mate, although Carr said she is enthusiastic about his one VP promise.

“I would pick a woman to be my Vice President,” Biden had said in a democratic debate with former candidate Bernie Sanders.

New polls show Harris’ favorability has gone up since May, and polling by POLITICO/Morning Consult, taken after George Floyd’s death, found 46 percent of Democrats want Biden to choose a woman of color, up from 36 percent in early April.

In California, if Biden selects Harris and they make it to the White House, Governor Gavin Newsom will appoint a replacement, although it's unclear at this time who that person may be. But in that case, Carr said, while the White House victory would be one leap forward for race and equality, it would also mean losing the one and only black woman in the Senate.

“Obviously if she becomes the Vice President, there is a void,” Carr said. “But the work we have done with the Center for American Women in Politics, the research shows the ‘role modeling effect’. And so there have been gains in the last four cycles; we are continuing to increase the number of black women running for office and frankly the number of black women being elected into office.”

Carr said if Harris is chosen for VP, she hopes the Senator’s story will inspire other black women to run for one of the 33 Senate seats up for election this year, and pave the way for a future black female president.

“The enthusiasm that will create, frankly, is what we’ve always been able to do as black women,” Carr said. “When you fire up a black woman, she doesn’t go to the polls alone; she brings her house, her block, her church, her union, and her sorority. That is what we’re going to do regardless of who is the VP pick, but be clear, that is the work over the summer leading into November that black women will ensure that we will create the momentum to elect a black woman as a Vice President.”

Carr said the ongoing movement for racial justice is a perfect time for Biden to announce a black woman as his running mate and send a message while gaining a boost in the polls.

Carr said Higher Heights wrote a letter to Biden’s campaign encouraging them to choose a black woman as his running mate. They’ve also started the #blackwomenlead social media campaign and updated their website to list other notable women and their accomplishments like California Reps. Maxine Waters and Karen Bass.