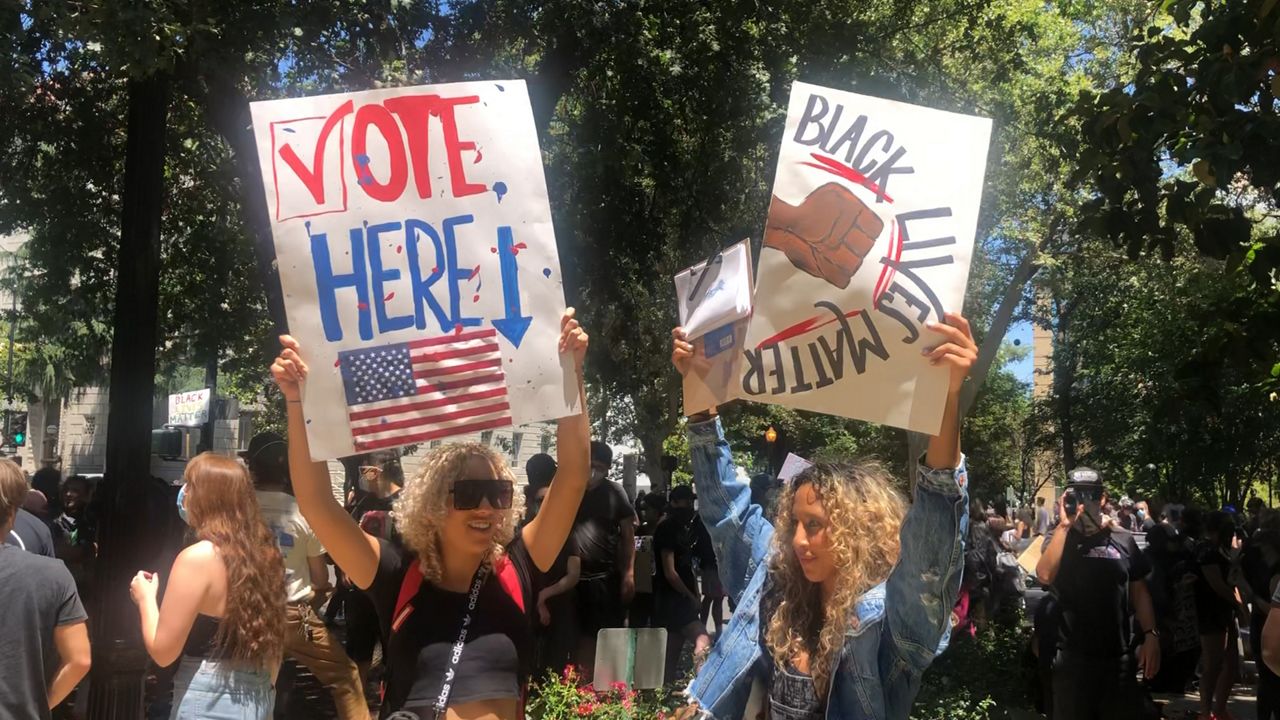 SACRAMENTO, Calif. — As protests continue to take place all across the country, demonstrators in all 50 states are demanding criminal justice reform and an end to police brutality.

One Sacramento woman is hoping to help others bring the same passion and energy that’s been seen in the streets to the polls. Inspired by the famous words of Mahatma Gandhi, Hallie Lewis is fighting to be the change she hopes to see in her community.

Lewis is among the thousands of demonstrators chanting for change in the streets surrounding the state Capitol Building, but she’s not stopping there.

After participating in several protests, she decided to reach out to the Secretary of State’s office to request voter registration forms to bring to the demonstrations.

“It’s important because this is where it counts," Lewis said. "This is where our voice can be heard. You vote to put these people in office that you want to see make change in your community, so that’s what we’re trying to do out here.”

She’s particularly passionate about encouraging millennials – a group with a historically low voter turnout – to go to the polls in November.

“Our generation – [in] the last election barely voted, so we are the change," Lewis said. "We are the people that are going to be able to pave the way for the future.”

“It is our responsibility,” Lewis said. “I want my kids in the future to not have to do this. My grandparents, my parents, they had to deal with this, I think that this should stop here. We shouldn’t have to fight for these injustices anymore. It’s 2020.”

Lewis, who is biracial, said she has had to deal with people thinking she’s either not black enough to be black or white enough to be white throughout her life. She added that it is difficult for her to grapple with such instances because her parents taught her to see no color.

“It’s hard, it’s emotional, but it also inspires you to be powerful and step out on the front lines and scream and shout and get people to vote,” Lewis said.

While Lewis said she believes the fight for racial equality is far from over, she’s inspired by the diversity around her during the protests, and feels proud to be doing her part in our country’s call for change.