GET OUR APPOur Spectrum News app is the most convenient way to get the stories that matter to you. Download it here.
President Ronald Reagan, Queen Elizabeth II, Nancy Reagan, and Prince Philip at Reagan's ranch near Santa Barbara in 1983. (Photo courtesy of the Ronald Reagan Presidential Library)

A photographer looks back at Queen Elizabeth's visit to California

EDITOR's NOTE: Multimedia journalist Chace Beech spoke with the executive director of The British Home about Queen Elizabeth II's visit to Los Angeles in 1983. Click the arrow above to watch the video.

SIERRA MADRE, Calif. — From the moment Queen Elizabeth II's ship, the HMY Britannia, landed in the San Diego Harbor in February 1983, George Rose chronicled her majesty's journey across the West Coast to millions of readers in Southern California.

At the time, Rose was the Los Angeles Times photographer assigned to cover the queen and her husband, Prince Philip, during a 10-day goodwill tour visit across the Golden State and Pacific Northwest.

"It was a grueling assignment," said Rose in an interview Thursday with Spectrum News. "I remember it rained the entire time. It was the classic El Niño storm up and down the coast, and it wasn't until we reached Seattle that it cleared up."

Queen Elizabeth II died at 96 on Thursday, after having served over seven decades on the British throne. People around the world remembered her impact and her trip to the West Coast. 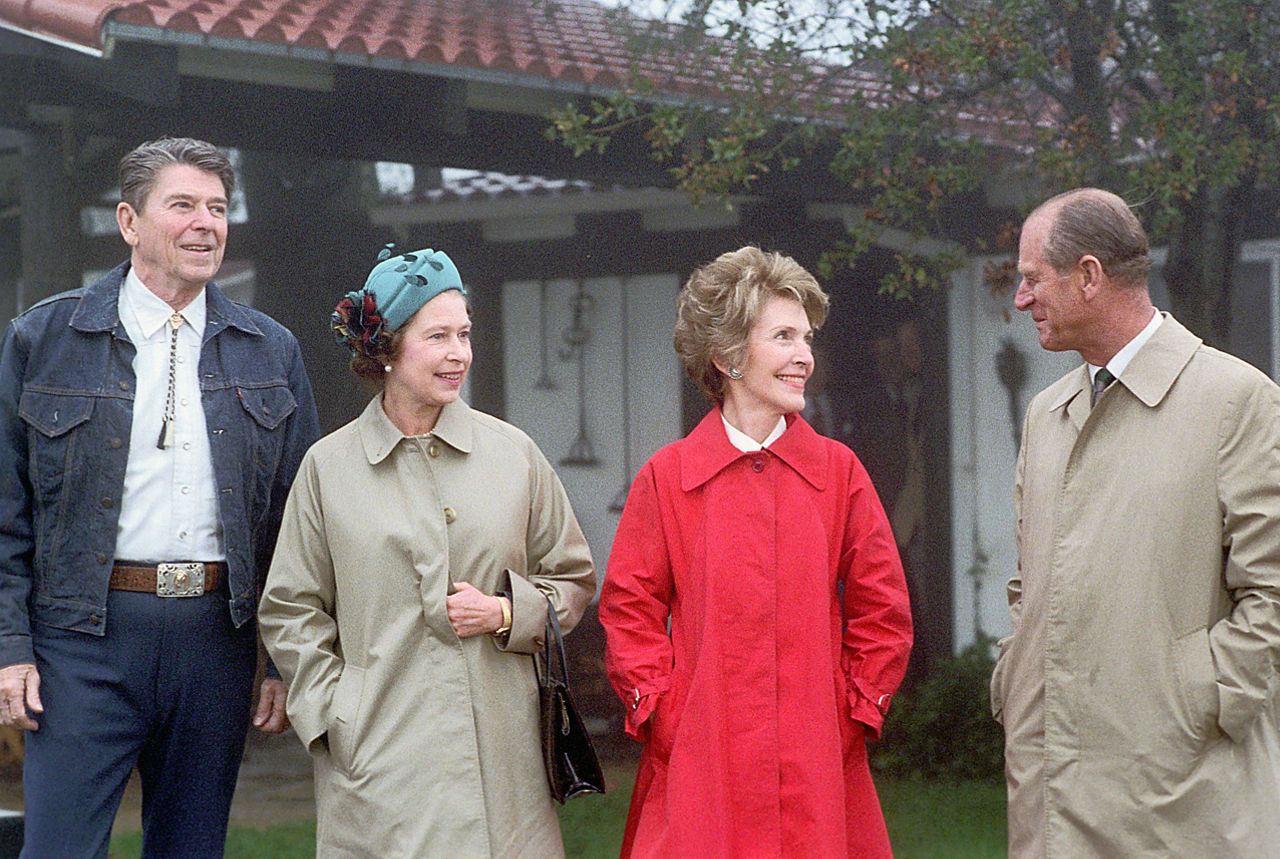 Queen Elizabeth visited the West Coast from Feb. 26 to March 16, 1983. Then-President Ronald Reagan personally invited the queen to visit California the year prior.

Royal Historian Robert Hardman told the BBC that in 1982, President Reagan, who was visiting Windsor, asked her to come to Hollywood. The queen was very fond of Reagan.

"She loves Hollywood," said Hardman in a March interview with the BBC. "She had always wanted to go, and if you're a monarch, you always had to go to Washington, D.C., if you're the head of state because that's where it happened. Reagan said, 'Look, forget all that. Come to Hollywood,' and the queen was actually thrilled to go to Hollywood."

During her 10-day trip, the queen first visited San Diego and Los Angeles, where she met with then-Los Angeles Mayor Tom Bradley and greeted the LA City Council. Before meeting Reagan in Santa Barbara, she made a brief stop to visit the British Home in California, a retirement home for British ex-pats in Sierra Madre.

She continued north to San Francisco, Sacramento, Yosemite, and then Seattle.

Rose was 25 years old and had worked at the Los Angeles Times for about two years. None of the other LA Times photographers requested to cover the queen's visit. It was randomly assigned to him, he said.

It was a tough assignment.

Aside from dealing with the hellacious rain, Rose soon became part of an entourage and pool of photographers following the queen and Royal Family.

"There were hundreds of other photographers from all over the world, including the royal paparazzi and royal photographers," said Rose. "There was also the Associated Press, UPI, Newsweek, Time, and other LA Times photographers."

He added that photographers used film that needed to be developed in those days. So there were a lot of messengers used to deliver his film back to the LA Times office to be processed and published.

"It was a whirlwind of photo ops. With the photographers, there was also a phalanx of handlers from Buckingham Palace orchestrating the whole event," he said. "There were guards that kept everyone behind the rope and would pave the way for the queen to exit the building into a waiting SUV or limo."

He said the queen was in her element when meeting with the press.

"She was always good at stopping, smiling, waving, and chatting," he said. "I think I only saw her scowl once."

Rose recalls shooting photos of the queen walking the red carpet with first lady Nancy Reagan and Hollywood and British stars such as Michael Caine and Rod Stewart during a star-studded dinner at 20th Century Fox Studios.

He took an iconic photo of her in front of Yosemite. He remembers that a few secret service agents assigned to protect her died in a crash during that Yosemite trip.

He was also on the motorcade capturing photos of protesters in Sierra Madre yelling at the queen to get the British out of the Falkland Islands.

But his biggest regret was not capturing a beautiful photo of her with Reagan at his ranch Rancho del Cielo, near Santa Barbara. The fog and heavy downpour ruined the photo op.

"She would always light up with Reagan," he said. "If you've ever seen Reagan's ranch, it's this beautiful place overlooking the Pacific Ocean. The rain curtailed that photo op." 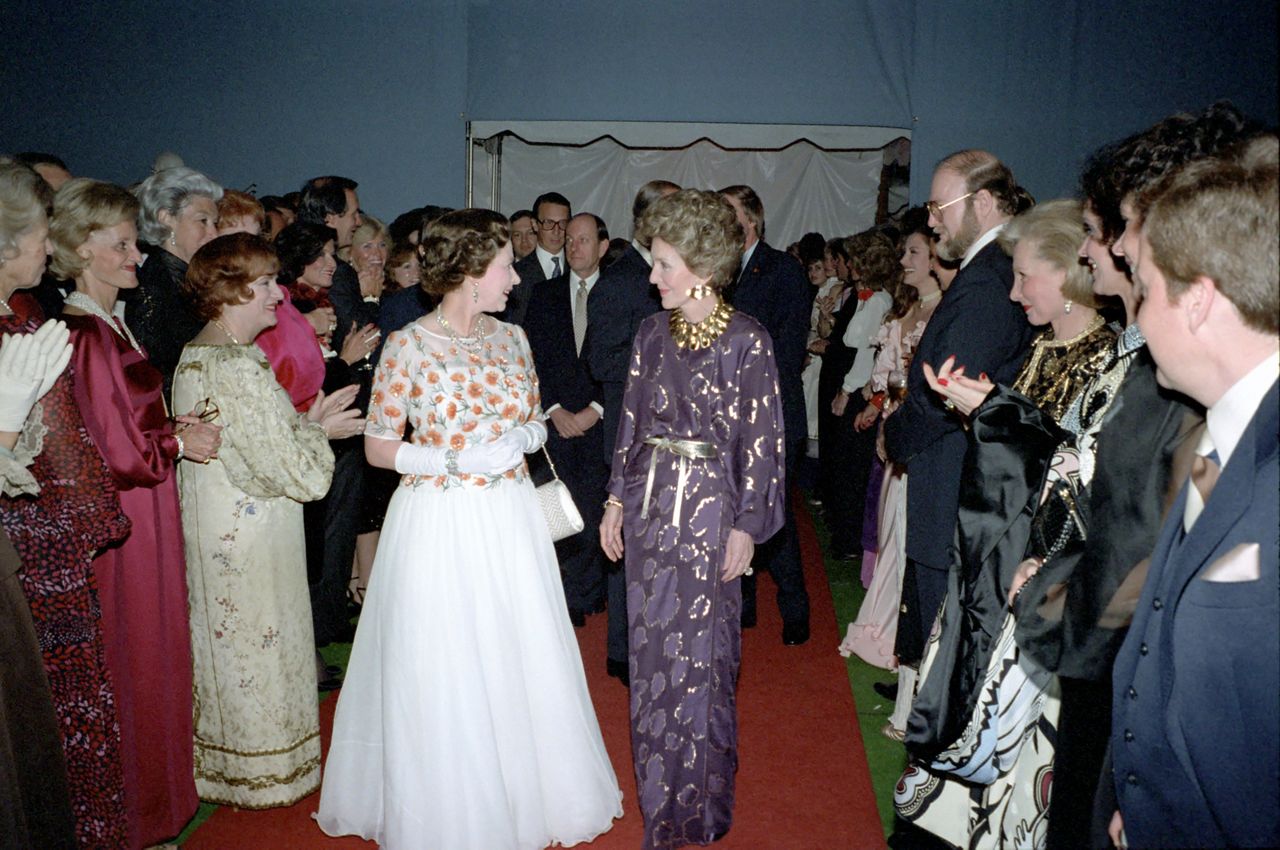 The Ronald Reagan Presidential Library said the former president and his wife were very fond of Queen Elizabeth II.

"Ronald and Nancy Reagan had the greatest admiration for Her Majesty, Queen Elizabeth II, and it is with great sorrow and heavy hearts that we heard of her passing," the Reagan Foundation wrote in a statement. "On behalf of the entire Reagan Foundation and Institute Board of Trustees, we send our thoughts and prayers to the Royal Family and to all of Great Britain."

After her trip to California, he followed her to Seattle, where she gave a speech at the University of Washington.

Rose said he never met Queen Elizabeth in person during his assignment. He never got closer than 10 feet from her.

Still, he enjoyed being part of history.

"I feel gratified to be a small part of history," he said. "When you work for a big newspaper, you're part of lots of history and I'm proud of the work I did while working at the LA Times."

After spending seven years at the LA Times, Rose freelanced for USA Today, Rolling Stones, and other entertainment publications before buying a newspaper in Mendicino. He then got into the wine business and served as a communication executive at several wine companies.

When he heard about the Queen's death, he felt sad.

"She lived a long, wonderful life," he said. "She will not be forgotten any time soon. God save the king."

You can see some of Rose's photos of Queen Elizabeth II here.