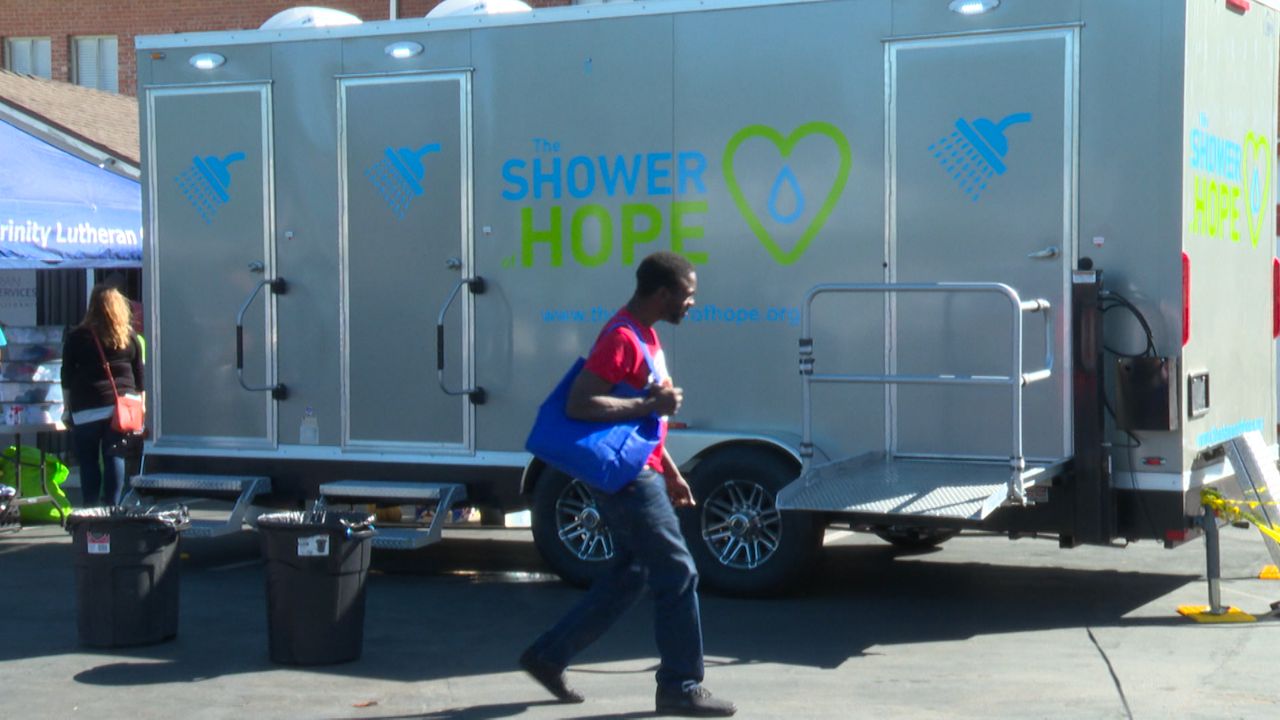 RIVERSIDE, Calif. — On Thursdays, you can find Bridey Coleman in a parking lot waiting for her turn to take a shower.

“Even if it’s once a week, that’s better than nothing,” said Coleman, who is from Riverside.

Coleman has been homeless for more than half of her life and at 63, she’s turned down shelters, so she can sleep with her dogs in her Ford truck because she won’t leave them.

“Would you get rid of your kids to go into a shelter or to be housed? I don’t think you would. Those are like my kids,” said Coleman.

She stays close to her truck but is willing to step away to get clean because she trusts the volunteers at Trinity Lutheran Church and the organization, The Shower of Hope.

These next few weeks with her dogs are precious because she’s overdue for a knee replacement surgery.

“They said I could be in rehab for six months. I don’t have anyone to watch them for six months unless I’m in a place,” said Coleman.

The Inland Empire Health Plan is partnering with nonprofit organization, The Shower of Hope, to add Riverside on its list of communities in the Southland in need of access to clean showers.

There are 1.4 million patients in need of Medicare and Medicaid plans and the rising number of people experiencing homelessness. Senior Director of Community Health at the Inland Empire Health Plan, Cesar Armendariz, says this is a proactive way to address homelessness.

“It’s been great to be able to work alongside the Shower of Hope. We provide services and really give them hope in a dignified manner. We’re restoring dignity to them and starting the conversation to bring them back on the road of recovery,” said Armendariz, who is also a Shower of Hope board member.

The Shower of Hope has provided more than 100,000 showers over the last four years in Los Angeles, Kern and Riverside counties. While most of the guests on the shower lists are chronically homeless like Coleman, since the pandemic began, the organization is seeing more people with jobs and without homes in need of showers.

“A shower, in truth, is taking a birdbath at a gas station. When you don’t have access to showers for awhile, not only does your health situation deteriorate, but when you come to an understanding that you’re not clean, your mental state deteriorates. So for a person on the street, this isn’t just a way to keep clean and be healthy; it’s a way of knowing that they’re clean and having dignity,” said Mel Tillekeratne, co-founder and executive director of The Shower of Hope.

After her shower, Coleman wore a donated outfit and felt clean.

“Clothes might not always fit, but it’s something else to put on when you don’t have nothing,” said Coleman.

Everything could be changing for Coleman. After her shower, she got connected to some resource workers who are going to try to find her and her two dogs a place to stay, so she can work on getting back on her feet.

Visit The Shower of Hope for more details.