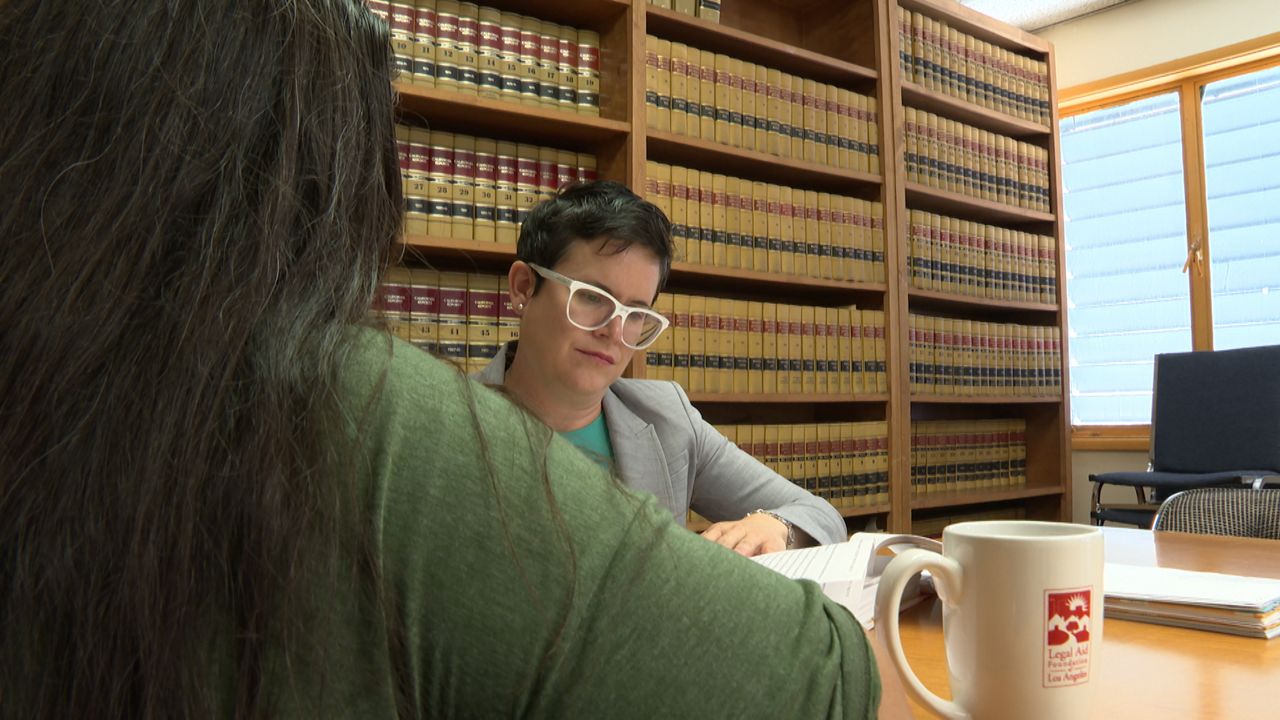 LOS ANGELES – With 11 million immigrants in California, the Golden State has the highest immigrant population in the United States. While most of the state’s immigrants are naturalized citizens or have some type of residency, the latest research from 2017 estimates more than 2.3 million people are undocumented.

With the fear of being deported by U.S. Immigration and Customs Enforcement, crimes against undocumented immigrants are more likely to go unreported. One woman I spoke with asked to go by the name 'RMG' and shared her story.

"I never called before because I was scared. He would say, 'If you report me, you don’t have papers, they’re going to deport you.' And I would be quiet,” RMG, who is applying for her U Visa, said.

“He pulled me down by my hair in front of my mom who had come from Mexico. The physical abuse was so intense that he would also end up being verbally abusive to my mother,” RMG said.

Nearly two decades ago, Congress created the U Visa to encourage undocumented immigrants like RMG to report crimes they have witnessed or have experienced and help law enforcement investigate. In exchange, individuals can essentially begin their path to residency in the U.S. by applying for the U Visa.

In 2015, RMG said the abuse escalated when her ex-husband threatened to kill her children, pushing her to finally call  police despite her immigration status.

“For many years I was threatened, and he threatened only me. But when he threatened my kids, I decided to report him and not be quiet anymore,” RMG said.

She said she called and worked with police to protect her family. But it came at the cost of her becoming a single mother with no income and identifying herself to law enforcement.

It’s experiences like hers that the Legal Aid Foundation of Los Angeles said qualifies undocumented immigrants to apply for a U Visa that would allow them to receive a work permit and to potentially gain residency in the U.S.

Congress allows 10,000 of these visas to be approved each year. According to the U.S. Citizen and Immigration Services, the cap has created a backlog of applications with nearly 250,000 U Visa applications left pending.

RMG has been waiting for an answer for over three years with others waiting even longer. That’s why RMG and 10 other violent crime survivors and family members sued the U.S. Citizenship and Immigration Services to get an answer.

“We hope that it will lead to some type of issuance of a work permit or prima facie notice something that will give these plaintiffs who have already complied with the law and did everything they can to help law enforcement, give them that type of security,” Brigit G. Alvarez, Senior Attorney with the Legal Aid Foundation of Los Angeles said.

Now, RMG said all she can do is wait, with the hope that a decision will come in before any run-ins with ICE officials.

“I feel like a shadow I feel like I should have an answer by now to have a job because I am a single mother. To get my kids ahead, I need my work permit,” RMG said.

As of this article, RMG’s application remained pending. But she hopes by sharing her story others will understand the experiences some undocumented immigrants have gone through.