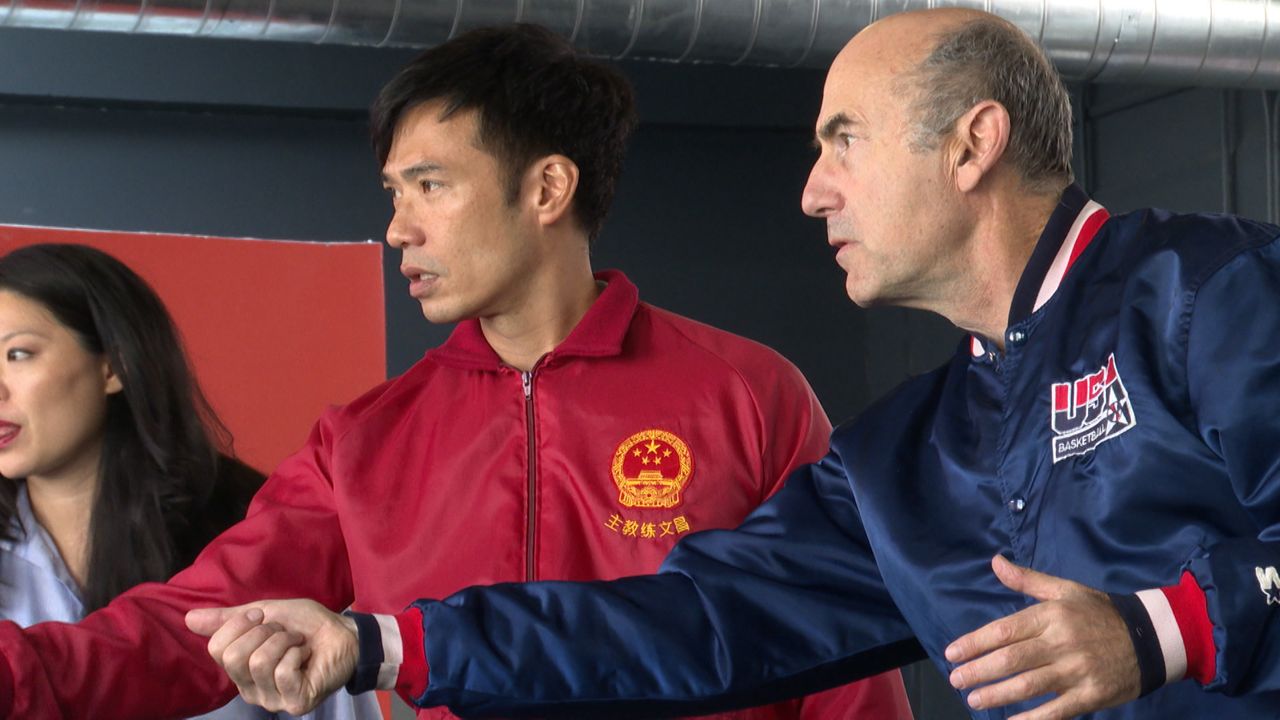 BD Wong Jumps Back into "The Great Leap" as Director

PASADENA, Calif. –  Scoring a part is exciting. Scoring the part of a basketball player is work. But Justin Chien is up for the challenge.

“I don’t think I’d be doing my job very well if I was playing a basketball player and I didn’t know how to play basketball," he said, demonstrating some skills. "So I’ve been training a lot.”

Chien is playing Manford in the L.A. premiere of the play The Great Leap -- a co-production between the Pasadena Playhouse and East West Players. The USC grad says he’s auditioned for East West Players five times and is excited to finally make the team.

But what he's most excited about is the chance to work with BD Wong.

“Being able to work with such an established artist that is an example and a role model in not only the Asian American community but also the LGBTQ community is something that I was tremendously excited for and I’m excited to continue to learn from him," he said.

Wong is very familiar with the show. He’s acted in it -- twice -- on opposite coasts in two very different productions. So when the opportunity arose to direct it, he jumped at the chance.

“There’s a lot of flexibility that a director has in directing a production of this play," Wong said. "It’s a juicy play to direct.”

It’s a bit of a homecoming for him as well.

Wong worked with both the Pasadena Playhouse and East West Players when he first came to L.A. in the 1980s. He loves this collaboration between California’s state theater and the oldest Asian American theater in the country.

“All of our pioneers and role models worked at that theater at some time in Los Angeles," he explained. "It’s a very important institution to us as a community.”

The show centers around a basketball game taking place in Beijing during the time of the Tiananmen protests. It’s hard not to draw some parallels to current events.

“The relationship between basketball and China has been discussed in the news," Wong said.

But Chien tries not to focus on that. Born in Taiwan, he grew up in Hong Kong so of course he’s is following the news of the current day protests.

“It’s a very sensitive subject," he said. "My family and I talk about it frequently. My dad travels to Hong Kong from Taiwan almost twice a week.”

But for Chien, this isn’t a play about politics.  It’s about family and finding your identity.

And that’s the ball he’ll be keeping an eye on each night from when the curtain rises until the buzzer sounds.

The Great Leap runs at the Pasadena Playhouse from November 6 through December 1. Tickets and information can be found here.