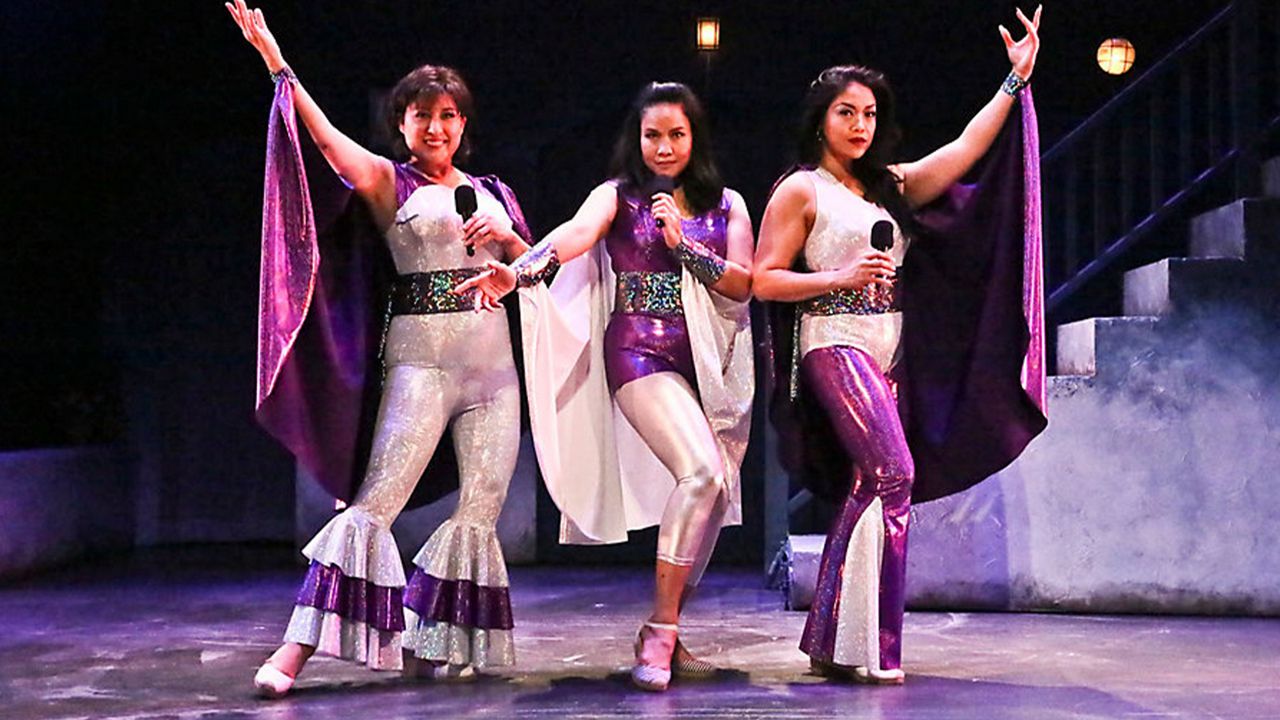 LOS ANGELES -- The music is irresistible. The lyrics, ingrained in our minds. But just one look and you know this is not your typical production of Mamma Mia.

“This is what’s great about coming to East West," said actress Joan Almedilla. "They always put an Asian touch to their productions.”

Almedilla is playing Donna in the East West Players production that opens this week. She says the reason the musical has been so successful is that the story is universal.

Casting however hasn’t always reflected that universality, either onstage or in film. Until now.

It’s all part of the theater’s mission to give Asian American artists a chance to play roles they might not traditionally be considered for.

"Because of race and ethnicity, it felt like opportunities were limited," said Snehal Desai, the theater’s Producing Artistic Director and director of Mamma Mia.

He says the theater company’s aim is to give Asian American artists a home and a voice, premiering more than 100 new productions about the Asian Pacific American experience. For entertainment, sure, but also as a means of change.

“To put a face and a name and a story to a cause,” said Desai.

Even the building the production is housed in has a story. Built roughly a century ago, it’s a designated historic site.

“It’s one of the locations here in little Tokyo, where Japanese Americans could bring their things before they were sent to the internment camps," Desai explained.

East West Players moved in 20 years ago, but the company dates back to 1965, a time when Asian American artists felt limited to playing stereotypical roles in film and TV.  Now Desai says networks and studios come to them to find new talent.

“Rarely does a day go by that we don’t get an email or a call from someone asking us for casting help," he said. "They want to cast Asian Americans in roles but they don’t know where to find those artists.”

“It’s really a no brainer," according to Almedilla. "It’s such a diverse world and how could you not make it real on stage.”

The actress would like to see multicultural casting become more of the norm. She toured as Fantine in Les Miserables and her son CJ, who worked with her in The King and I, has dreamed a dream of his own: to one day star in Dear Evan Hansen.

“It doesn’t block him, anything like well, 'I’m Asian American,'" she said. "He’s just like, ‘I want to be on that stage one day and sing that song,’ you know?"

Her hope is to inspire young people of all backgrounds to use their voices without limits.