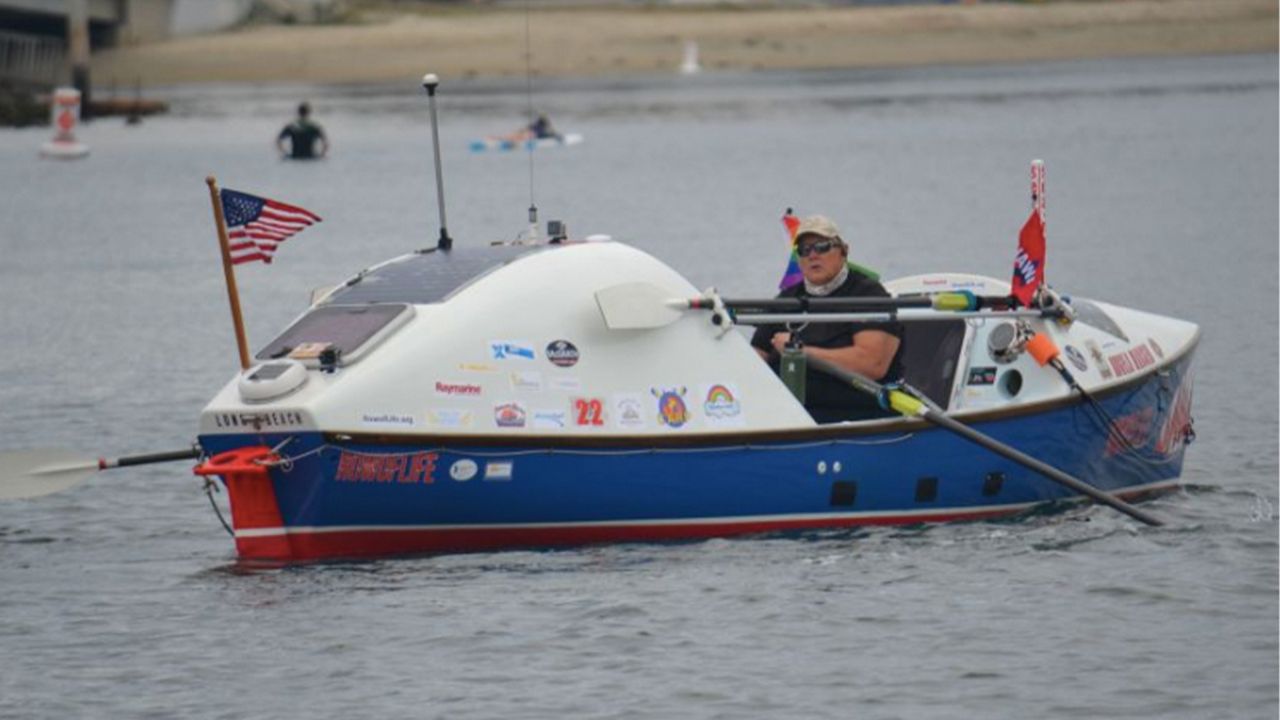 Paralympian Strived to Solo Row Across the Pacific Ocean

Angela Madsen could be described as someone who lived a thousand different lives. At 30, she became paraplegic and homeless.  Madsen transformed herself into a three-time Paralympian, author, and grandmother. But LA Times reporter, David Wharton writes, she still had the desire to accomplish even more. So, at age 60,  she attempted to row solo across the Pacific.

Madsen grew up in a military family in Ohio. She was a good athlete in high school and had big dreams. But, then she got pregnant in high school and ended up joining the military. She hurt her back playing basketball for the championship team there, and after years of pain, she got a series of operations and that is what lead to her becoming paraplegic.

One day, Madsen fell headfirst off her wheelchair in San Francisco, and while she felt embarrassed and upset about the incident, she thought to herself that she needed to be grateful for what she dhad. That moment changed the rest of her life. "

"She was feeling really bad and had not acclimated to being in a wheelchair. But those few minutes after falling headfirst onto the tracks and being pulled to safety, she was worried that she was going to be totally paralyzed, and suddenly being a paraplegic seemed like a much better deal. It was at that point that she started getting back into sports. She started playing wheelchair basketball. About a year later, she learned to be a rower,” said LA Times reporter David Wharton.

After learning to become a rower, Madsen participated in her first Paralympics, as a rower, before she switched to track and field later on. So, here we have this friend, mom, grandmother, who can do so much, but to row across the Pacific, Ocean solo was something that concerned her family and friends. Her wife in particular had tried to talk her out of it.

“She would go do things because she had to prove to herself she could. That’s why she had to row solo. It didn't mean she wasn’t afraid, but you can’t just live afraid, you have to push those envelopes,” said Angela’s wife, Debra Madsen. Angela began her trip from Marina Del Rey in late April.

“It’s a 20-foot boat, and its got cabins in the front and back, and she could sleep in the back and keep all her food and electronics and desalinator for making freshwater in the front. She would sit in the middle to have room to row and she had to do everything. I mean, a lot can go wrong on a 20-foot boat in the open seas and she would have to make fixes along the way. And, it was a malfunction that actually forced her to go into the water to try to fix a type of anchor that you put down in a storm to keep your boat as steady as possible. So she would have to get out of the boat make that fix and that is where she ran into trouble,” added Wharton.

Madsen’s wife, Debra Madsen said she had a really dark feeling in her chest, and she knew something was not right. “I talked to the Coast Guard out in Hawaii, that oversees that part of the Pacific. That’s 14 million square miles —it’s almost impossible to find one 20-foot boat out there even with the electronics she had,” said Wharton.

First, the Coast Guard was able to locate a military plane that was on a pre-scheduled flight from California to Hawaii. That jet flew over and could see Angela Madsen in the water, still tethered to her boat.

“They reported back to Honolulu that she made no sign that she was aware of their presence. Then the Coast Guard contacted a ship that was on its way from Oakland to Tahiti, and the captain agreed to reroute and go find her. They were able to find her the next day, and she was in the water, dead. They cut her loose, let the boat drift away and brought her body aboard, and took it to Tahiti,” said Wharton.

Angela Madsen, a military veteran and three-time Paralympian, attempted to be the first paraplegic person to row solo across the Pacific. She was confirmed dead June 22 by a passing cargo ship.