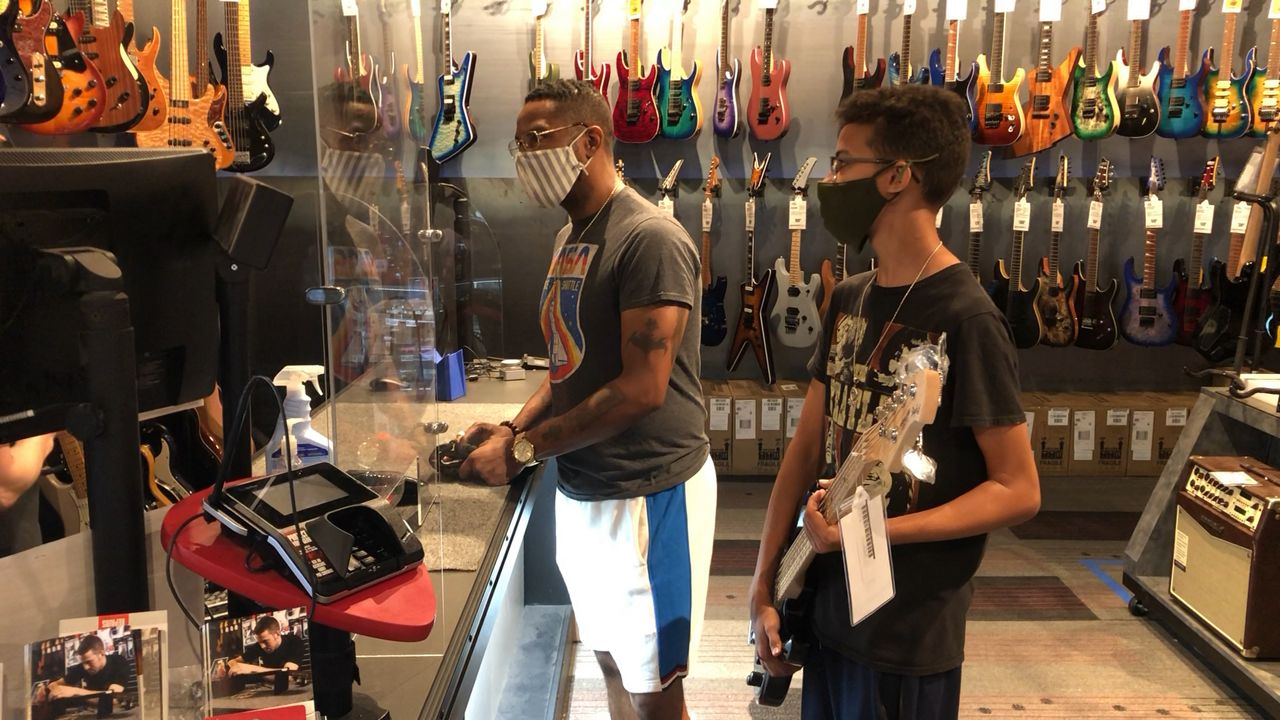 HOLLYWOOD, Calif. – On a Tuesday afternoon, there was a line to get into the Guitar Center on Sunset Boulevard in Hollywood.

"It can be a half hour wait, an hour wait – depending on the day," said store manager Scott Annesley.


Annesley runs the company’s flagship store, and the biggest and busiest Guitar Center in America. As of lately, he has had his hands full. "If someone demo’s a guitar, then we gotta clean the guitar, put it back," he said. "Everything moves just a little bit slower."

Annesley's also seeing more people turning to music as a creative outlet during the pandemic, and the company has seen triple digit growth in guitar sales. "A lot of people starting guitar, piano, DJ. A lot of people like picking up stuff for the first time," he said.

He said that's especially true for podcasts and other types of content creation, where Guitar Center said sales numbers are three times what they were during this same time last year.

"The podcaster, content creator stuff has really been flying off the shelves because people are home, and they really just want to have something to do," he said. "Even professionals [are saying], 'The studio I normally go to is closed. I need to do something at home.'"

James Mitchell, Jr. came into the store with his father, looking for a good beginner bass guitar. "I really like the sound, the heavy notes," said Mitchell, Jr.

His dad, James Mitchell, Sr., has had more time to play the guitar at home, which he thinks may have helped inspire his son. "I thought he would have naturally wanted to pick up the guitar, but he’s interested in the bass. He likes the deep rumble," said Mitchell, Sr.

After roaming the aisles, Mitchell, Jr. made his decision. "It feels good when you’re holding it," he said.

It is something Annesley can relate to. He’s been playing guitar since he was 13, and feels at a certain point, there’s only so much people can watch and stream online.

Whether acoustic or electric, Annesley feels the joy of making music or writing your own song can be an uplifting and comforting experience at a time when people need it most.

"Even if it’s not the best thing in the world, it’s something that’s yours and having something that I made, I created, there’s a certain amount of pride that comes along with that."