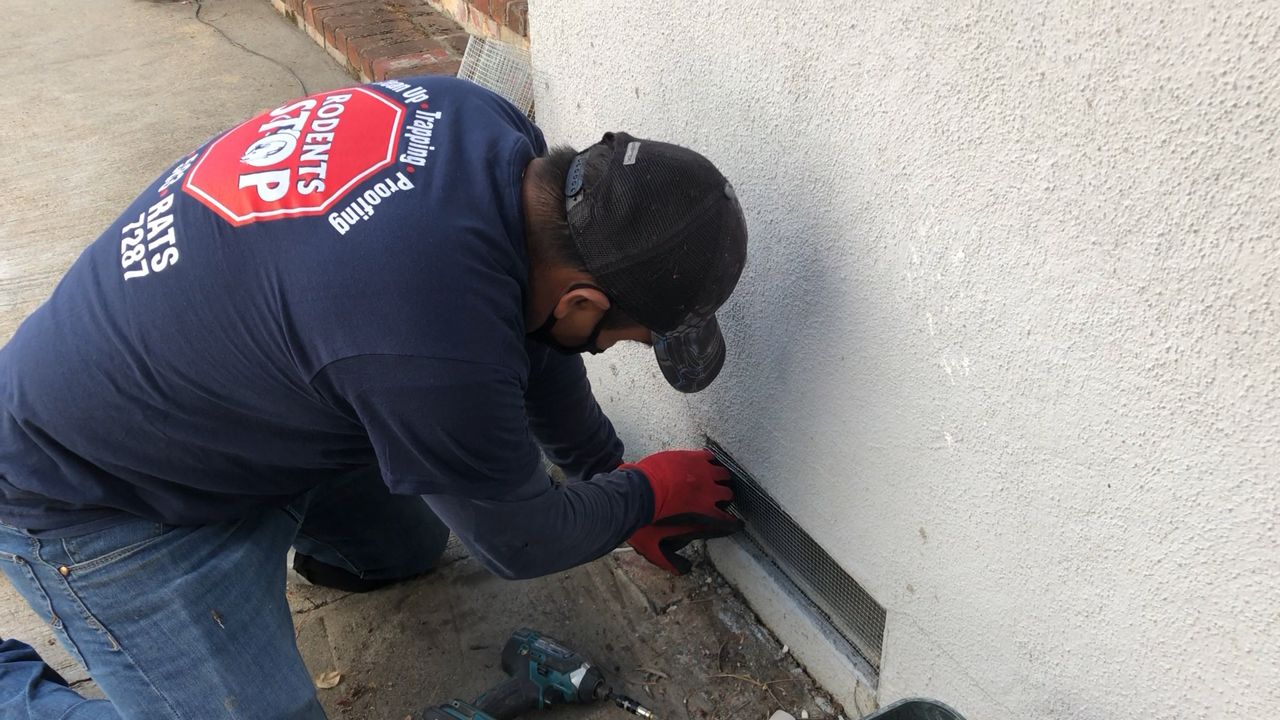 SHERMAN OAKS, Calif. — According to experts, it doesn’t take much room for a rat to get into your home. Any hole the size of a dime or larger will do the trick.

"Anything that’s not full grown, if it’s a mouse or a baby rat, they’re in there," said Heather Goldfarb, General Manager at Rodents Stop.

Her workers often have to replace damaged crawl space doors at the bottom of the house to seal places where the rodents can enter. "They go up into the walls, into the attic, and they have full access into the house," Goldfarb said.

The Van Nuys-based company was called out to a home in Sherman Oaks after the owner, Irion Derouen, heard noises in the house. "Flap! Flap! Flap! Flap! [It was] like tails flapping," Derouen said.

Goldfarb said about 90% of the calls and problems comes from people hearing noises.

"It seems like with the closure of a lot of restaurants — and just businesses in general — that the rodents are looking for new places to go," Goldfarb said.

Much like us, she said the pandemic has also turned their world upside-down, forcing them to find new sources of food and shelter.

Workers examine the entire house from top to bottom, looking for any openings that could let the rats enter the house. They then seal off those entry points. Goldfarb said if you see one rat, more will likely appear.

"When you get one that mosey’s on in, you can kind of expect more to follow because of the pheromone trail that they’re following, which can be followed for up to 5 miles," she said.

Once the house is proofed, workers use a special spray to neutralize those pheromones. Goldfarb advises people, despite the summer heat, to not leave doors and windows open if they’re not properly screened. She said even putting pet food outside can attract rodents.

"With people being home, you have more of an opportunity to see everything. A lot people are doing their spring cleaning in summer, so they’re finding a lot of stuff that they wouldn’t normally find," she said.

"I thought I was quarantining by myself and realized I had an army of rats upstairs," Derouen said.

But she’s grateful for this modern-day pied piper that can send the rats packing.