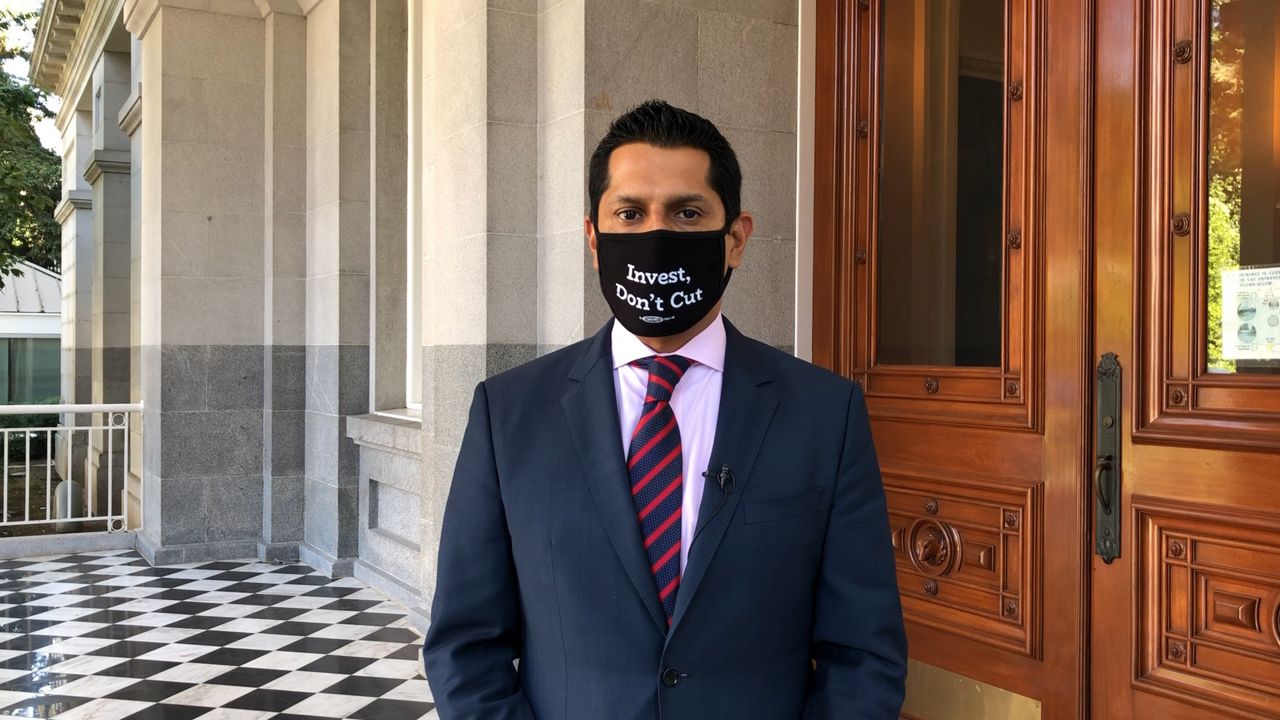 SACRAMENTO, Calif. — California has the highest personal income tax rate in the country at 13.3 percent, and with COVID-19 disproportionately impacting low-income communities, some state legislators said rich Californians should pitch in a little more. One Southern California assemblyman is proposing a so-called ‘millionaire tax,’ which he said would create revenue for schools and boost the state’s economic recovery.

Assemblyman Miguel Santiago, D-Los Angeles, who represents Downtown L.A., Boyle Heights, and Koreatown, said it’s been heart-wrenching to see the amount of families in his district suffering from the coronavirus crisis.

“I’ve seen people who are so desperate and waiting for hours in line for grocery baskets that you know that they would want to get back to work, and you know they’re desperate to feed their kids,” Santiago said.

Santiago volunteers at food banks every weekend, where he talks to families who have lost their jobs and are unsure how they’ll provide the next meal for their kids.

Californians are jobless, struggling to buy groceries and pay rent. AB 1253 is the solution we need to bring in billions per year to address CA’s recession and support people through these tough times. pic.twitter.com/O7AuiDNa9U

The L.A. legislator is proposing a 1 percent tax hike on incomes over $1 million, 3 percent on earnings over $2 million, and 3.5 percent on households that make more than $5 million. Santiago said the new revenue would be invested in schools and other government services, such as health care and unemployment benefits.

“This is the house of ideas, this is where we debate ideas, and so I think it’s appropriate that we include this idea in the debate. I think it’s a good step forward,” Santiago added.

“We already have the highest personal income tax rate in the nation – that may be a disincentive of all people moving to California,” Senator Moorlach said.

Other opponents of Assembly Bill 1253, such as the California Taxpayers Association and the Family Business Association, fear it would drive out the Golden State’s richest residents.

“This idea that people are going to pick up and leave California because they got to pay 1 percent more. I just don’t buy that,” Santiago said.

Instead, Santiago sees the bill as an opportunity to set the tone for what he refers to as a better California.

So far, AB 1253 is backed by some of the state’s largest labor unions, educators, environmental groups, and a handful of Democratic legislators. However, it is not scheduled for a vote this legislative session due to time constraints caused by COVID-19.