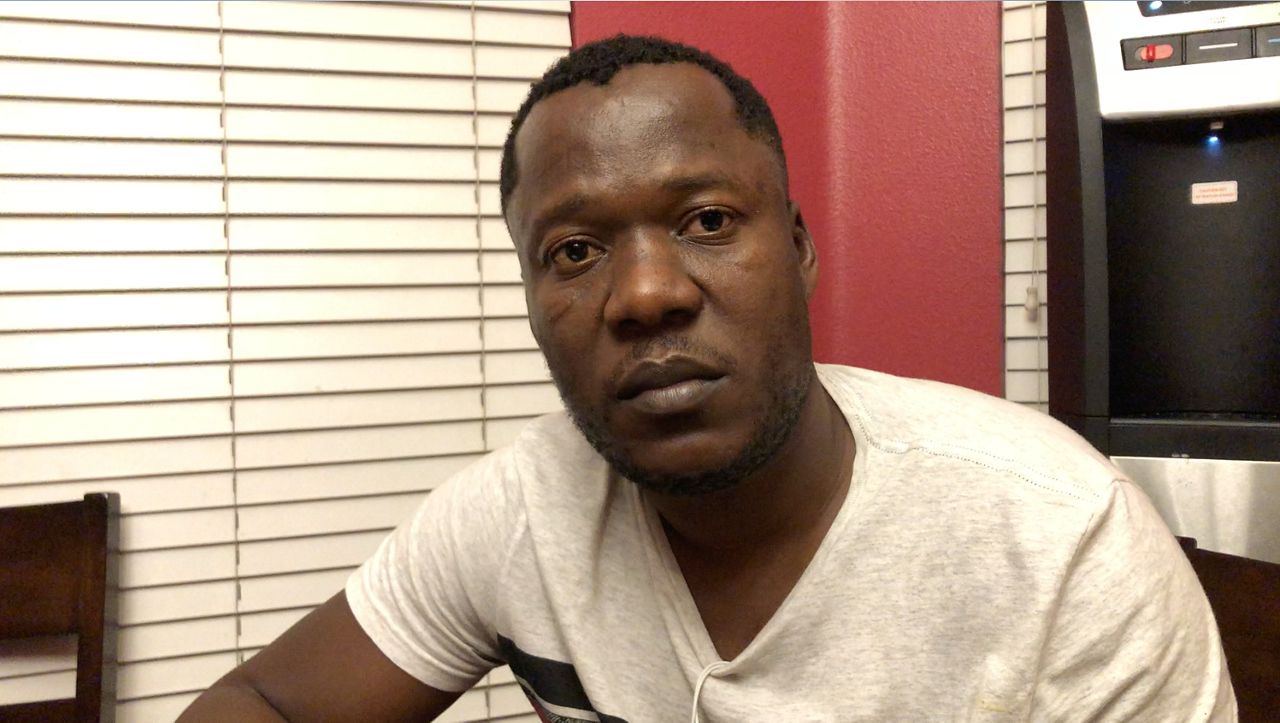 "It Could Save My Life," Asylum Seekers Elated for a Biden Administration

"There are several times that I've been sleeping like getting nightmares that I'm being chased by the police in Cameroon," Abajeih said.

Abajeih has been chased, arrested, and allegedly tortured by the Cameroon police since 2008 for his and his family's political beliefs.

"The room that I was being beaten inside, there was a pole. They asked me to suspend myself, like hold the pole, sustain myself for a long period of time. The military were prepared that immediately I fall on the ground, they would kick me, they would punch me and order me to go back on the pole continuously," Abajeih said.

He took planes, buses, and even walked four days through the jungle to get to the United States.

When he arrived, the fight for asylum begun.

Since taking office, President Trump has continuously dismantled the asylum system by limiting where immigrants can claim asylum and how many can do it per day.

Sick, exhausted, and broke, Abajeih waited in Tijuana for a month and a half until he was allowed to enter the country.

"We went to immigration, and they gave us [a] number, and every day we have to go to the immigration line to wait. They call the number gradually," Abajeih said.

Parole approvals for asylum seekers have nosedived under the current White House administration. Abajeih was stuck inside the Adelanto Immigration Detention Center, despite a COVID-19 outbreak that sickened hundreds in the facility.

The administration also has made work permits for asylum seekers hard to get. Abajeih wove purses out of cookie packaging while in detention to get a few dollars in his pocket, he said.

"This administration has made it extremely difficult for immigrants to seek and gain asylum here in the United States," Czapanskiy said. "We have seen countless regulation proposal and rules changes that have essentially eroded asylum protections for deserving migrants."

Abajeih's case has been denied, and so his nightmares could soon become real.

"Going back to Cameroon would be like sending me back to where I'll be executed or possibly killed," Abajeih said.

He is not losing hope. The long process could work in his favor, as fortunes can change along with who the next president will be. That is why he kept a close eye on the election and is now hoping a Biden presidency might save his case and possibly his life.

"I feel very, very, very happy that he wins because I might succeed in obtaining asylum," Abajeih said.