NEWPORT BEACH, Calif. - Mini donuts are physically small, but they have played an enormous role in the life of Leslie Nguyen.

Her donut making machine, which resides in a kitchen corner of Ten Sushi And Cocktail Bar in Newport Beach, has fried and flipped 388,983 donuts.

“This actually counts all the mini donuts that are made out of this machine. We currently have three machines of donuts,” Nguyen said.

Ten Sushi And Cocktail Bar, attached to Bosscat Kitchen & Libations, is part of the restaurant group that Nguyen and co-founder John Reed manage as part of their BCK Management group. 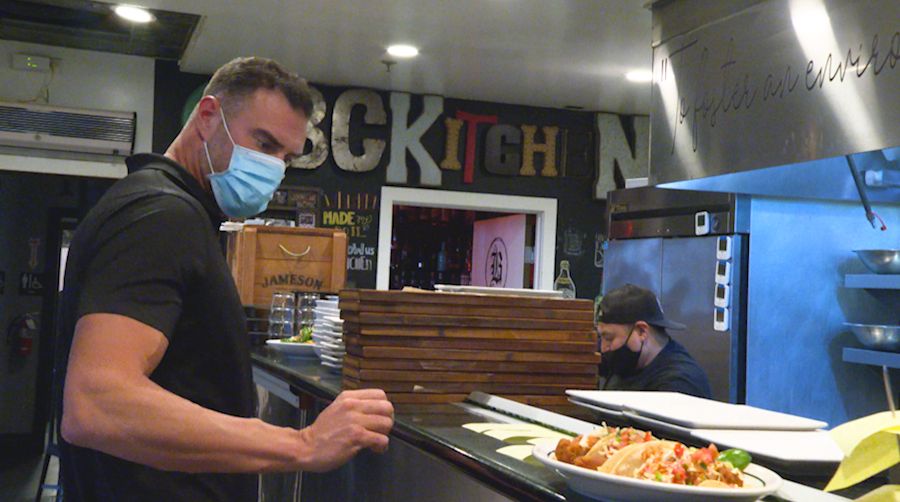 While Nguyen handles the creative side of BCK Management, Co-founder John Reed manages the operational side of the group and pivoted their business amid the pandemic to feature Nguyen’s donuts when their company needed it most.

Like most places, as the pandemic hit and everyone had to stay home, their restaurant group suffered. However, Nguyen was hitting her stride with Miss Mini. She used the new packaging she had just received to pivot – creating at-home decorating kits that helped bolster the group's income and ultimately keep part of their group in business.

"As we went into the pandemic, she was really hitting the apex of her success. She was making at-home kits for children and at-home kits for parties and stuff like that. When people are stuck in their comes seven days a week because they can't go to work, they can't go out, they're being told to stay home and shelter in place, what better than to create an activity for them?"

The idea spurred at-home Bourbon kits as well, but business is just the tipping point of these little rings. When Nguyen was at her own tipping point, the donuts were her own lifesaver.

She thought about suicide two-and-a-half years ago, and the only thing that kept her going were the donuts. They became her own kind of therapy.

“That was the one thing that gave me purpose. I had to wake-up and fulfill orders. I knew people needed the donuts for a wedding or a birthday. I had to go to work. If not, I would have just stayed home, stayed in bed, crawled into a hole,” Nguyen said.

Nguyen came to realize the donuts were her way of giving back. For her, giving was her own way of receiving. It has helped her in her process of overcoming.

“I can either share the donuts to bring someone joy or give it to kids that are driving their parents crazy, or wherever I can help. That taught me that the only way I can battle this is just to give back,” Nguyen says.

Today she hopes to empower her employees to become bosses themselves. The business she created has now been built out – literally. Her new storefront is an extension of the back of the kitchen, where her recipes started.

"It taught me the only way I can really battle my depression is just to help other people," Nguyen said.

The donuts have come full-circle.

CORRECTION: A previous version of this story incorrectly stated the name of the business. It is called Ten Sushi And Cocktail Bar. The error has been corrected. (November 7, 2020).