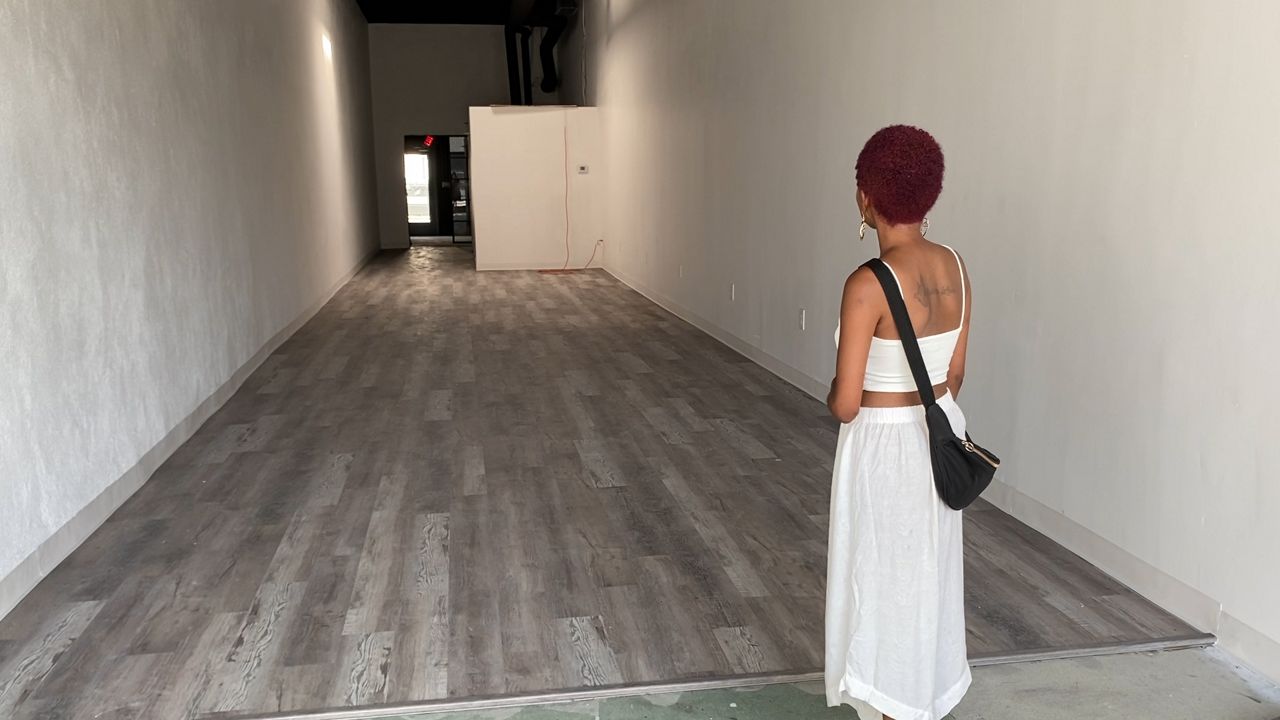 SAN BERNARDINO, Calif. — Many residents of San Bernardino said it often has a negative light shining on it, and it is a light that can be blinding for residents who feel there is a narrative that has been forced on them for years.

Destiny Frye reflects on the little girl who was motivated and excited for life, until the end of her second year at Frisbee Middle School in Rialto.

“I was extremely anxious; I literally was paranoid that everyone was watching me. I was severely depressed, suicidal, life just stopped making sense for me," said Frye.

It was a night and day switch. The middle school’s first ever seventh grade ASB president rapidly spiraled into a dependency on drugs.

"I shouldn’t be here," Frye said. "Like, there’s so many moments that I should have died because I was so reckless with my life.”

She said depression came from feeling severely disconnected from who she was; living in a world that told her it was not okay to be Destiny.

"Nope you can’t show up that way. Nope you’re doing too much, nope you’re too big, you’re too loud, you’re feeling too much, you’re too emotional," she explained. "That’s going to cause a lot of trauma and a lot of psychological issues because it felt like who I was and who I am was not allowed to exist in this world, so what’s the point?" Frye said.

Suddenly, a new door opened and the little girl from San Bernardino realized there is a lot more out there than the poorest city of its size with the highest murder rate in California. In 2012, San Bernardino declared bankruptcy. Frye said it left the people of the city abandoned and neglected. It has been eight years, and downtown continues to be riddled with vacant malls and boarded up storefronts.

Now, right next to those, there is a new oasis of hope called Grounded Self Care Studio.

Frye said one in five adults suffer from mental health challenges, but only one in three from Black and Brown communities actually receive help. The studio is an integral part of Frye's mission to heal the city and make its people whole.

"We don’t just have to survive anymore. We deserve a place to call ours that we feel comfortable going to," she said.

Traditional therapy proved ineffective for Destiny. She said poetry was the outlet that saved her life.

"It literally kept me from killing myself because I had a space and an environment that I could share my truth without being judged and it was received," she explained.

Now, she is providing an outlet to others as a social-emotional intelligence coach.

Her studio will open with a network of 20 healers who have found their own ways of recovering from trauma. Once they have graduated from Frye's training, they will be able to host their own unique workshops inside her studio, from body image classes using mirrors and photography to open mic nights.

"Healing is not universal. Healing looks different," she said. "It’s about tapping into your pain to passion point. It’s about what did you heal from, what are you currently healing from?”

Equipping healers to create in a safe space, for anyone who may find they need a little healing.