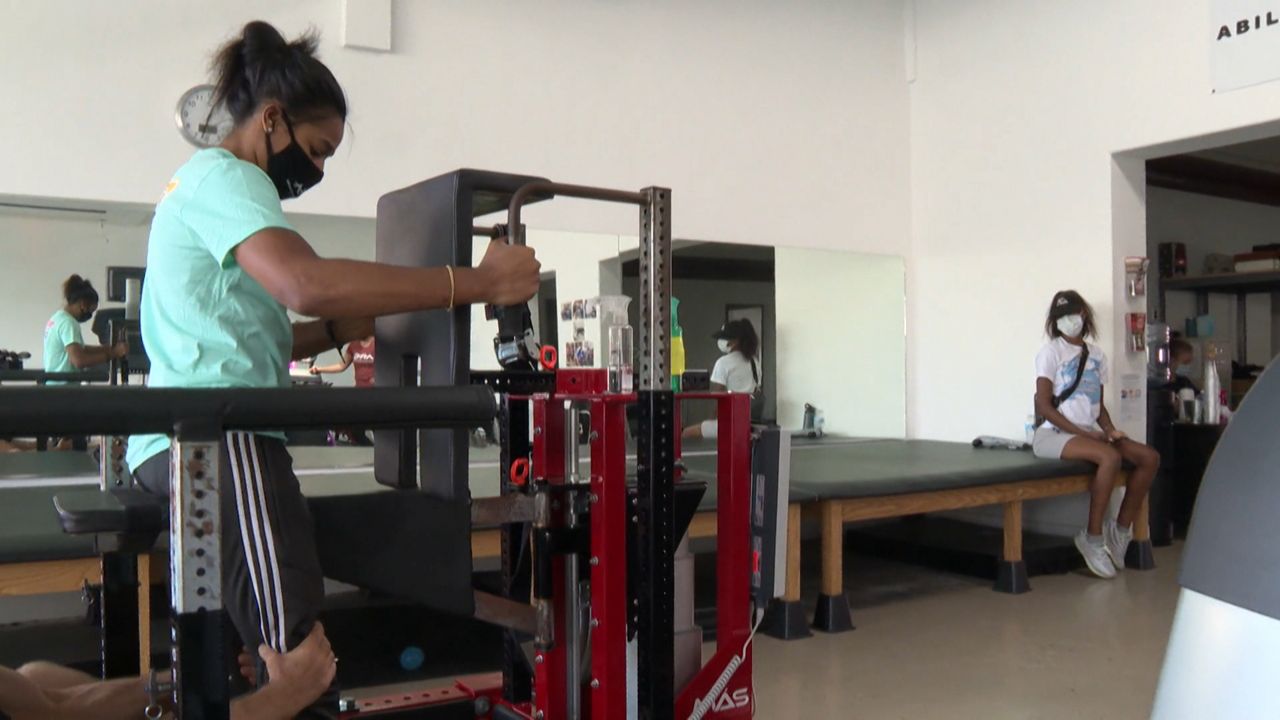 Jasmine Johnson on her road to recovery.

LOS ANGELES — One foot in front of the other is a motto many people try to live by each day, but has new meaning for Jasmine Johnson.

On October 29, 2019, Johnson was attending a Halloween party in Long Beach with several of her coworkers from the Hollywood Park Casino when a gunman opened fire on them. Three men were killed, and nine others, including Johnson, were injured.

"I just remember hoping that I could get to the hospital quickly enough before I continued to bleed," she recalled. "That was really the scariest part was wondering if I was going to die.”

Johnson underwent several surgeries, but one year later, the 28-year-old is on an incredible path to recovery after shooting left her paralyzed from the chest down.

“There was a point where I couldn’t even sit up.

There was a point where I couldn’t put my socks on and I’m so far past that," she said.

The small victories in her long recovery journey have allowed Johnson to be where she is now despite having to relearn almost every day-to-day activity. She has also had to cope with the emotional impact of experiencing a shooting.

"They are sights and other things that you never hoped and certainly never expected to see," she explained.

Working out, Johnson said, has given her new purpose.

“I try to be grateful as much as I can and to be as positive as I can, to live in my truth," she said. "I know that as long as I keep those things in mind, I’ll be alright.”

While she could instead choose to be angry at what happened or angry that the case is still ongoing, Johnson said that would not be worth it.

The road to recovery has not been easy, and her treatments and therapy an expensive cost.

She is currently raising money to fund her efforts through a GoFundMe page, and has been overwhelmed by the support from those around her.

“I hope that people can see what happened to me and see my story and use that as fuel to go harder at whatever it is they’re doing, because you never know," she said.