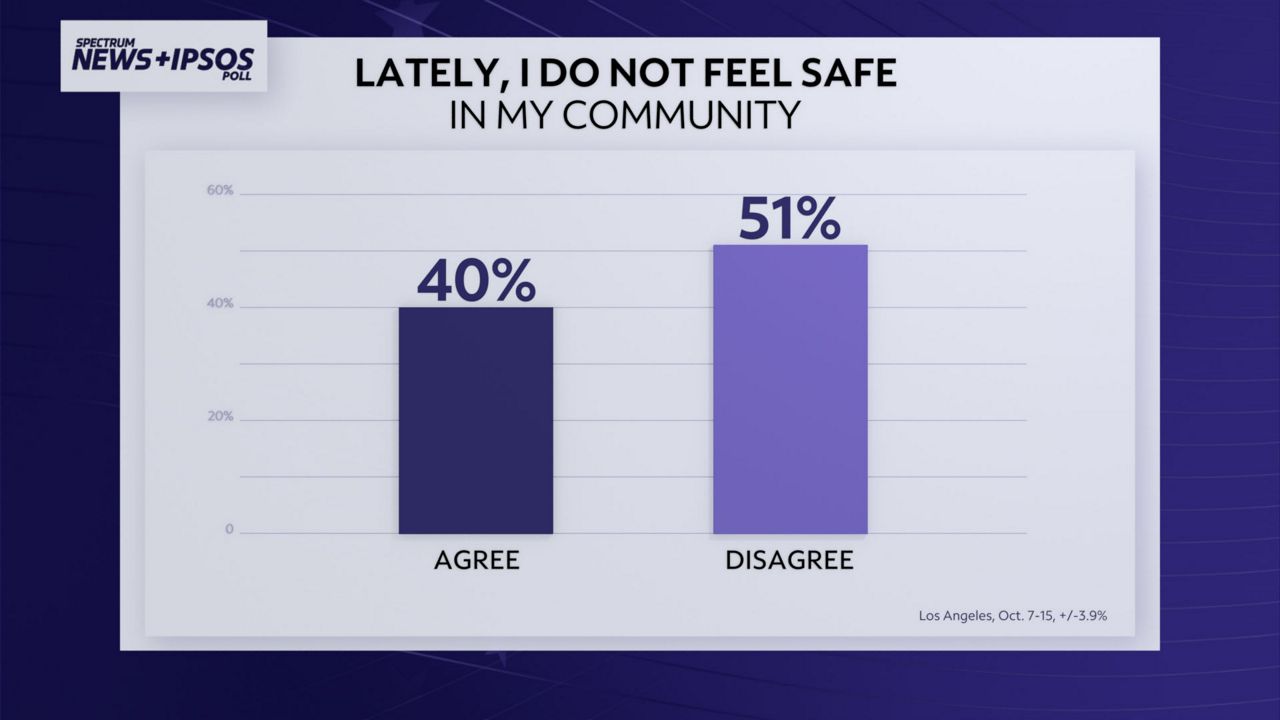 BURBANK, Calif. — Gun sales have increased significantly in the last several months of the pandemic, according to a new study from U.C. Davis.

The new research shows about 47,000 people in California have become first time gun owners during the first five months of the pandemic.

The surge coincides with an exclusive Spectrum News/Ipsos poll showing that 40% of Los Angeles-area residents surveyed say they do not feel safe in their communities.

Tracey Waters, a single woman living in Los Angeles, feels the tension of the times she’s living in and just wants to feel safe.

That's why she’s visiting Redstone Firearms in Burbank, to buy her first firearm, a 9mm handgun.

Waters hopes she never has to use it, but says she has to protect herself from a society that’s clearly struggling through 2020. A survivor of a bad relationship, she is no stranger to the impacts hard times can have on the human mind.

“Relationships, especially when it’s a time like now, where it’s stressful and you have someone who’s abusive, this is the time where people just lose it," she explained.

When you overcome that kind of hardship, Waters says you don’t sweat the small stuff.

“To just have to worry about wearing a mask, I’m OK with that," she said. "I’ll find toilet paper and I’ll find paper towels, but I want to live.”

A new study from U.C. Davis found that worry about violence has significantly increased during the pandemic for all violence types, except mass shootings, which decreased.

The researchers say an estimated 110,000 people in California have purchased a firearm in response to the pandemic, 47,000 who were buying a gun for the first time.

The CEO of Redstone Firearms, Jonathan Solomon says he’s seen a 4,000% increase in sales since March.

Solomon says he gets daily shipments of 70 to 80 Glocks at a time and they’re gone by the end of the day.

Researchers say their findings add support to a growing body of research that suggests coronavirus has exacerbated the public’s fear of violence.

They’re fears Solomon said are reflected by his own customers.

“In addition to all the civil unrest, quite frankly if you’re not armed you’re now in the minority," he said.

Nearly 76% of respondents listed lawlessness in the pandemic as their reason for buying a gun. This was followed by worry about prisoner releases, government collapse and finally gun stores closing.

Tracey Waters says she hopes everyone who’s making the same purchase she is does so responsibly.