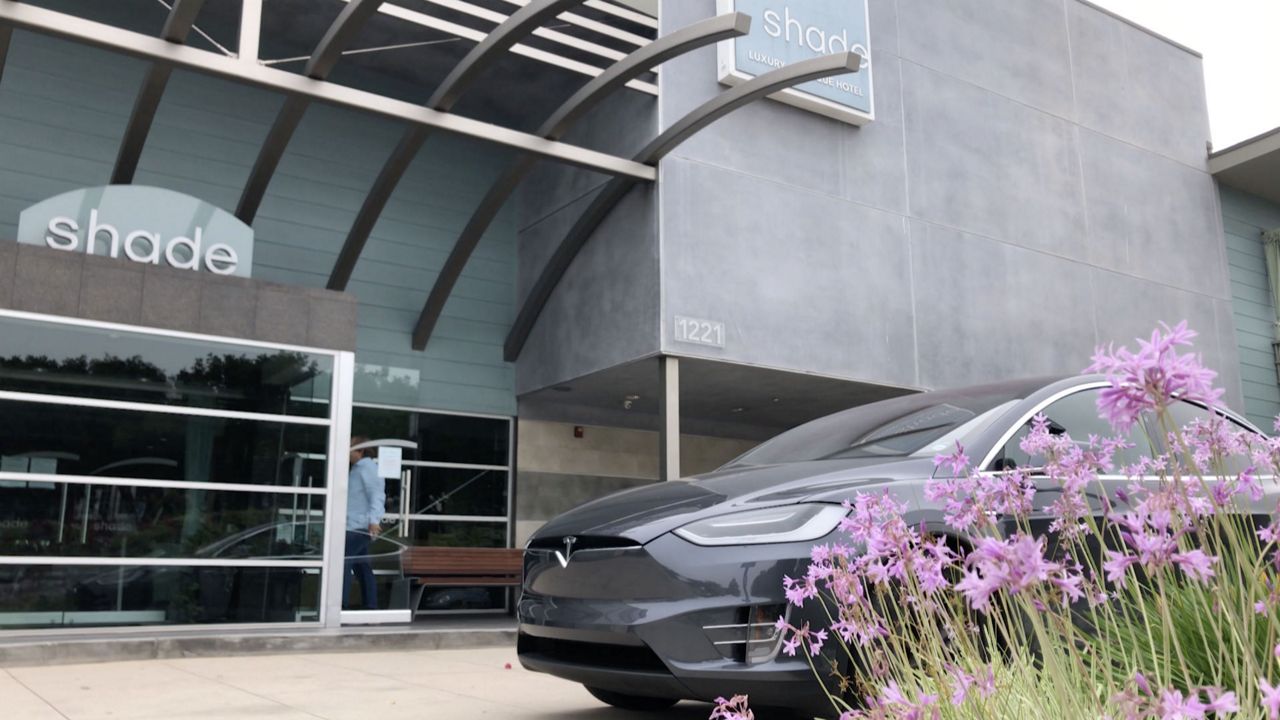 Report: Golden State Will Lose $72B in Visitor Spending This Year

MANHATTAN BEACH, Calif. – The inside of the Shade Hotel in Manhattan Beach is still a surreal sight for owner, Michael Zislis.

“It is super empty and I feel that, this is something I’ve never expected, never knew it existed or could happen to me,” said Zislis.

Zislis had been building momentum for the last three decades, ever since he opened up a brewery in Manhattan Beach and grew it to a portfolio.

But the coronavirus shutdown has hit restaurants and hotels hard.

“Not only is our occupancy down to 15 percent but our rates are down by over 50 percent. Our usual rate for a hotel room here at Shade is $400, today you can get a room here for about $175,” says Zislis, who has seen a different type of clientele coming into his hotel, locals trying to escape their home.

But it’s simply not enough, 2020 is projected to be the worst year on record for hotel occupancy, according to CBRE, a real estate firm. A report by Tourism Economics estimates the Golden state will lose $72 billion in visitor spending this year.

“We’re all in the same ship, boat sinking,” says Zislis.

Just to stay open to their handful of clients, they have had to make adjustments: buying a gadget to take people’s temperatures at the front desk, adding sanitizer wherever possible.

“So here at the lobby of the hotel, we spaced all the tables six feet apart from each other, we put this blue line on the ground, it keeps you 6 feet from the bartender, we don’t have bar stools anymore, we put sanitizing stations on every bit of the perimeter,” says Zislis.

And he is having to reinvent the business, while the restaurant is usually an accessory of Shade, the kitchen is the one propping up the hotel. Take out here now accounts for 70 percent of their revenue.

“Only the creative and strong will survive, you know everybody has to reimagine their workforce, how they market, how they produce things, how they source things, the supply chain has changed, but I have a great team and we do it daily,” says Zislis.

As governments get closer and closer to lifting the shutdown, what the hospitality industry will look like is still largely unknown, but some are trying to shape that. Miles away in front of L.A.’s City Hall, officials along with hotel workers are having a press conference.

“It’s a struggle to pay rent, I don’t have health insurance in the middle of a health emergency,” says a laid-off LA hotel worker.

He is at the press conference applauding the passage of a city ordinance that requires hospitality companies to rehire employees based on seniority, ensuring that businesses won’t be able to dodge decades of accrued salaries and benefits by bringing in fresh faces.

🍽 We may be sold out for Easter Sunday take-out, but we’re debuting FAMILY MEALS at zinc@shade, this coming Wednesday! Each day we will feature a gorgeous family dinner for 4, for only $50! We even have curbside pick-up! Stay tuned for more details & swipe left for the menus! pic.twitter.com/FBobT0xGrg

The ordinance will only affect Zislis’s L.A. properties, but he says overall, it’s a bad idea.

“It doesn’t make sense, we need to hire back who we need to reopen the business to have a chance to survive, and by the government putting more onerous restrictions on us, doesn’t help the issue.”

The battle of how and when to reopen is now in full swing, with hundreds of jobs and his own businesses on the line.

After all, he says, he built it once, he thinks he can do it again.