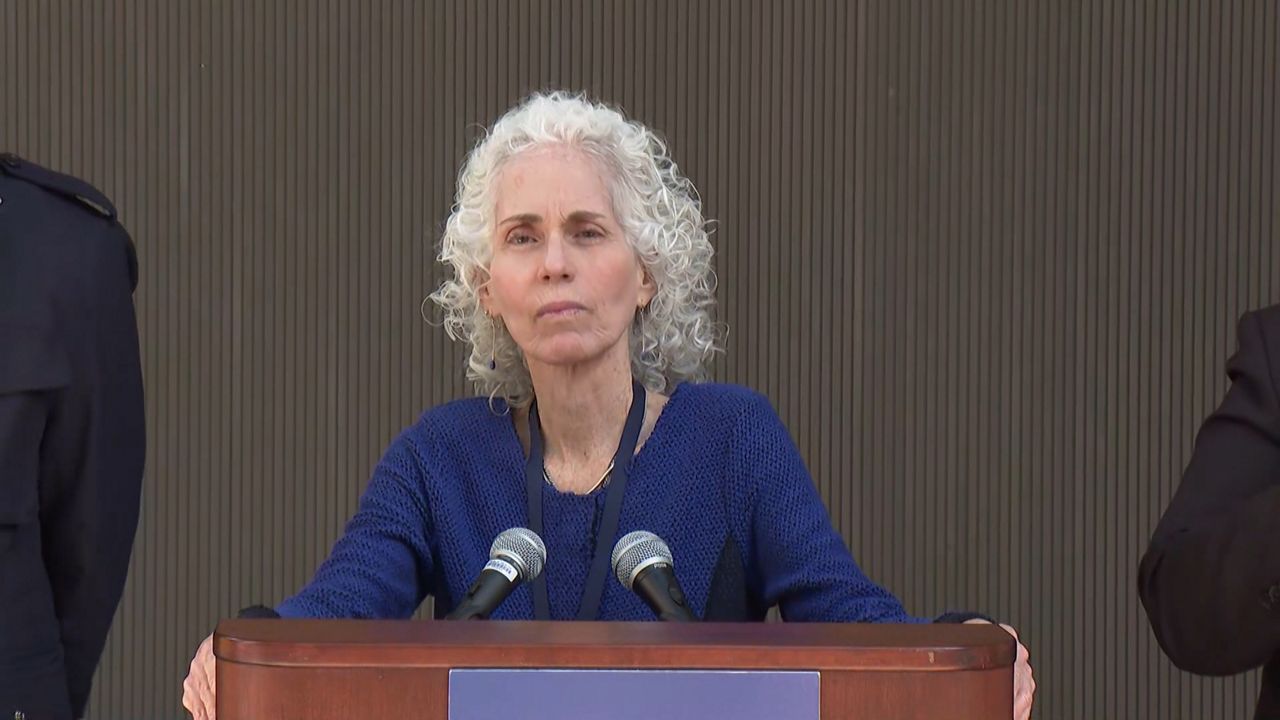 LOS ANGELES - She’s become the face of L.A.’s fight against coronavirus. Each day, Dr. Barbara Ferrer steps up to the podium to perform what she admits is a daunting task: the daily reporting of lives lost.

“It does weigh heavily on me," she said during a recent interview. "I think it weighs heavily on my entire team.”

It’s not an accident that she pivoted her answer to include her team. She did that a lot over the course of a 15-minutes conversation, deflecting attention away from herself and shifting the focus to her staff or the general public.

“I’m like everybody else," she said. "This COVID-19 virus has taken an emotional toll, I think on all of us.”

Dr. Ferrer has had a long career in the public health sector – three decades that saw her working on both coasts. She’s seen a lot of crises in that time, but nothing like this.

She oversees a massive department with 4,500 employees. The whole Department of Public Health had to pivot to address the pandemic. Dr. Ferrer says they began to reassign workers' responsibilities as early as January, pulling from every department they could. Now they have roughly 900 people, she says, working solely on things like identifying cases and contact tracing.

“Data entry people, call takers at our various call centers," she explained. "I couldn’t be more proud than to be part of this Department of Public Health team.”

Coming into the position in 2018, one of the main issues she hoped to address was health equity. It’s a widespread problem in L.A. County, she says, and one that’s grown more evident through the crisis. And she made it clear, it’s not a subject she’s willing to put on the back burner until this pandemic is behind us.

“It’s completely unfair to just sort of settle for this is just how it is in the United States. If you’re black or brown or a native person, you’re more likely to die from COVID-19," she said. "We’re not going to settle for that. We have to immediately try to make sure that’s not the story that gets told a year from now.”

She may stand at the podium alone but she stresses, she didn’t get there alone. The Puerto Rican born former community activist calls herself the "poster child for somebody who nobody ever thought would be here."

Avoiding the question of whether she feels like a role model, Dr. Ferrer explained, “I’m only here because a whole bunch of people really took care of me, supported me, helped me when things weren’t going well, helped me get my life together when it seemed like it was falling apart. Certainly supported my professional career."

"I mean, there’s no way that I’m here because like I just did it all by myself," she added.

It’s a huge job, overseeing the health and well-being of a county with more than 10 million residents. She has an obligation to every single one of them to ensure their safety. But even in the midst of a pandemic, her experience has taught her that she has another, equally important obligation, one she never loses sight of.

“I have an obligation – I think we all do – to make sure that we’re supporting those people around us," she said. "None of us is on this journey by ourselves. None of us.”

We get support, she says, and we give support. A healthy exchange this doctor recommends.