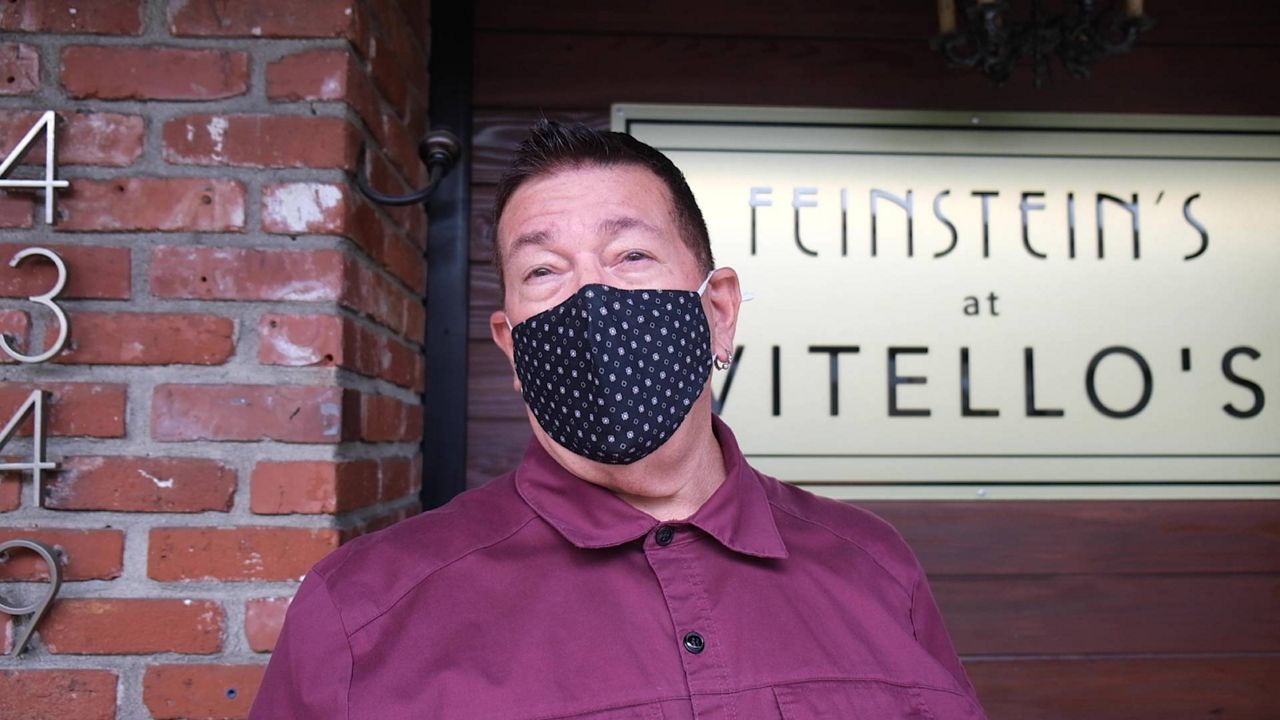 Vitello's Restaurant bounces back while music still on hold

STUDIO CITY, Calif. — As Los Angeles County has moved into the yellow tier, many restaurants are starting to bounce back.

But for some, there's still an important piece of the puzzle missing: music.


At Vitello’s Restaurant in Studio City, business was booming for Mother’s Day, but the upstairs music venue remained empty while being prepped for reopening just around the corner — once the region moves out of the color-coded tier system, projected for June.

Brad Roen, Vitello’s longtime managing partner noted that Mother’s Day was fully booked, and with their supplemental outdoor seating areas, they planned to be busy.

“Mother's Day eve, we had the single busiest night we've had in eight years, day and night,” he said.

Roen explained how this came after a brutal year for the business, which — like many — expanded outside eating areas to compensate for lower indoor capacities.

In the past, some 40% of Vitello’s overall business has come from the live music attractions in their 120-seat supper club upstairs. Over the years, the venue has hosted performers like Liza Minnelli and regular Michael Feinstein — where the venue gets its name — after Roen formed a connection with the popular performer.

“We have been prohibited from any live music,” said Roen. “But that's changing. So we are now prepping the room, cleaned it, shampooed carpets, polished everything.”


The county’s more relaxed yellow tier guidelines have been good for many businesses reopening, but Roen noted that Vitello’s won't hit its full stride until the nightclub performances can begin again safely, and that regular customers are already yearning for the music.

Despite the laxer yellow tier, Roen added that Vitello’s is still going to play it safe for a while.

“Vaccinated, that doesn't matter,” he said. “We should all be wearing a mask, and we actually just posted this sign today to make sure that people do that.”

The Vitello’s team prepared for Mother's Day as if going into battle, so that guests could just relax and enjoy themselves after the last year.

“And really the only thing we needed for the last year was music,” Roen said. “It just makes us feel like it's gonna be okay.”

If all goes to plan, Vitello’s will make its return to live music sometime in July.