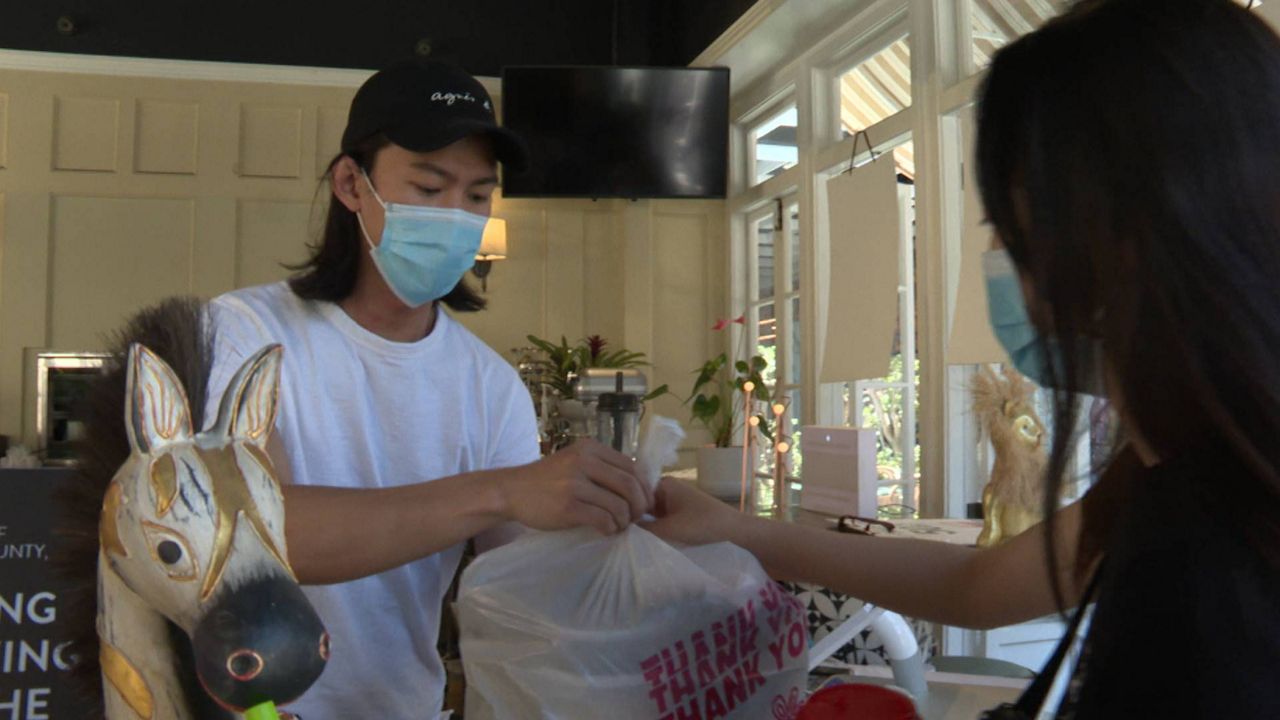 It opened more for business owners like Kai Lin.

Lin started the pandemic with three restaurants but is now down to two.

Hate crimes against Asian and Pacific Islanders have been reported at record numbers during the pandemic. While Lin hasn’t been a victim of a hate crime, he says he’s seen how discrimination has affected Asian business owners.

According to a study by the National Bureau of Economic Research, there was a 22% decline in all small business owner activity nationwide from February to April, while Asian American business-owner activity dropped by 26%. Lin is doing everything he can to make extra money.

"I’m hoping to get the RRF, and the worst case scenario is that we have to file bankruptcy at the end of the day," he said.

RRF is short for Restaurant Revitalization Fund, which is a federal grant created for food businesses to pay off some of the debt they racked up during the pandemic. Lin also enrolled in an online banking platform called Cheese to earn extra cash.

Actor Jimmy Wong from Disney’s live-action film "Mulan" is a spokesperson for the online bank.

“It’s really important to me that when you’re trying to enact change, that you’re not just throwing money at the issue or you’re not trying to dress it up with something nice,” said Wong.

The actor has been addressing racism towards Asian people on his platforms for the past 10 years. Wong explained how it takes more than one individual and one rally to end racism. He believes it’ll take a movement, which is why he’s partnering with Cheese.

The online bank is pledging up to $100,000 to help both nonprofit organizations that work with Asian American communities and Asian-owned businesses that suffered during the pandemic. The nonprofits include the Asian Pacific Fund, Welcome to Chinatown, AAPI Women Lead, and Southwestern Chinese Students and Scholars Association.

“It’s really about focusing on the groups that have boots on the ground, the people that know what they’re doing and have been working in these communities for decades and finding ways to support them,” said Wong.


Lin’s restaurant was added to Cheese’s list of Asian-owned restaurants, whose users will receive cash back if they support them.

“I believe Asians should hold our hands together, and that’s why we should help each other," Lin said.

In celebration of Asian Pacific American Islander (AAPI) Heritage month this May, Cheese is offering 5% cash back on user-selected local Asian-owned restaurants to help Asian communities and reward users with more cash back offers.

Here is a list of participating locations in Los Angeles County:

Lin added that he hopes users will see his restaurant on the list and want to try his menu and to gain a deeper insight on the Asian culture. While he doesn’t think he’ll ever get out of the financial hole the pandemic has put his business in, he hopes that people will lend a hand to give their local restaurants a fighting chance.