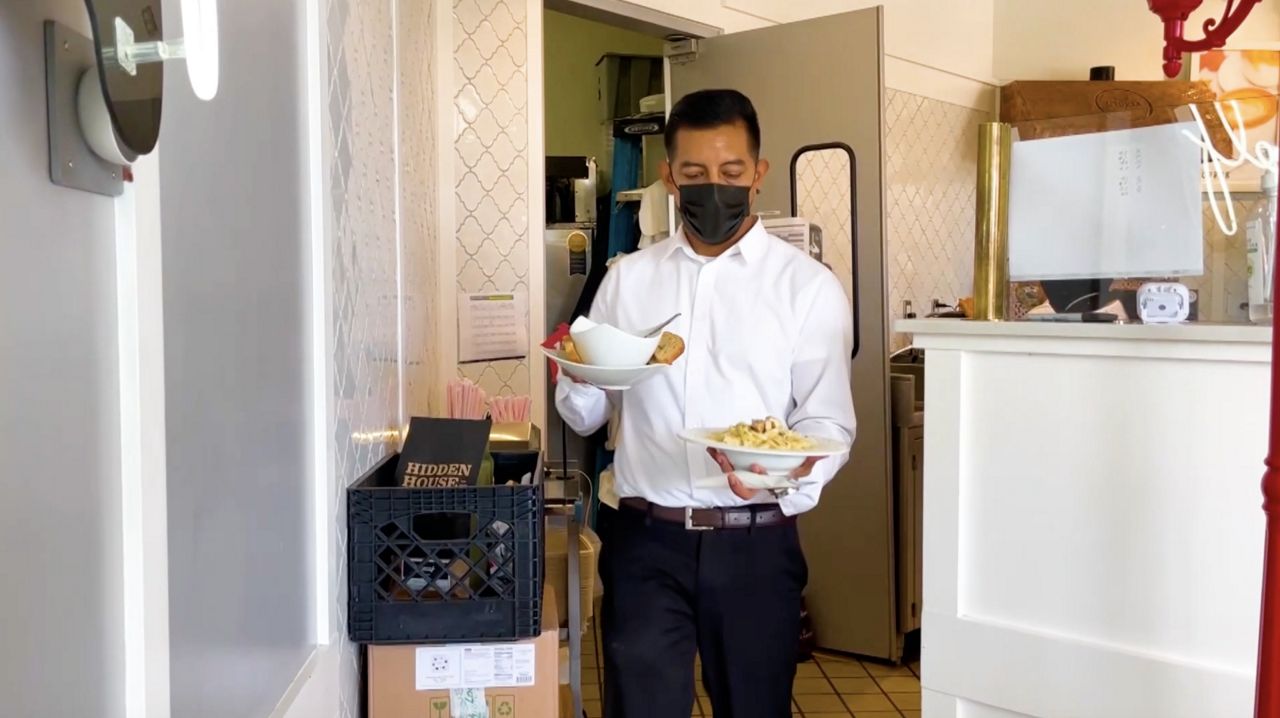 Utopia European Caffe Manager, Daniel Salgado, is wearing every hat in the kitchen.

Salgado explained how since the pandemic, the restaurant has suffered from an employee shortage crisis, and he believes unemployment checks are a part of the blame.

“I think one of the biggest reasons they didn’t want to come back is because they are receiving money from the government still, and in some way they prefer to stay home and not get the virus, and they don’t have to work,” Salgado said.

On a typical morning at Utopia European Caffe, there are nearly ten employees keeping the restaurant afloat. Now, as Salgado explained, that has decreased by 50%. While he understands the legitimate fear of the virus, he hopes people will take employment offers seriously, as he and his team are feeling the stretch.

“I am working 13 hours per day, six days, because there are no people," he said. "We’ve been posting ads on the internet, but nobody is showing up."

That’s why the hiring fair, which took place at The District at Tustin Legacy, is one way the city hopes to get people back to work. But even with multiple businesses present and looking for new hires, there weren’t many hungry job seekers.

Irvine native Christian Hall, who is looking for his first job, noted that a lack of job seekers works in his favor.

"It betters my chances even more, you know, having no experience, you know," he said. "I’m just trying to get myself out there. It’s nice to have a lot more opportunities to choose from."

Meanwhile, restaurant workers like Salgado said that being understaffed has negatively affected business.

Until the labor comes, Salgado said he will keep laboring.