Wet vs. dry: How does snow really measure up?

A snowstorm in the spring or fall can be much different than one that happens in winter, and it all has to do with snow-to-liquid ratios.

You might have noticed that a 15-inch snowstorm in the middle of winter can be surprisingly easy to shovel while a 6-inch snowfall in April can be a backbreaker!

So what gives? Well it all has to do with the liquid equivalent of the snow and the temperature profile of the atmosphere.

Let's break this down in more detail.

Your typical snowfall has roughly a 10:1 ratio, meaning that if you were to melt down that 10 inches of snow it would equal 1 inch of liquid water. This type of snow generally occurs when air temperatures are in the 20s and is common throughout the winter. 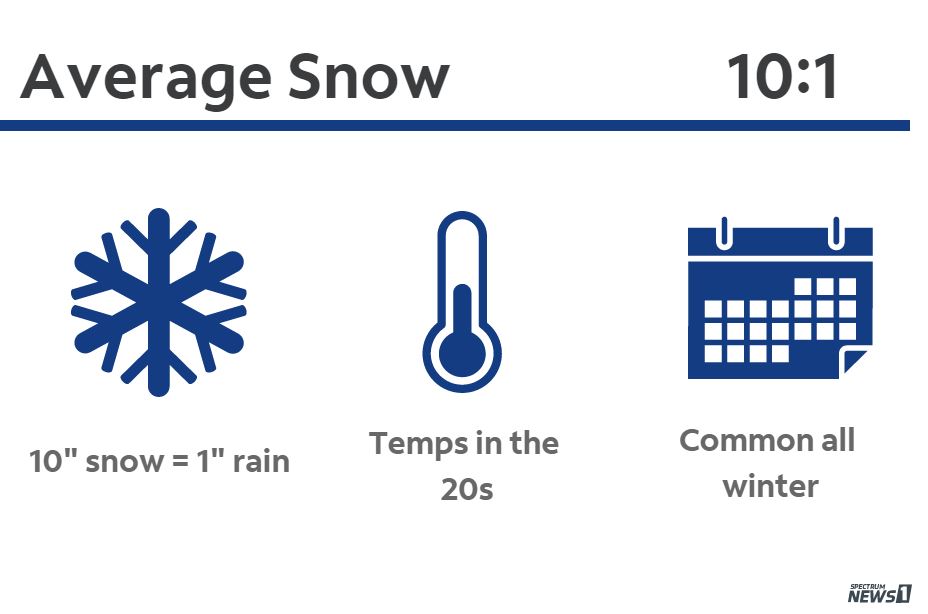 Sometimes during the fall and spring, the snow can have a 5:1 ratio, meaning that just 5 inches of snow equals 1 inch of water. This is that very heavy, wet snow that can be tough to shovel or drive through.

This normally occurs when air temperatures are in the 30s. If you're looking to build a great snowman or pack a mean snowball, this is the snow for you!

When temperatures are much colder, generally in the teens, a typical snow ratio can be as high as 15:1. This means that just 1 inch of liquid equals 15 inches of snow!

Generally this type of 'dry' snow is much easier to shovel. However, it can become problematic in strong winds, which can lead to blowing snow and significantly reduced visibility. 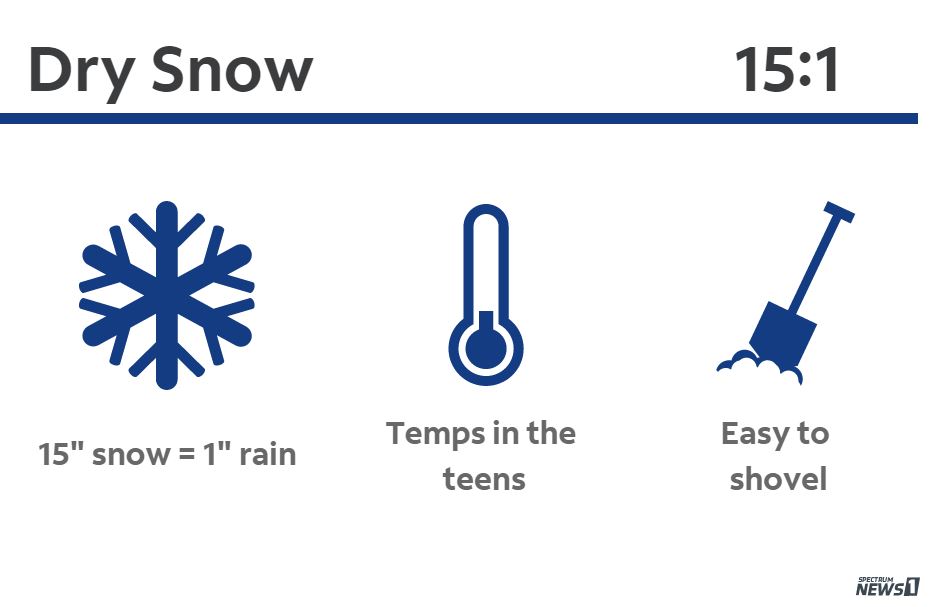 So next time the forecast calls for a big snowstorm, look at the temperature and consider the time to year. This will help you determine just how much time you might need to shovel off that driveway.