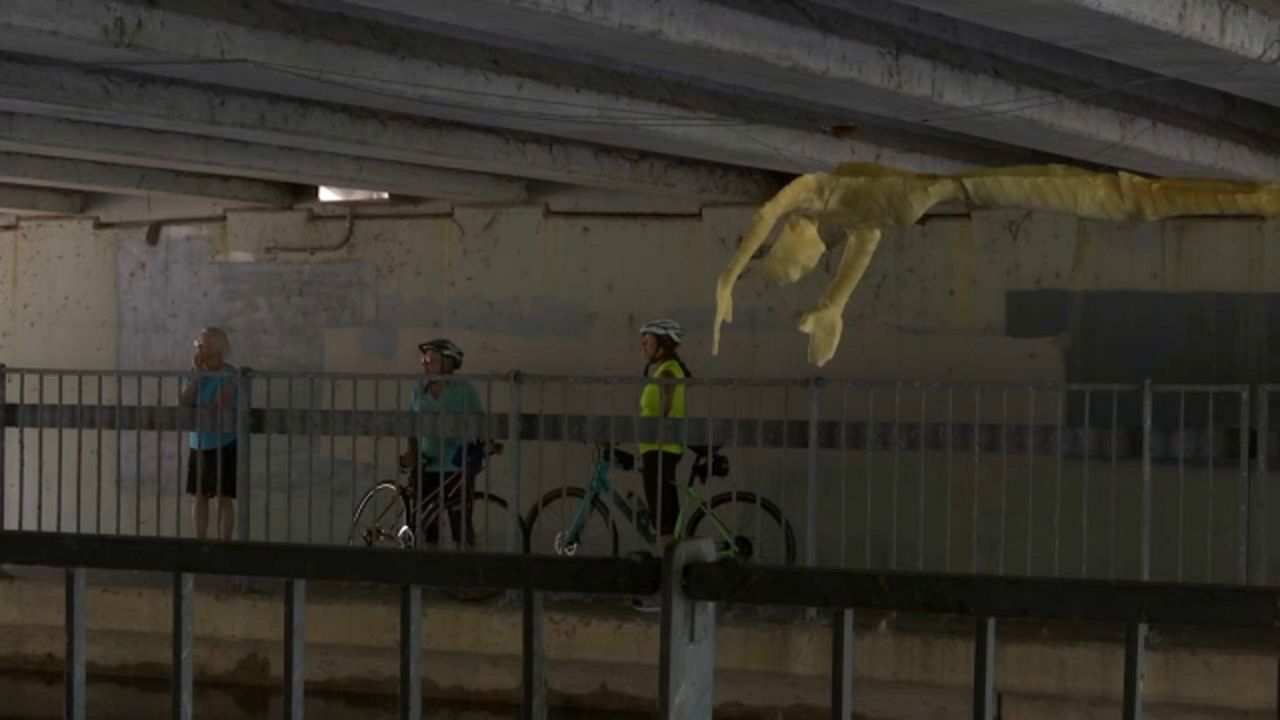 Madison (SPECTRUM NEWS)- Beneath the John Nolan bridge in Madison, a piece of art is catching the attention of those passing by.

“We came down just to see the sculptures because we heard about it from a friend,” says Madison resident Laurie Morris.

The sculptures are called “The Swimmers,” as the artist himself, Chris Murphy explains.

“The idea how I came up with this was through a friend of mine who introduced me to this body casting material,” Murphy says.

The body casted figures are suspended beneath the bridge above Wingra Creek, so when one looks in the water, it appears as if the sculptures are swimming.

"Looking at the reflection in the water is really one of the coolest aspects to it,” says Morris.

“I got them up there in a pontoon boat and with a very large ladder,” says Murphy, who adds the body cast molds are of various friends.

This is far from the first time Murphy has displayed body casted images around Madison.

"I always had them suspended way up so it was something to be seen from below, but this is the only time these have been suspended near water," he says.

The Madison Arts Commission BLINK grants funded this project.  Murphy says it will likely stay up until September.  If a passer by happens to see them in the evening, Murphy says the figures are equipped with LED lighting to glow in the dark.