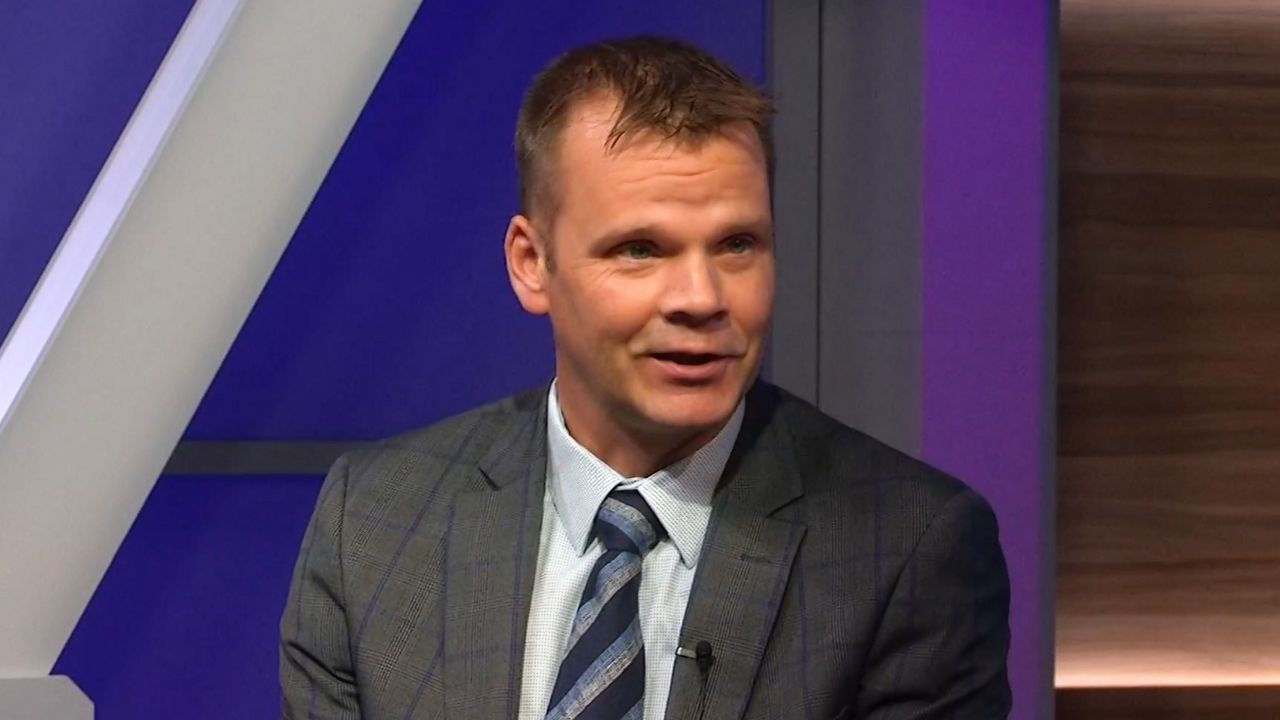 'Hopefully, we can find compromise': GOP Majority Leader Devin LeMahieu weighs in on which proposals could pass in the new year

MADISON, Wis. — As Wisconsin lawmakers get ready to return to the floor in January, some proposals stand a better chance of passing than others under a Republican-controlled legislature.

You can watch the full interview above.

A new two-year biennium will provide a new opportunity for compromise between Democrats and Republicans. However, one thing that won't change is the status of divided government. Gov. Tony Evers won reelection in November, which means both parties will once again need to find ways to work together to get legislation across the finish line.

“Hopefully, we can find compromise,” LeMahieu said. “We just came out of an election where we won seats where the governor won in those seats at the top of the ticket, so there is a segment of the population who voted Democrat for governor and Republican for State Senate and State Assembly. Hopefully, we can find some areas of agreement. You know, we are in a unique situation. Maybe a once in a generation situation where at this point, we have a projected $6.6 billion surplus going into our next budget, and that is plus whatever new revenue we have in the next budget, so we have opportunities to invest in areas and also provide historic tax relief.” 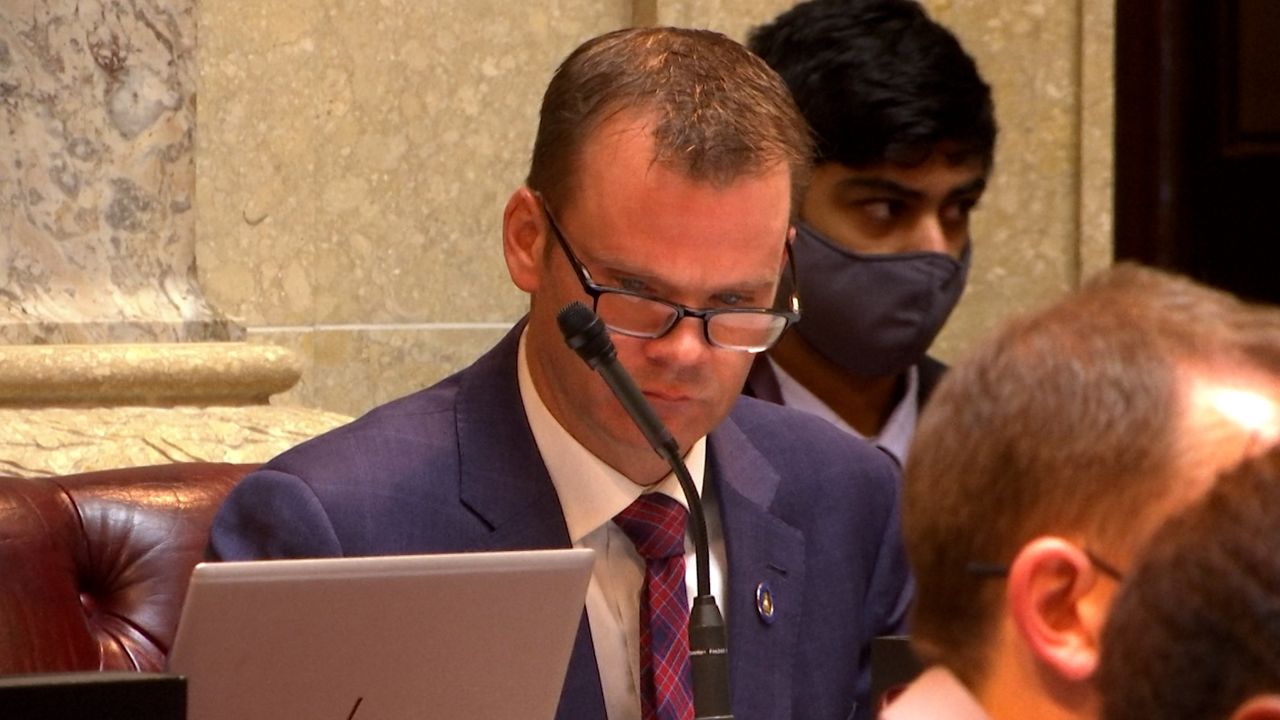 State Sen. Devin LeMahieu, R-Oostburg, works on the floor of the Senate during a session day in February. (Spectrum News 1/Mandy Hague)

One sign of more compromise could be the metaphorical olive branch extended by Gov. Evers to Republican leaders. Evers reached out to both LeMahieu and Assembly Speaker Robin Vos to schedule meetings.

Republicans are ready to tackle a budget surplus

One of the biggest areas of compromise for lawmakers will be around what to do with a projected $6.6 billion state budget surplus. The record figure is already spurring competing ideas among the caucuses.

“First of all, it is important to note that this is a projected surplus. June 30 of next year [is] still a ways away,” LeMahieu explained. “We're excited about a $6.6 billion surplus. Like I said earlier, providing tax relief is going to be something we emphasize, but you know, there [are] also areas that we can also invest in. In the last budget, we invested an additional $450 million into health services around the state, into nursing homes and things like that.”

From his first budget proposal as governor, Evers has continually pushed for some form of marijuana legalization. In 2019, the governor called for decriminalization and for medicinal use. Then, in 2021, Evers included recreational use in the budget.

Though the proposals were stripped from the budget both times, the governor has already vowed to make a similar push again in 2023. However, medical marijuana probably has the best chance of becoming legal with some members in the Republican caucus, including two-time cancer survivor Sen. Mary Felzkowski, R-Irma, open to the idea and having had previously circulated her own legislative proposal. 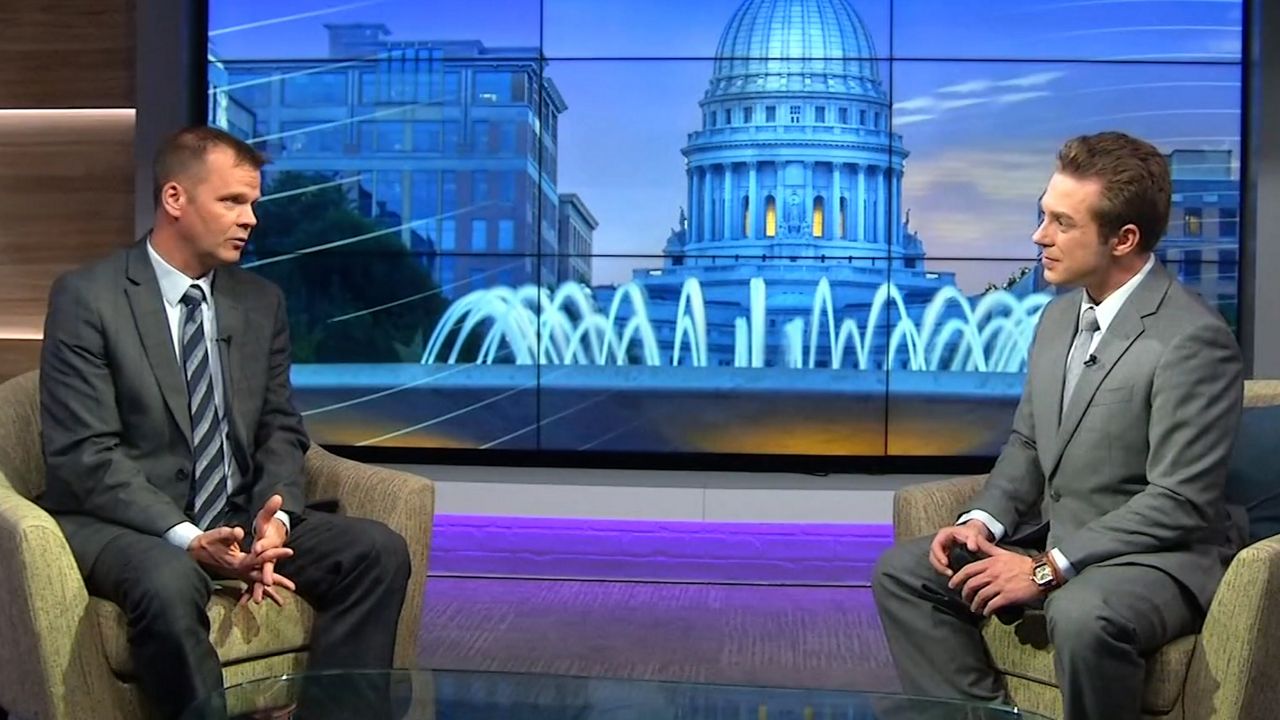 “I think that is something that my caucus might be able to get their arms around,” LeMahieu explained. “It still might be tough to get 17 votes for that, but, you know, I think we are getting closer. People realize that this is something that you know, some of their constituents want, people who are struggling with cancer, and things like that. That can be a benefit to them, so if there is some strict regulation of it, so it actually is used just for medicinal purposes, it is not the street corner doctors and things like that, if it is heavily regulated, I think there might be an opportunity for that to get done this session.”

Several of Gov. Evers' cabinet picks and appointees to various state boards were not confirmed by the State Senate during his first term. Many served in designee roles, while others were unable to take their position in leadership. In many cases, it was not because they were denied outright. Rather, no action was taken.

In the wake of the 2020 election, more focus and attention has been devoted to the peaceful transfer of power, which is once again a prominent conversation as the governor gets ready for his second term.

“We did actually vote on quite a few of them,” LeMahieu said. “Similar to when [Scott] Walker left, there was a timing issue on a lot of these appointments. We will be looking and taking each appointment, sending them back through the committee process. Since we have five new caucus members, we will have new committee chairs, sending them through that vetting process, and we will take our job as a State Senate in overseeing appointments seriously, and vet these appointments, make sure they are not just political extremists trying to drive a political agenda and actually wanting to serve in whatever board they are being appointed to and have expertise in that area.”