In Wisconsin, employers can pay tipped workers between $2.13 and $2.33 per hour based on age and length of employment, which is far below the standard $7.25 minimum wage.

State Sen. Chris Larson (D-Milwaukee) and State Rep. Francesca Hong (D-Madison) want to repeal that tipped minimum so those in the hospitality industry, such as restaurant workers, would immediately be paid the standard minimum wage. Both lawmakers said even that amount is too low, especially amid a pandemic, but it would be fairer.

“Mask mandates are routinely not followed, and if a customer decides not to follow it and say 'Well, I'm not going to give you a tip,' that means that server is just going to be making the $2.33 an hour off of that table,” Larson pointed out during a virtual press conference Monday.

Rep. Hong, who has dedicated most of her career to the hospitality industry, said every position in a restaurant has value and must be treated as such.

“We're keeping some restaurants from being bad actors and really working towards a greater vision of restaurants that have equitable pay structures that contribute to their community, that empower their workers so that their workers can go out and continue to spend that money at other restaurants and other local shops,” Hong said.

Right now, Wisconsin has the lowest-tipped minimum wage of any state it borders. 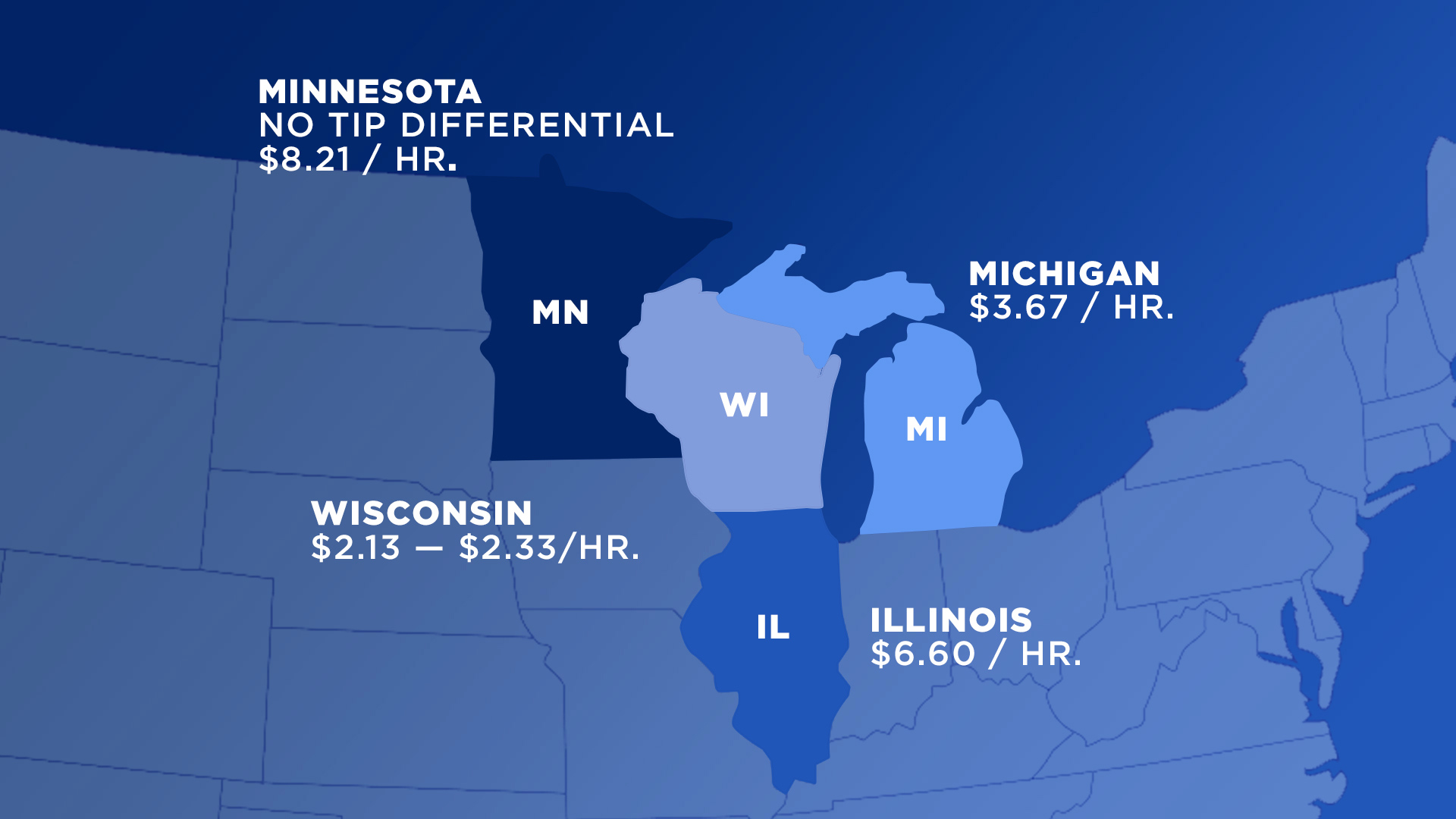 Restaurant owners from Milwaukee and Madison, who already pay more than the standard minimum wage, also shared their support for the proposal during Monday's announcement.

Josh Berkson, who owns Lucille and other restaurants in downtown Madison, told reporters the hospitality industry has to change or it will continue to lose workers to better-paying jobs in other sectors.

“Our base pay is just short of $15 and it's based on experience, it's based on knowledge,” Berkson said. “We have tests and development and training programs where we can raise your base pay, and then the tip share is spread across our teams equitably."

Sen. Larson and Rep. Hong don't believe their proposal will hurt small businesses, pointing out that seven other states have eliminated the tipped minimum wage so far including Alaska, California, Minnesota, Montana, Nevada, Oregon, and Washington.

The two lawmakers began circulating a draft bill for co-sponsorship among their colleagues Monday, so it's too soon to know if the idea will garner bipartisan support from Republicans.