An inside look at the former Milwaukee Journal Sentinel building apartments

MILWAUKEE — A historic building that once revolved around telling the stories of Milwaukee will soon become a place for residents to start a new chapter of their lives.

On Tuesday, developer J. Jeffers & Co., the City of Milwaukee and other partners unveiled the new Journal Commons historic luxury apartment building downtown. It was formerly the Milwaukee Journal Sentinel building. About 141 residences are inside the property that was originally constructed in 1924.

“It’s an exciting day to officially debut the Journal Commons property to the community,” said Josh Jeffers, founder and CEO of J. Jeffers & Co. “This building and its rich history are part of the fabric of Milwaukee. We worked hard to preserve that history and are so proud to be part of its next chapter.”

The over $35 million project is the second development that’s a part of the developer company’s renovation of the Journal Communications Block. It followed the opening of the Westown Green affordable student housing building in 2021.

From the original wood paneling to marble flooring, the new project blends modern touches with historic elements. It’s all part of an intentional plan to pay homage to the building’s history and connection to Milwaukee.

Since breaking ground in August 2021, J. Jeffers & Co. worked to restore and preserve parts of the building. The lobby of the building is now home to a coworking cafe for residents. In it, you’ll still find the original phone booths. 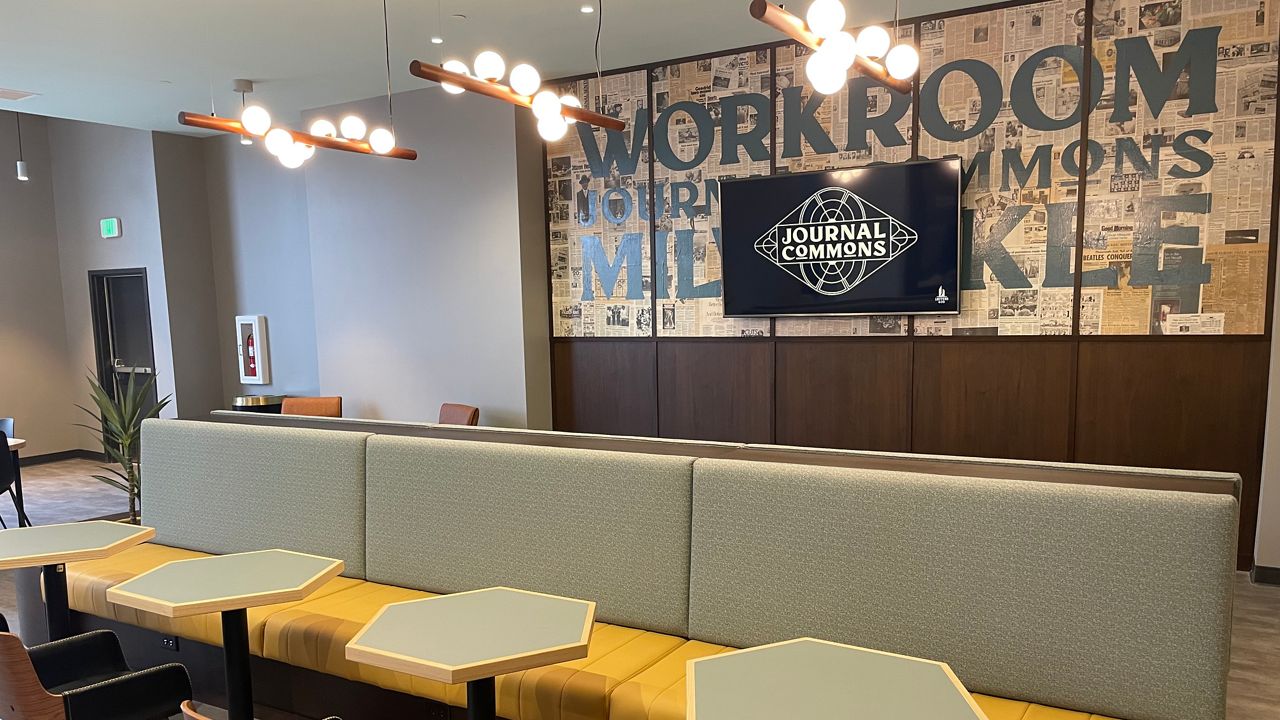 A coworking space for residents in the new Journal Commons apartment building. (Courtesy of Katie Whitlock/APR)

On the fourth floor, which was home to the paper’s editor office, is the “Editor’s Suite” game room and lounge. It retains the original floor, wood paneling, and a mural depicting communication throughout the centuries.

But the vintage aesthetic and art deco era inspirations don’t stop at the common areas. They’re also blended into the individual units and throughout the building. 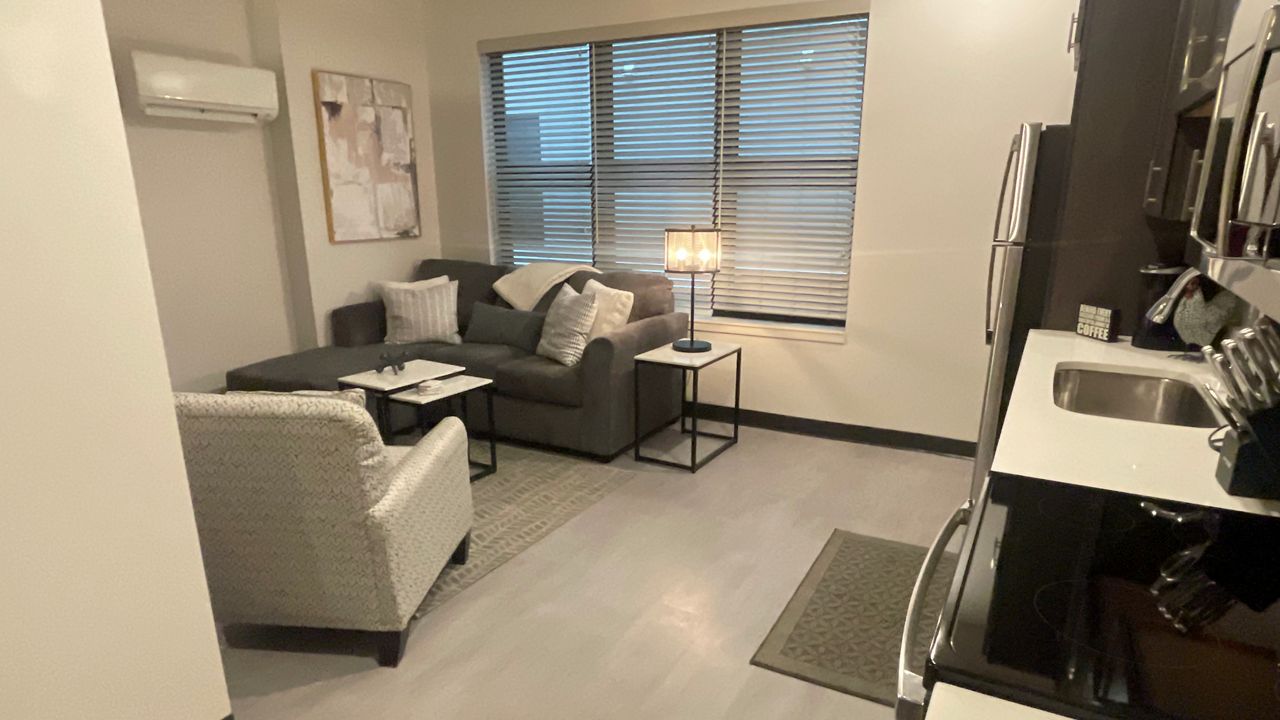 “Milwaukee is constantly reinventing itself, and Journal Commons is a great example of that reinvention,” Milwaukee Mayor Cavalier Johnson said. “In the Deer District, in other parts of downtown and in neighborhoods all across Milwaukee, we continue to see significant development. I applaud all involved in bringing Journal Commons to this final stage.”