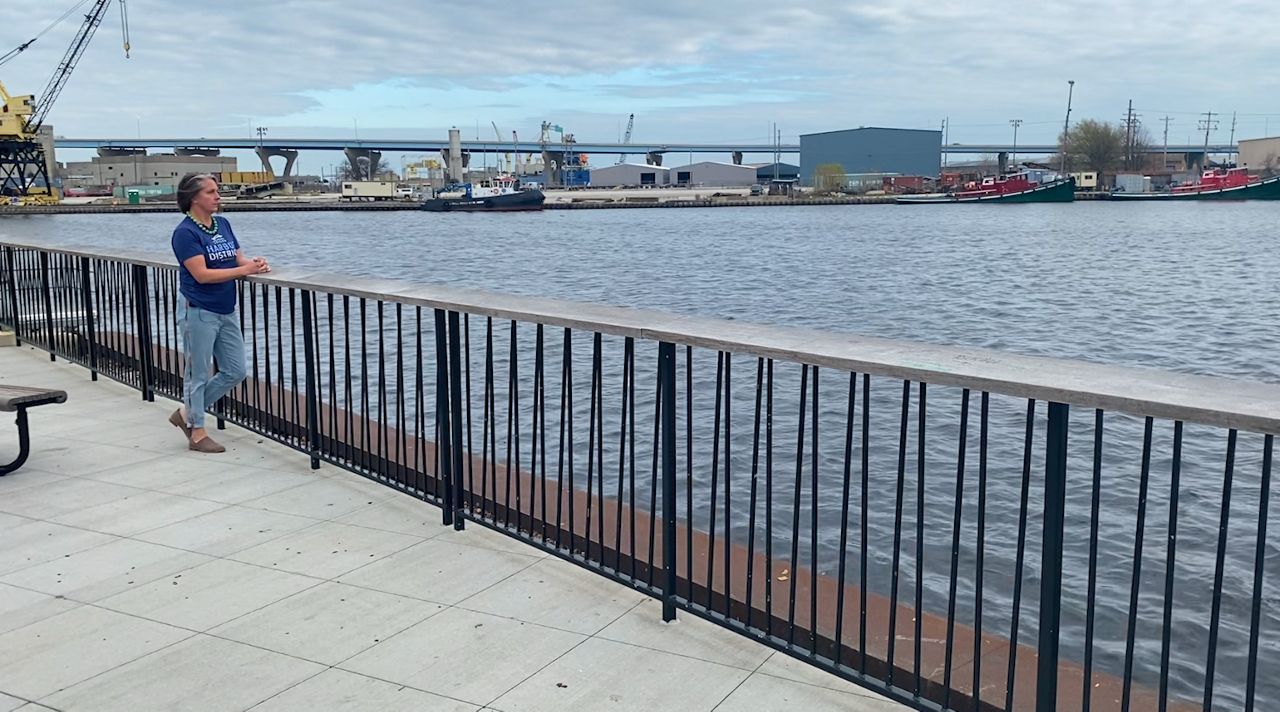 MILWAUKEE — The public can now see the water story of Milwaukee by taking the city’s self-guided Water Current Tour.

Alexis Laverdiere is the sustainability program coordinator for the Milwaukee Environmental Collaboration Office.

She said the Water Current Tour has signage in the Harbor District and Walker’s Point detailing the city’s history, water science and local attractions.

Laverdiere said she hopes the tour helps people understand how valuable these resources are to the area.

“We are also located on Lake Michigan, which is an important asset to us and we also like to market ourselves as America’s fresh coast,” said Laverdiere. “We want to make sure people know why it’s so important that we are by this great natural resource and what they can do to get involved with water organizations and different resources in the community.” 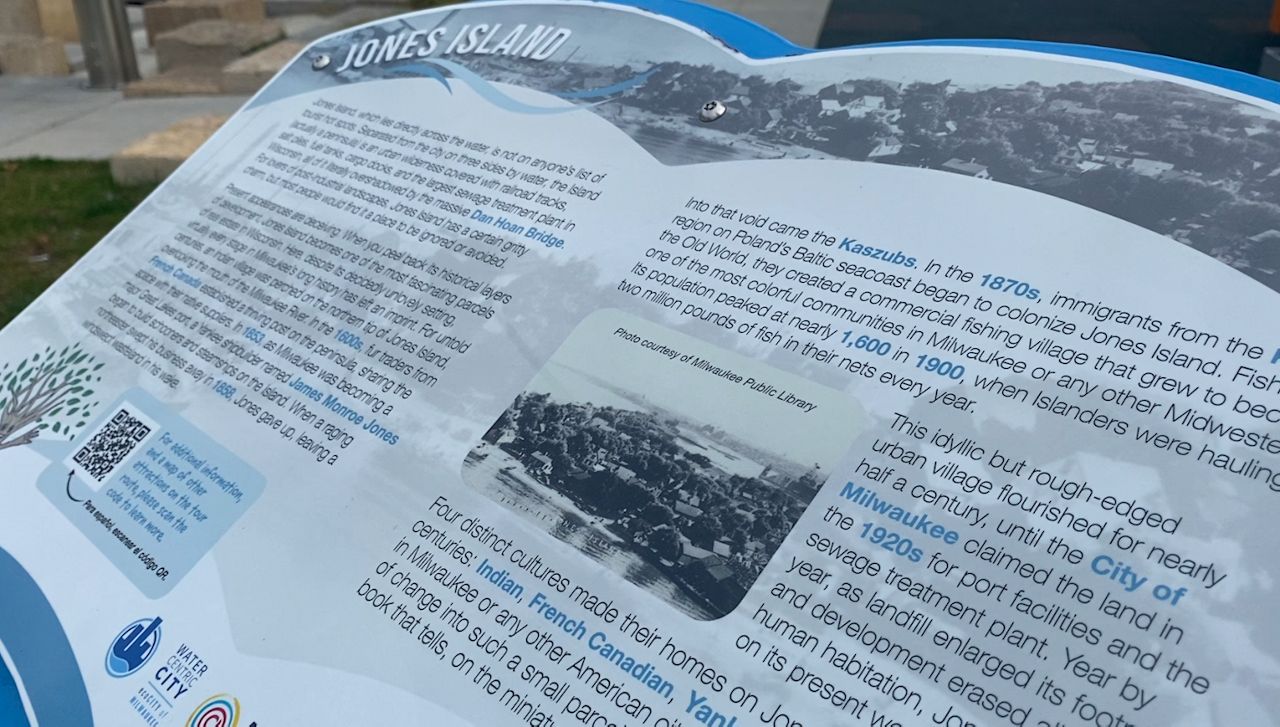 One stop on the tour is Jones Island in the Harbor District.

Tia Torhorst is CEO of the Harbor District. As she took a moment to relax along the Kinnickinnic River in the Harbor View Plaza, she reflected on the body of water.

“Just in the last few days, we had salmon coming to the surface here in the water and on its way to migrate to spawn. Really, the accessibility of being able to experience things like that was why Harbor District was formed,” said Torhorst.

The area is right next to the historic Jones Island. Torhorst walked to an old image of the island from 1900 that shows how it connects the past to the present.

“We still have incredibly large ships that come in and collect things from businesses on the port, and take them away and travel all over the world. We have grains and metals and things that come here that we use or we export to other places,” said Torhorst.

Another location on the Water Current Tour is the Paliafito Eco Arts Park. At the park, Sean Kiebzak uncovered a Mandala he made two years ago with local students.

Kiebzak is the CEO of Arts @ Large, an organization that strives to include art as a part of lifelong learning. 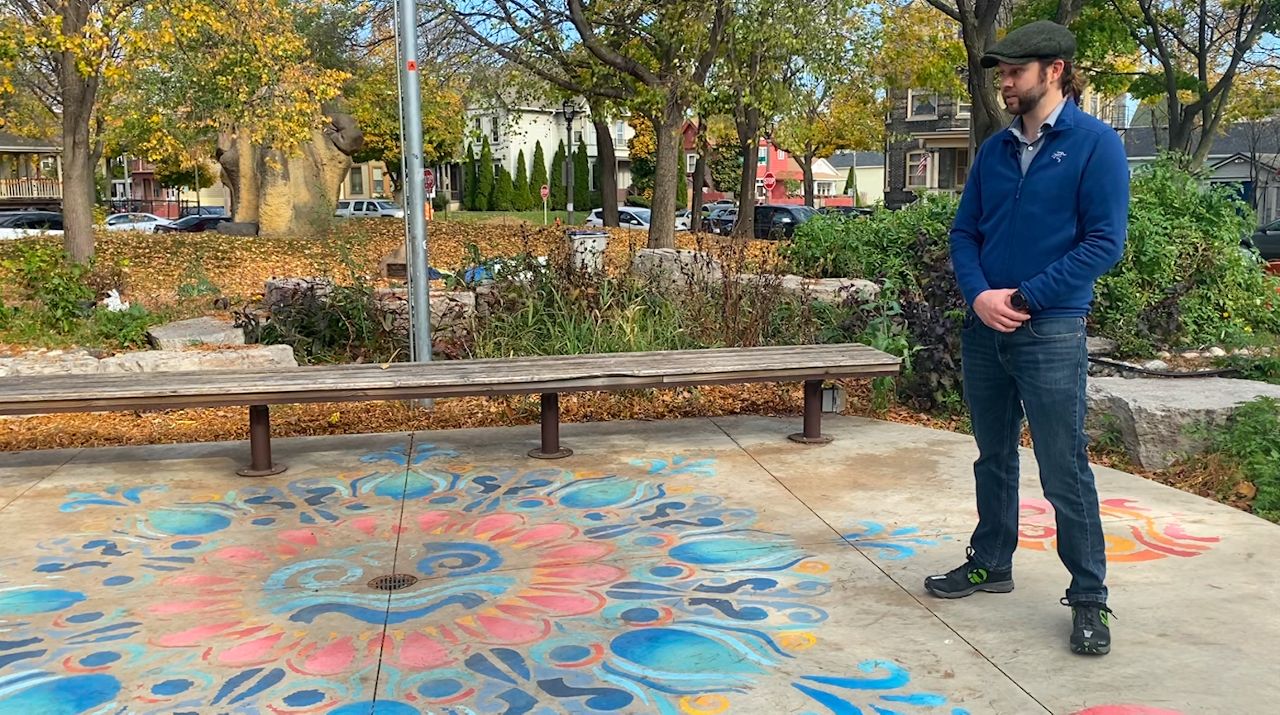 “This is a performance stage, but it also acts as a catch basin, so all of the water captured on site goes into a cistern that is located under the sidewalk over there and it’s about 7,000 gallons,” he said of the tour location. “And that we use to water all of the garden beds that are here and free for the community.”

Torhorst said she sees the Water Current Tour as a way to bring more attention to the Harbor District.

To see a map of the tour, click here.