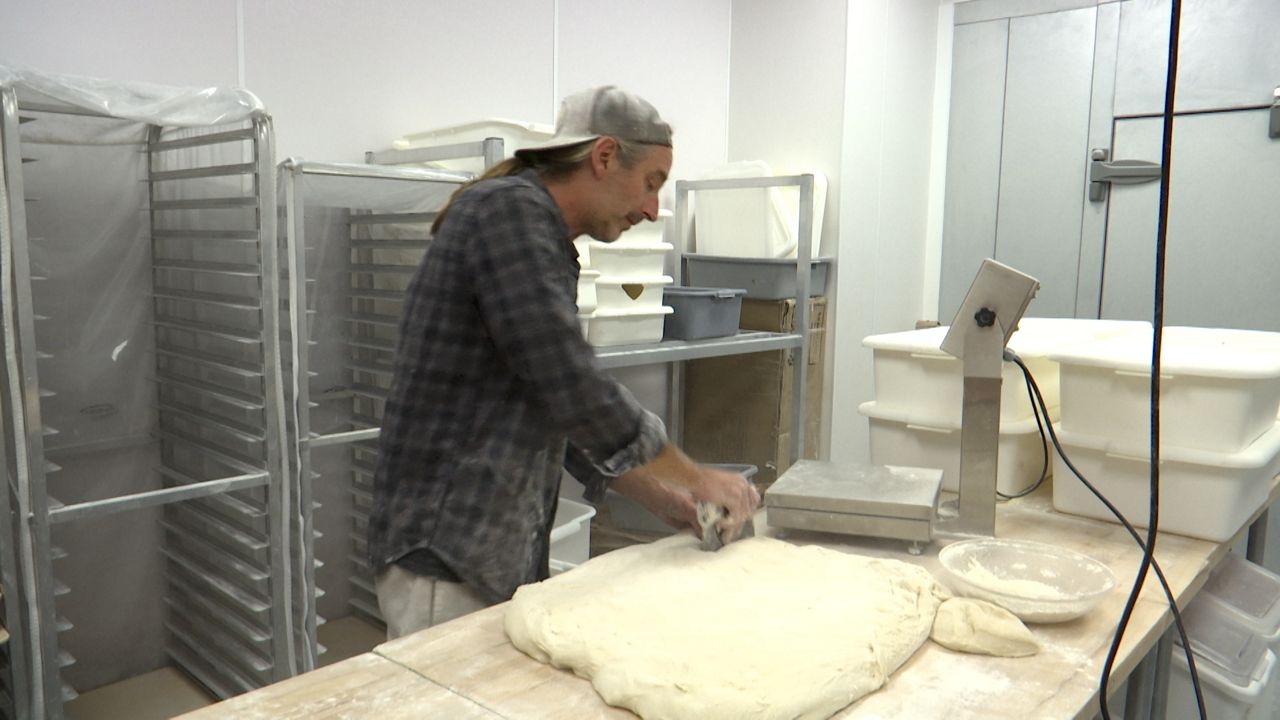 MEQUON, Wis. — Prices at the grocery store keep rising, something that is especially true among ingredients used in baking.

According to data from the Bureau of Labor Statistics, between August 2021 and August 2022, the price of eggs rose 40%. During that same time period, flour prices rose 23% as well.

The price increases are enough for home bakers to notice. But when you bake hundreds of baguettes and croissants per day, commercial bakeries really feel the pinch.

Bakery owner Gene Webb said rising prices have had a direct impact on his ability to turn a profit, especially because you can only raise the price of baked good so much before customers stop buying.

“I think we have all gotten tired of hearing the word unprecedented,” Webb said. “Once something has happened, there is a precedent, but we seem to be rolling through it over and over and over again.”

From flour made more expensive due to the war in Ukraine, to eggs that cost more due to outbreaks of avian illness, it makes planning ahead for the future difficult.

“You always have to respond to the market but with the fluctuation now, you react more quickly than you were before because things were changing more quickly,” said Webb. “Right now, there is any number of products and initiatives that we better not do that because I can’t predict what is going to happen next month.”

Webb said he has worked with his wholesale vendors to ensure he is being charged fair prices for what he buys. While he said business remains strong, he hopes for more predictable prices in the future.