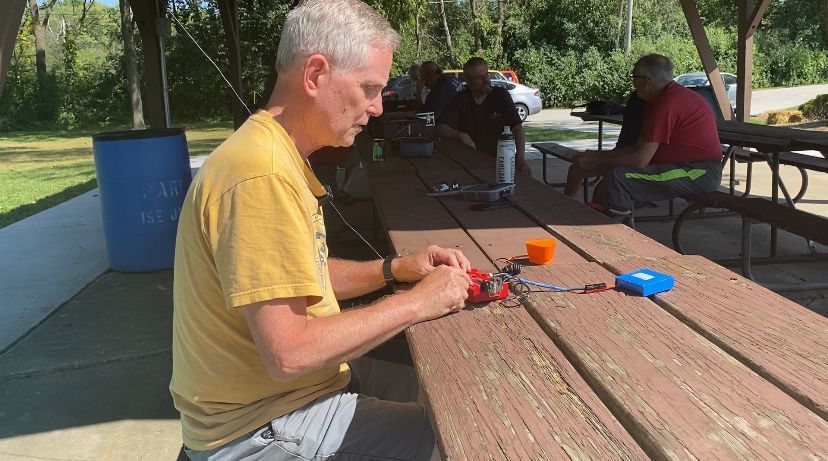 NEW BERLIN, Wis. — Although long distance communication is easier than ever with the internet and cellphones, the West Allis Amateur Radio Club is showing that ham radio is not only still going strong but also evolving.

Every week, the club sponsors a Park Ops meet up at a Milwaukee-area park to generate interest in the popular hobby. Also known as amateur radio, ham radio involves the use of radio frequency for exchanges of messages.

At a recent meeting, Michael Johnson sat on a bench at Lions Park in New Berlin using Morse code to communicate with someone in Massachusetts. 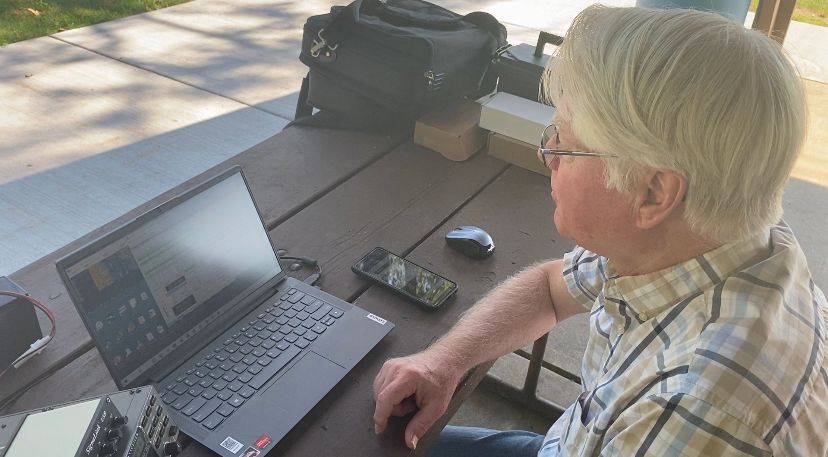 “It was a very brief, formatted conversation. So I sent my name and a number and he, in turn, sent his name and number,” said Johnson.

He’s a ham radio operator and a member of the West Allis Amateur Radio Club.

A few years ago, he started promoting the meet ups on Facebook to get other ham radio operators from the Milwaukee area together on Wednesdays.

“It turned out that it took a little while to rub the sticks together to get some smoke and fire, but eventually, people started showing up and that has been a big draw in the portable ops thing,” said Johnson. “Batteries are tiny. The equipment is smaller, so you don’t need a pack mule to get a radio out into the field anymore.”

As Johnson checked out the different systems that other operators use, he said it’s exciting to see how ham radio now integrates computer and internet technology.

He explained it can also be set up in places without electrical or internet infrastructure.

“I can stay in contact with my family while I’m on this voyage of discovery for a week out of the communications zone. There’s no phone calls. There’s no other way for them to get a hold of me,” said Johnson.

Brad Smith is a regular at the Park Ops meet up. He said it’s the social aspect that drew him to the gatherings. 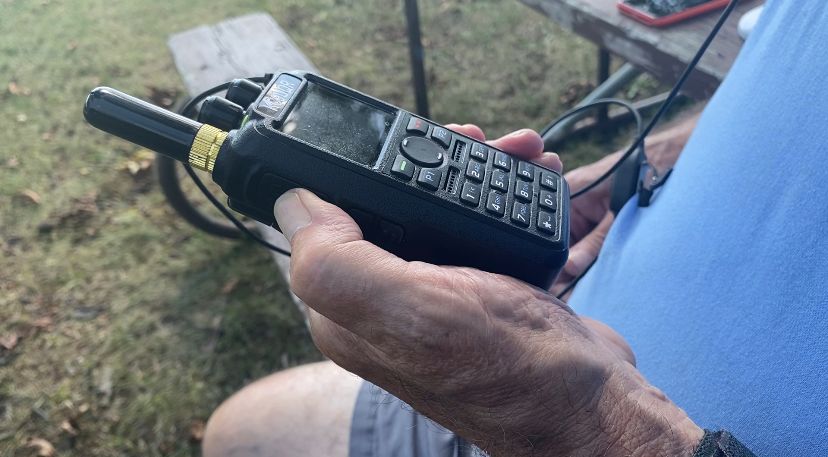 “Back when I was a little kid, I was going to get a ham radio license in 1962. None of this technology existed. It’s fun. I love the technology. I like being on the cutting edge of it,” said Smith.

For Johnson, the Park Ops meet up reminds him of why he has been interested in ham radio since high school.

“I became enamored with being able to communicate, as you just saw with someone far away, no wires. That’s the magic to me,” he said. “I had no technical training. It’s literally something that I just picked up on my own. My family has no history in it. I just gravitated towards it. It fit like a pair of nice worn sneakers. It just worked.”

Johnson said he hopes that as the Park Ops continue every year, that it will continue to create interest in ham radio.

He said he believes it’s a great hobby that is as technical as it is social.