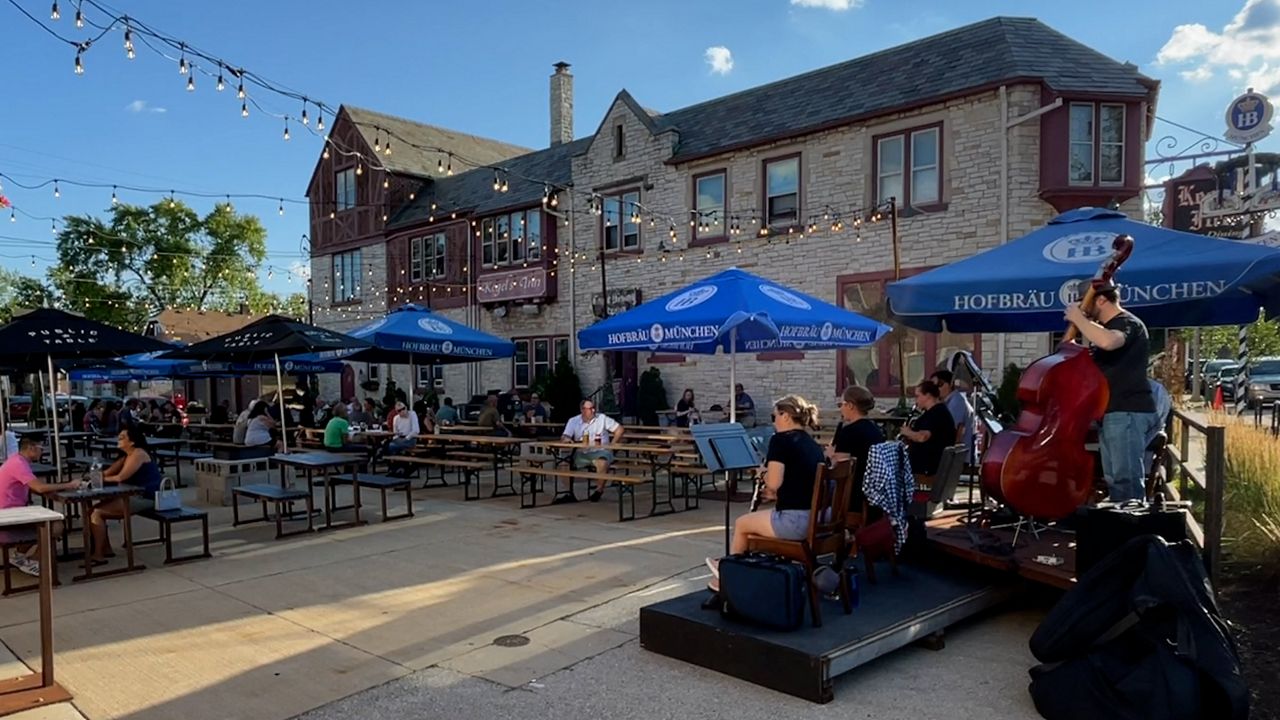 WEST ALLIS, Wis. — When you walk into Kegel’s Inn, you’re instantly transported to the 20th century. The German restaurant has been in West Allis for nearly 100 years. Julian Kegel is a fourth generation owner. His grandfather started Kegel’s Inn in 1924.

“It was originally a prohibition speakeasy where they were serving a free meal when you ordered a whiskey,” said Kegel.

You could say Kegel had some big shoes to fill. That’s why when the pandemic hit, he knew something had to be done to keep business going, even though customers weren’t allowed inside.

“I was confident Kegel’s Inn would be around forever because it’s been here for forever,” said Kegel. “I took over in 2016 and the pandemic rocked us to our core.”

The restaurant closed down operations for only 15 days. He had a few ideas to keep Kegel’s Inn running. First, was a drive-thru for fish fry Friday. Another was opening up an outdoor beer garden for customer’s to enjoy a meal and a drink outside. The most successful idea was adding live music.

“We turned our beer garden into a live music stage,” said Kegel. “Literally, Wednesday, Thursday, Friday, Saturday we have live music because it was so popular with our first run in 2020. We had to keep that going.”

Kegel invited Milwaukee Alpenbläser to play in the beer garden. The ensemble is made up of professional and semi-professional musicians. Several play in Blaskapelle Milwaukee, a well-known German band made up of 20 musicians.

“They were so grateful just to have a place to stay because schools were canceled,” said Kegel. “Their lessons were canceled. They had nowhere to go for this passion. When we came up with this idea, they did it for free for 17 months.”

“We get to make the music that we want to make and bring our friends, our family and our community here,” said Zawadiwsky. “It benefits the restaurant. It’s just a win-win for the community.”

Milwaukee Alpenbläser even played in the cold months of the pandemic, so community members could have a place to keep spirits high during a difficult time.

To this day, they’re still playing at Kegel’s Inn. Some might call them a Wednesday night staple.

“I hope that we’ve been able to make a positive difference for an amazing establishment that’s been a cornerstone to the community for a 100 years at this point,” said Zawadiwsky. “That relationship is really mutually beneficial.”

Kegel said while the pandemic was a scare to his family’s restaurant, he’s thankful for the addition of live music.

Milwaukee Alpenbläser recently lost their co-founder, Doug Scott. Zawadiwsky said Scott was a man of many talents. He played the tuba and bass clarinet. She said when they’re performing, his chair will have a photograph of him in his memory.