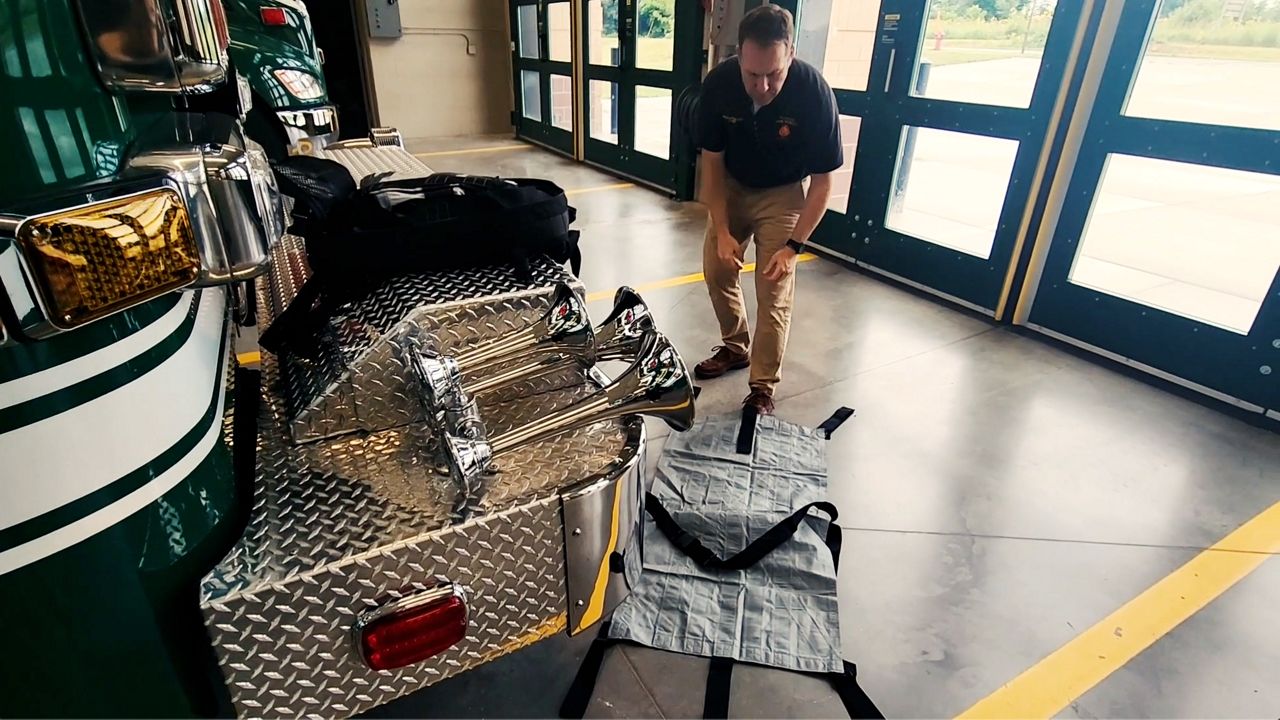 FITCHBURG, Wis. — On the 10th anniversary of the Sikh Temple shooting, a top Fitchburg firefighter remembers the role he played on that harrowing day.

“We were fortunate enough to the point that we had a police department and a fire department of paramedics that worked very well together,” current Fitchburg Fire Chief and former Oak Creek Battalion Chief Joe Pulvermacher said after witnessing the aftermath of that unthinkable situation.

But he knew from the response that the team needed additional support. So, Pulvermacher decided to find an ‘out of the box’ solution.

He worked with Green Bay’s Graham Medical to conceptualize the ‘Mega Mover.’ In place of a stretcher, the Mover’s bed frame-like structure allows first responders to pull a person, weighing up to 200 pounds, in an active shooter situation.

“So with this, we’re able to get the stretcher under the patient and drag them to what amounts to a safer area and use less rescuers,” Pulvermacher said. “So we’re maximizing our effort, moving more patients using fewer rescuers.”

He said it was extremely important to make this a lightweight invention.

“We needed to make sure that whatever we were using could be used when our fine motor skills go away due to stress,” Pulvermacher added.

The Mega Mover is an easy-to-fold device that costs around $25 to $30. It’s now considered a must have for rescue crews, not just across Wisconsin, but all across the country.

You can learn more about it, here.