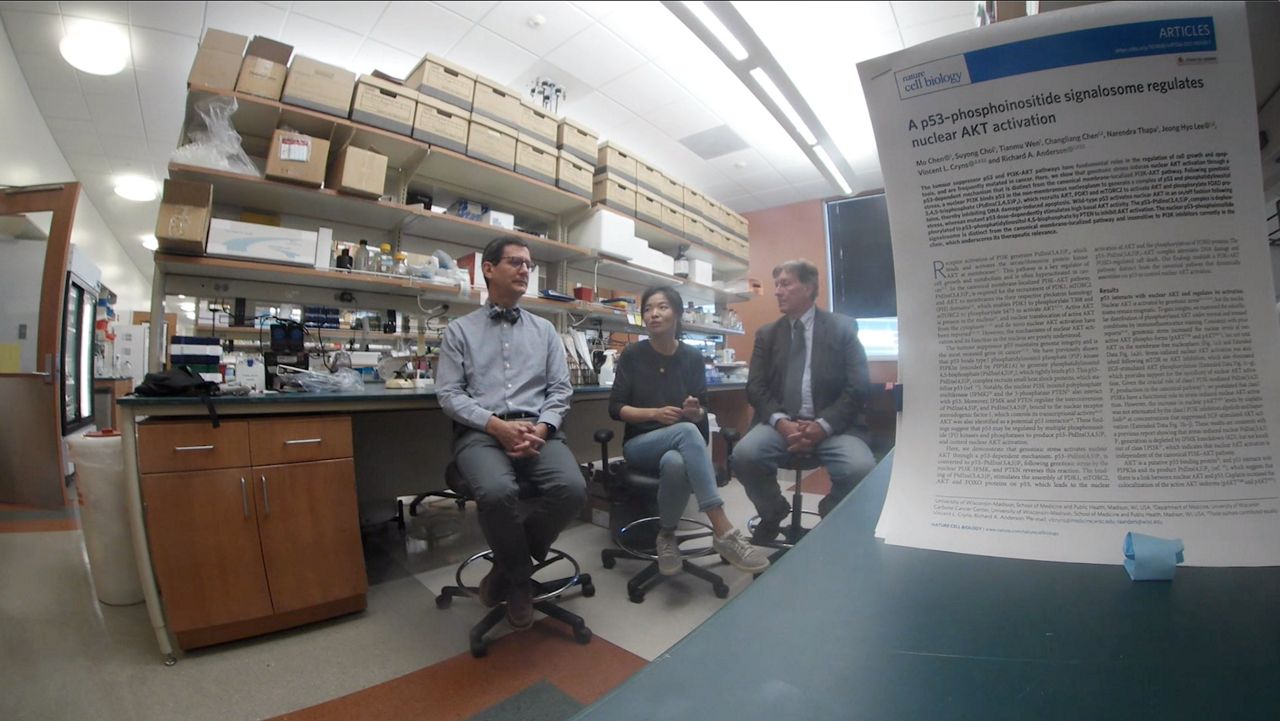 MADISON, Wis. — For the first time, researchers have learned two cancer drivers are linked together, and some top University of Wisconsin scientists are taking the credit for the incredible discovery.

“It’s an emergent field,” lead author Dr. Mo Chen said as she explored how the two most mutated cancers markers actually work together.

“Science teaches you that you have to be open to things that are unexpected,” UW Health’s Dr. Vince Cryns said of what they found underneath the microscope.

“It’s a massive paper, cannot be overstated,” Cryns said. “It was a Herculean effort.”

On her three-year journey, Chen proved the mutant cancer regulator gene P-53 can, in fact, activate with another key cancer pathway.

“We can see that the two are together because the green and red make yellow,” Cryns said of the discovery stained on specific slides.

“I will say, I call the crash of two gods,” Dr. Chen said of the realization that this was even a possibility.

The researcher agrees that this Wisconsin idea could change revolutionize future cancer care.

“We’ve shown that they come together in a certain way,” Anderson continued. “And there are specific molecules that, if we can develop drugs for those molecules, we could actually inactivate both of those pathways instead of working independently or separately with two different drugs. And i think that’s very exciting clinically.”

The top docs said they are far from done with the research. They believe in the next five years, new therapies will be made available because of their discovery.

Learn more about the paper at https://news.wisc.edu/unexpected-link-between-most-common-cancer-drivers-may-yield-more-effective-drugs/.