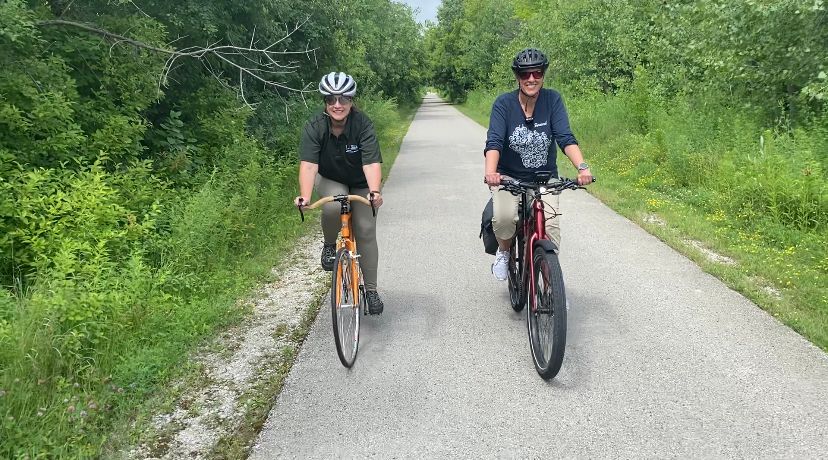 MILWAUKEE — The Wisconsin Bike Fed and DNR are teaming up to bring more awareness to U.S. Bike Route 30.

The American Association of State Highway and Transportation Office designated Wisconsin's part of the trail during the height of the pandemic.

Kirsten Finn suited up for a ride on the Hank Aaron State Trail. She is the executive director of the Wisconsin Bike Fed.

“I think that riding a bicycle helps you to see your community in a whole different way,” Finn said. “You connect with neighbors. You wave to people that you would never wave to you in your car.”

The Hank Aaron State Trail is one of seven state trails in Wisconsin to be designated as a part of U.S. Bike Route 30.

Finn said that since pandemic restrictions have been lifted, they want to raise awareness of the route.

“It’s a great way for people to see the whole state by bike,” Finn said. “It helps to identify the safest routes for people to get from point A to point B and it will also connect Wisconsin to our neighboring states so that they can go interstate traveling by bike on the safest, less stressful road.”

The DNR plans to place sign markers to make it easier for cyclists to identify the trail. 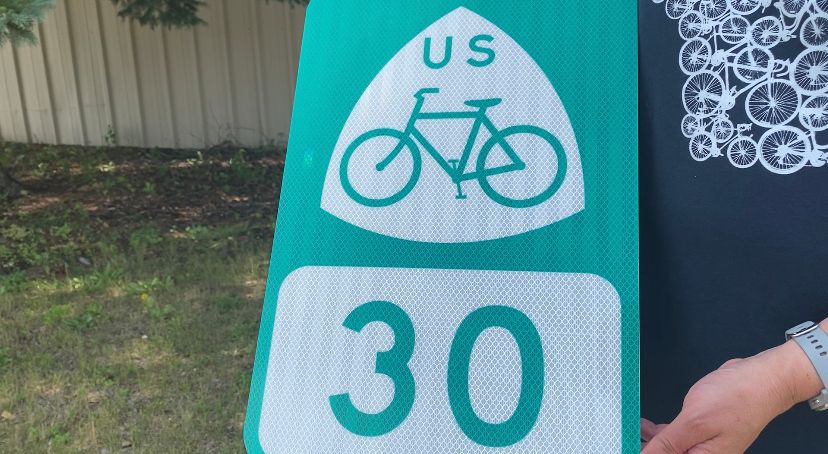 DNR State Trails Coordinator Brigit Brown said the U.S. Bike Route System has been in place since the 1970s, but Wisconsin didn’t become a part of the route until recently.

“We are able to do that in large part, because about half of Route 30 is on Wisconsin DNR trails,” Brown said. “Largely rail corridors that have been converted into trails that serve bicyclists and other outdoor recreational uses.”

For Finn, Route 30 is not just about daily recreation.

“This trail is going to be a great way for people to travel by bike to take an overnight vacation and maybe do some bike packing. I also think it’s great for Wisconsin’s outdoor tourism economy,” Finn said. “If we can encourage people from other states to come and see how beautiful the outdoors are here in Wisconsin. The U.S. Bike route 30 is just a great route, and it takes you from both rural areas and urban areas.”

The Wisconsin Bike Federation has also released the Bikeways Report to facilitate long-distance bicycling throughout the state.