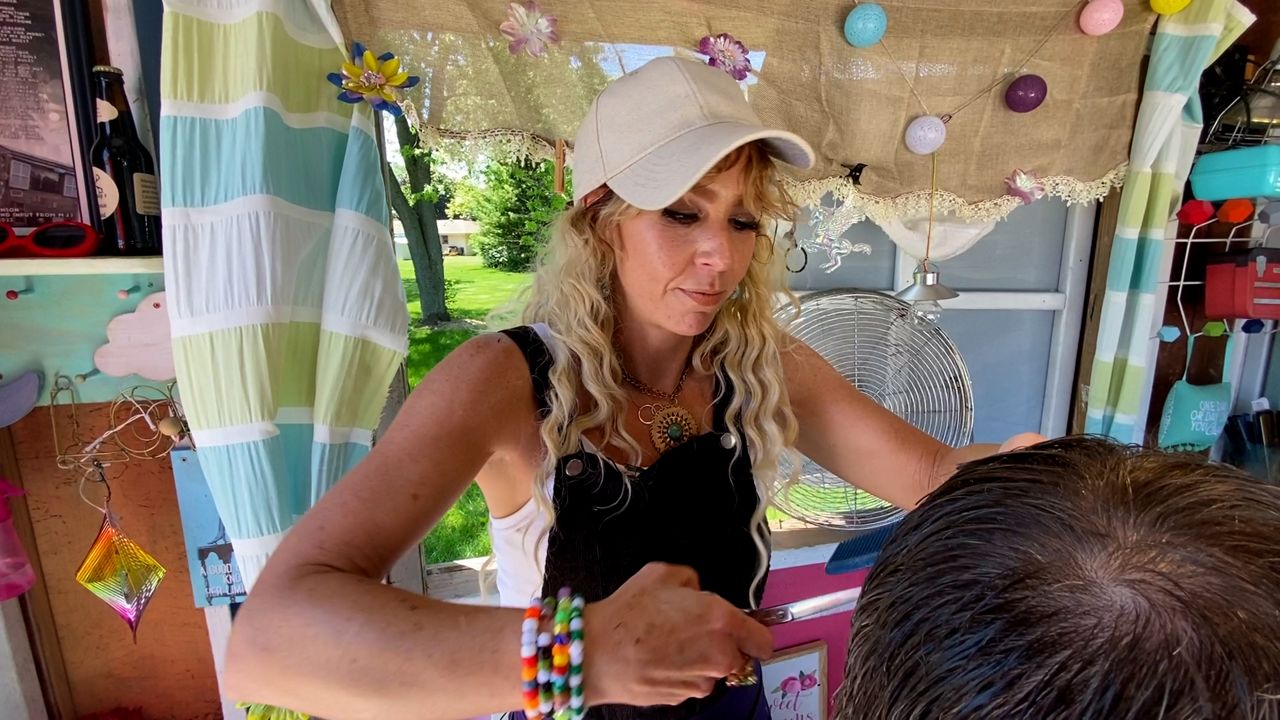 The Hair Hut: Woman creates a tiny barbershop on wheels

MENOMONEE FALLS, Wis.— Mandy Jane Ashenfelter said even through the tough times, she is thankful she created The Hair Hut three years ago.

Inside what looks like a tiny home on the side of Appleton Ave. in Menomonee Falls, Ashenfelter works her magic. She cuts hair for anyone who stops by, asking only a $10 donation in return. 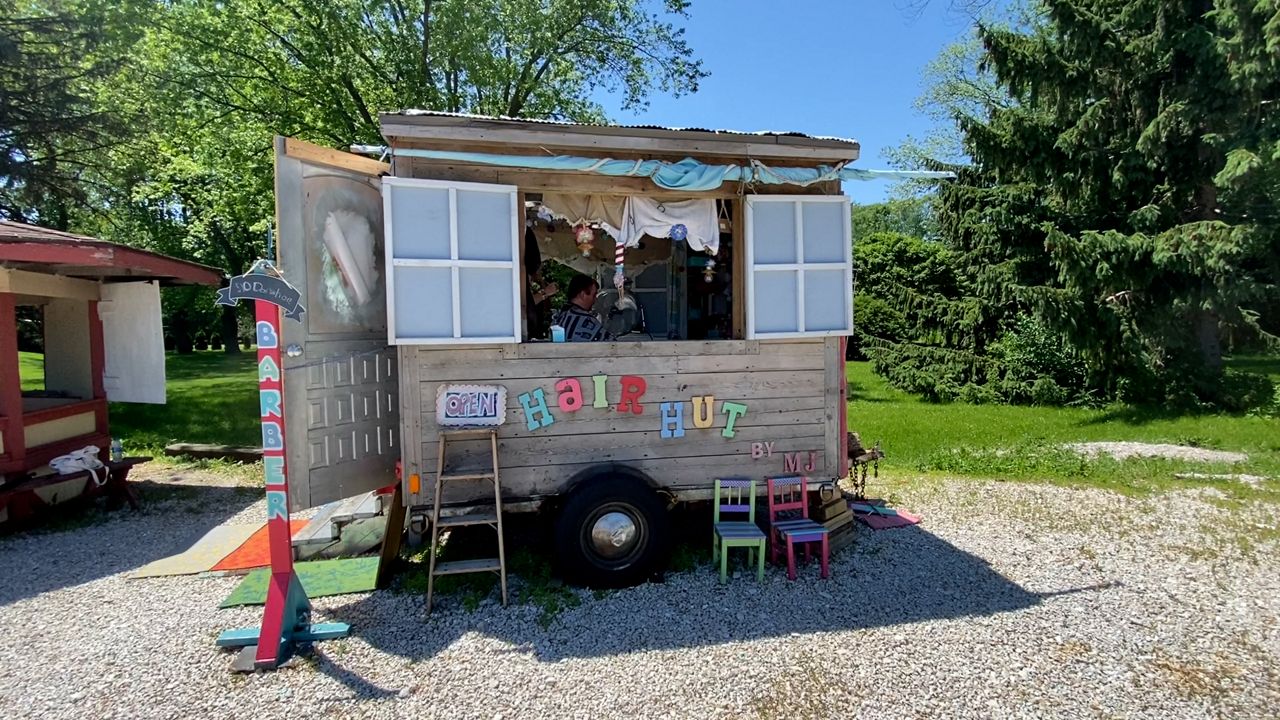 “Everything I make goes right back into the business and I haven’t raised my prices since I started because I want everyone to be able to come get their hair cut,” she said. “Everywhere else has raised their price, but I want to be able to continue to charge $10. So, I just come earlier to work and stay later at night.” 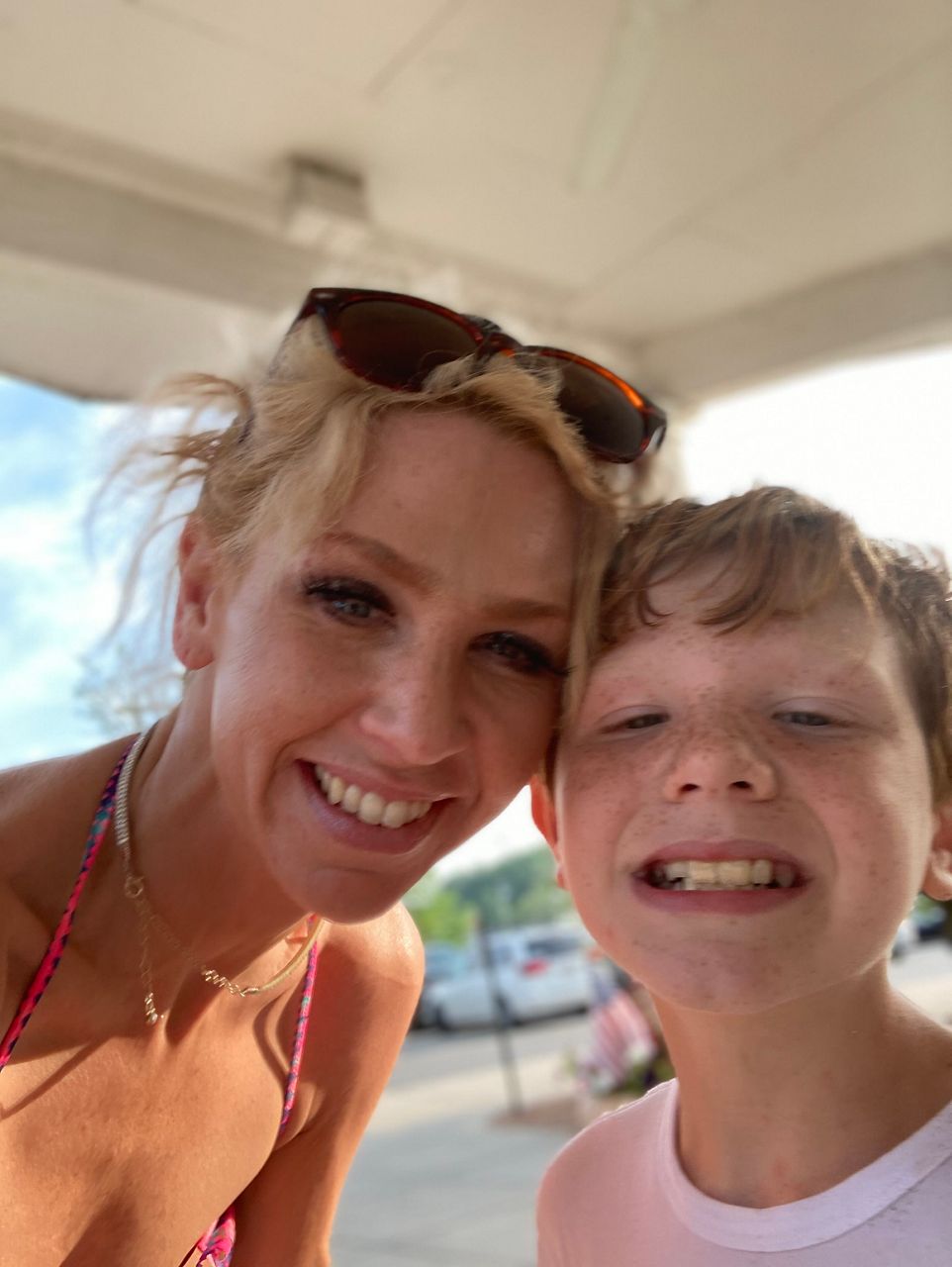 Ashenfelter came up with this idea about 10 years ago. She worked weddings and photoshoots in beauty school and said she never had one organized space to keep her tools.

“You’d be in the woods or someone’s house and you would need a space to put your things and a comfortable place to put the model,” she said. “I thought why not do it for haircuts too?”

The Hair Hut opened its doors during the start of the pandemic, which Ashenfelter said turned out to be just in time.

“People like to come here because it’s an open concept and people felt safe,” she said. “There aren’t many people in the unit and you’re out in the fresh air.”

Sean Timmons is a regular at The Hair Hut and a loyal customer to Ashenfelter.

“I love supporting small business owners and I had a small business myself at one time,” he said. “Mandy’s friendly and it’s not crazy expensive like everywhere else.”

Marlene Shaefer has been coming to The Hair Hut since the beginning as well. She said Ashenfelter is more than just the person who cuts her hair. Now, she’s family.

“The first time we met she was almost like a granddaughter,” Shaefer said. “Now, I have to call her if I don’t see her here and I text and say, 'Are you okay? You’re supposed to be here.'"

Family is the true reason why Ashenfelter created The Hair Hut, too. The single mom did it to help support her 10-year-old son, Iren.

“He has been my inspiration in doing this,” she said. “I waited tables for a long time and when I had my little boy, I realized that was not going to work out and nights away from him is too hard.” 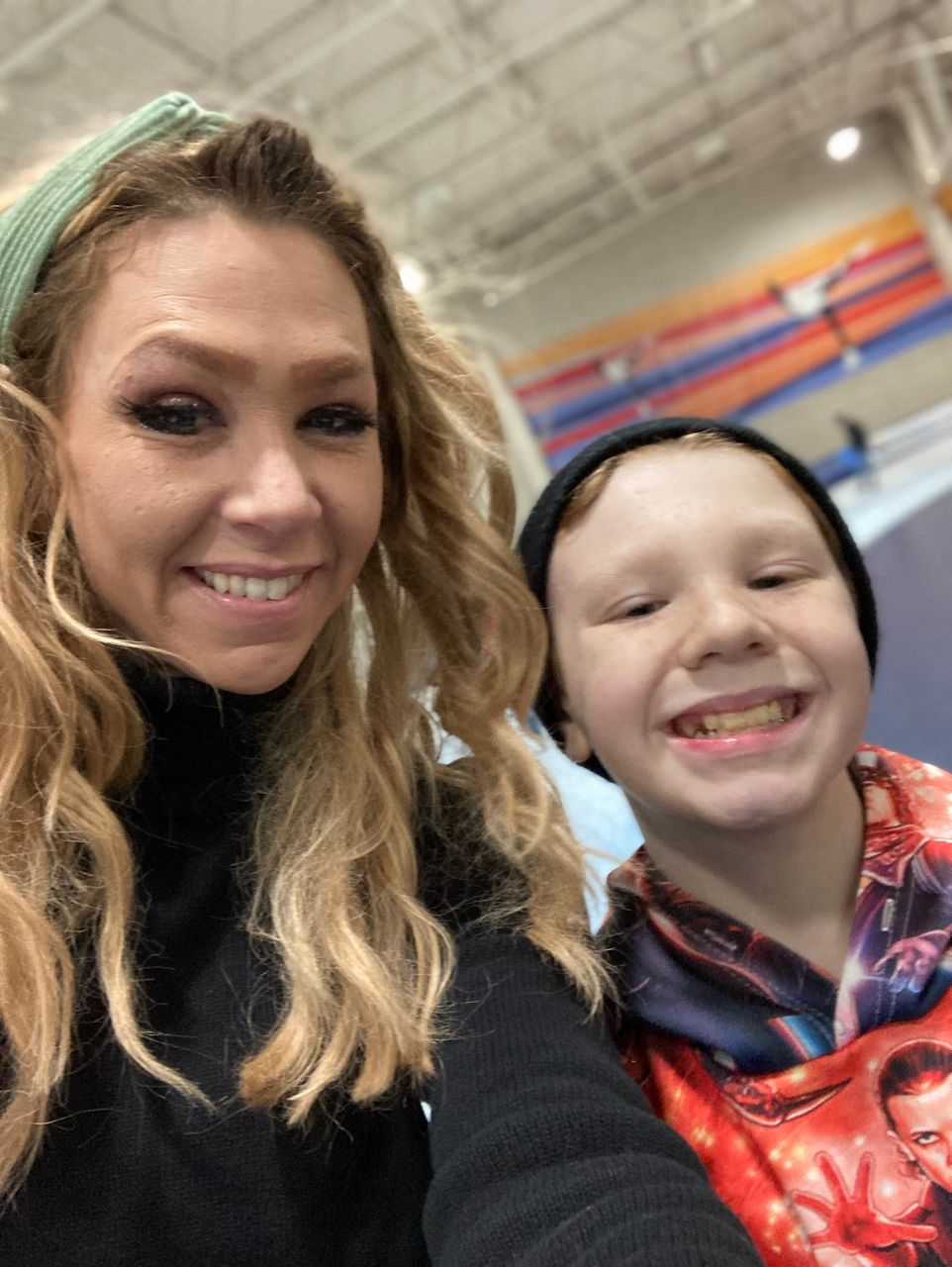 She also credits her mother for being a constant support system.

“She’s my real rock and without her, I wouldn’t be here,” Ashenfelter said. “He’s very lucky to have awesome grandparents.”

Ashenfelter does everything for her family, whether she’s bound to them by genetics, or bound by a promise to always open her doors for them. It’s what led her to leave a life of alcohol addiction behind and provide a service to her community, rain or shine.