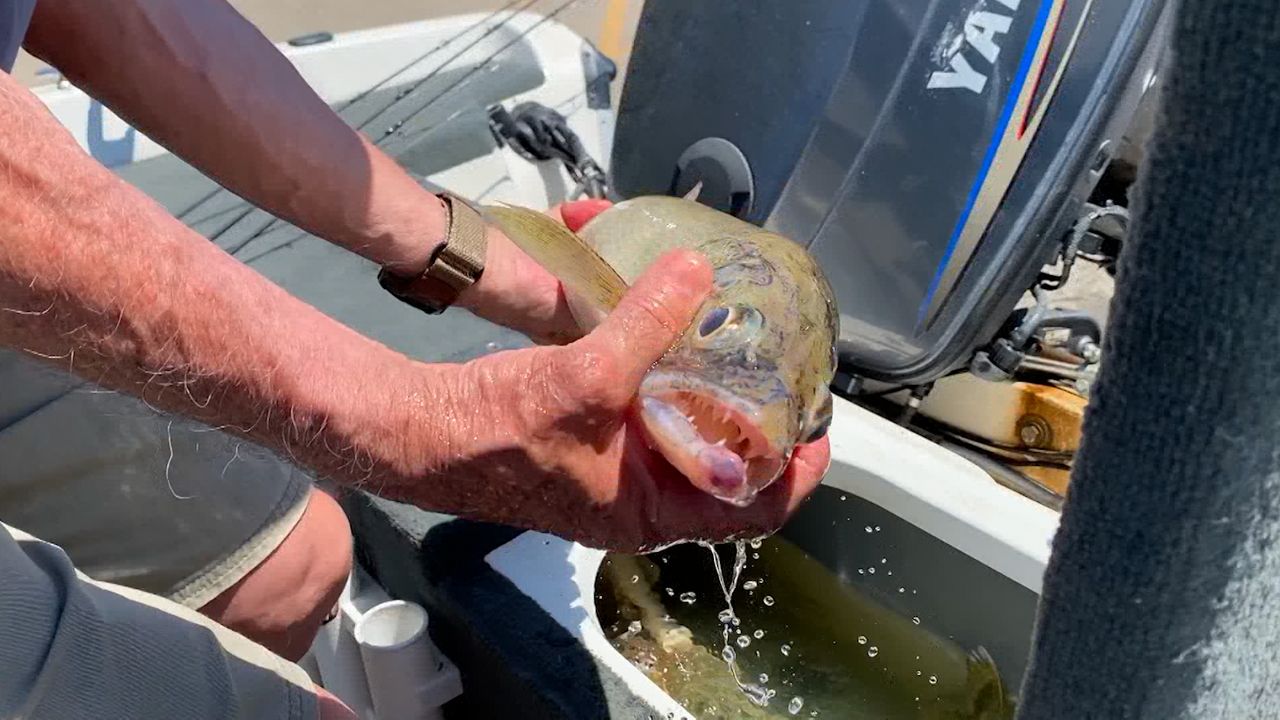 Walleye population on the decline due to warming waters

FOND DU LAC, Wis. — Using mobile fish hatcheries, Walleyes for Tomorrow raised and released a lot of fish back into lakes this year.

“At Green Lake this year we released about eight million six hundred thousand quarter-inch long little walleyes. I just got the receipts for bills. It will be less than five hundred bucks,” said Mike Arrowood, Walleyes for Tomorrow board chairman.

Arrowood said the nonprofit group formed in the 80s after a series of droughts led to low walleye populations on Lake Winnebago. 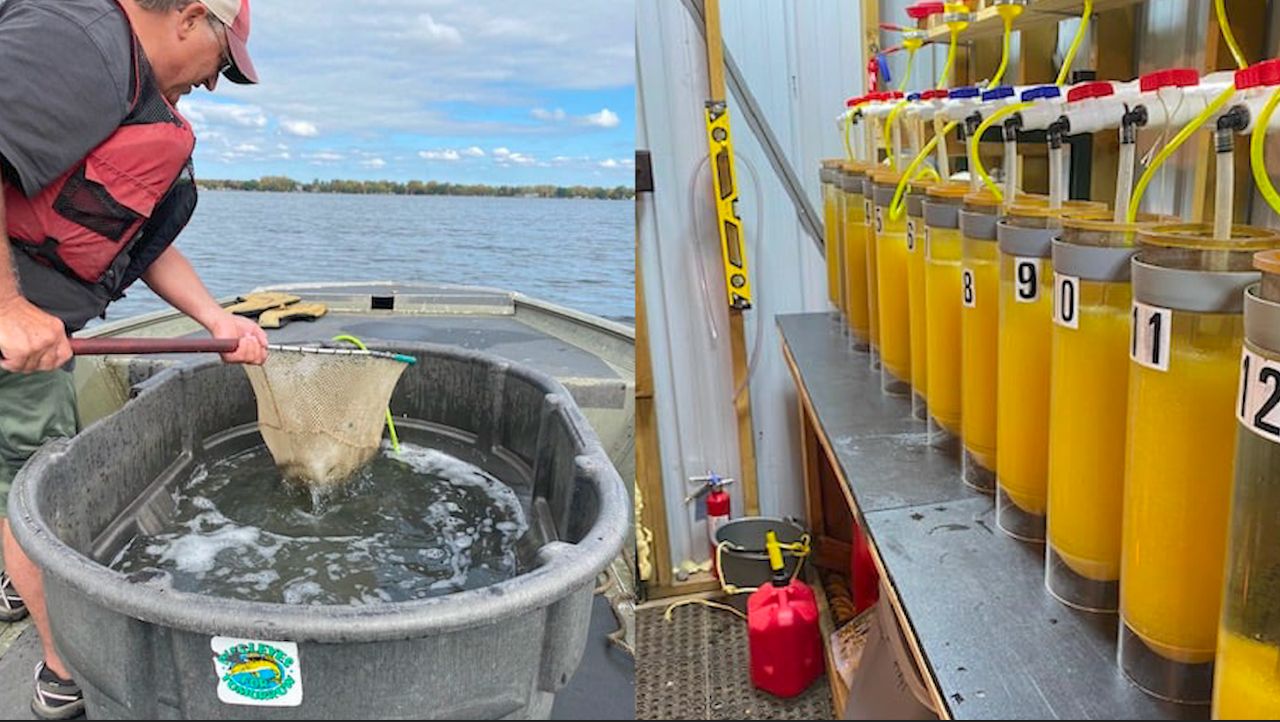 “A bunch of us got together and decided to do something,” Arrowood said. "So we formed Walleyes for Tomorrow.”

Besides running walleye hatcheries, they also created habitat for the fish across the state.

The group spent years building rock piles at the bottom of Lake Winnebago, where anglers come from all over to hook into the iconic fish.

“It’s gotta be in the top five (walleye fishery) in the country,” Arrowood said. “It’s been called the walleye factory for a reason.”

Recently, reports suggested that a warming climate could pose problems for cold-water fish in Wisconsin. 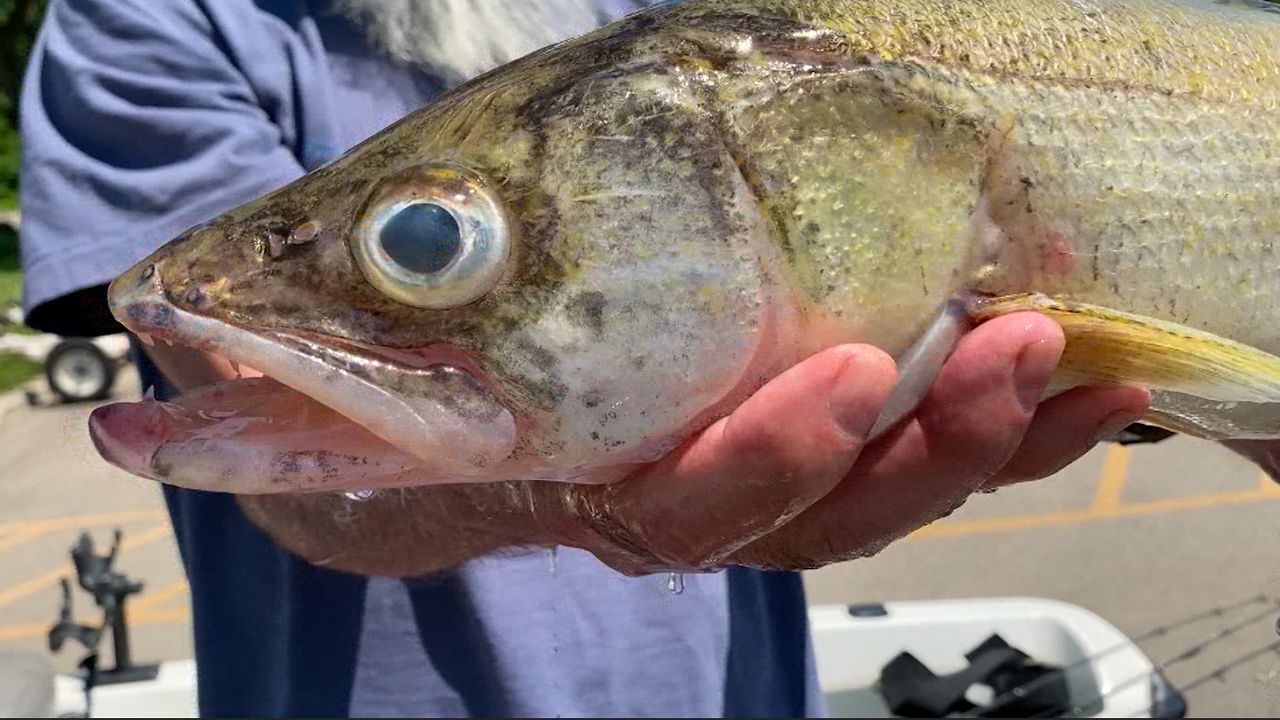 “The science is pretty clear,” said Zach Feiner, a research scientist with the Wisconsin DNR and UW-Madison. “In the next half-century or so, we’re facing pretty substantial habitat loss for a lot of our cold fish species.”

“It’s going to push a lot of these systems from supporting cold water or cool water species like walleye to being more habitable for other things like bass and bluegill that are tolerant of warm water,” Feiner said. “It’s going to be a community shift from cool to warm waters.”

Feiner wants Wisconsin anglers to start thinking about a future with fewer walleye. 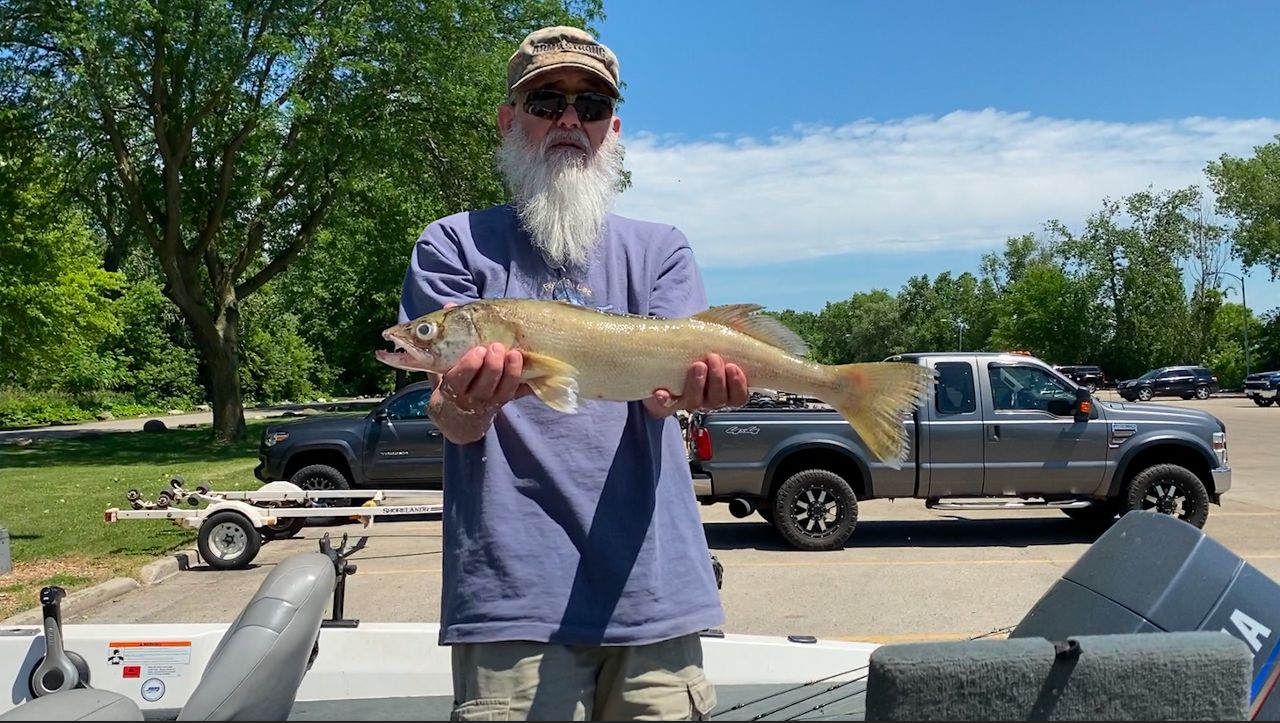 Dave Burgess of Fond du Lac said not so fast. He recently came off a successful fishing trip on Lake Winnebago. He and his son each caught their limit of three walleye.

“No, I couldn’t. I think we got a real sustainable population out there, and walleye is the king, walleye and perch,” he said. “Personally, if I catch a bass, I just throw it back. I don’t care for them. I know some people eat them and like them, but not my preference.”

Feiner said in fifty years, some Wisconsin lakes won’t be cold enough to support a self-sustaining population. He thinks anglers will adapt to whatever fish are available.

“Bass and bluegill are great to eat. Bluegill are probably the single most harvested species in the state. Those opportunities are still going to be there. And there’ll still be walleye opportunities too,” Feiner said. “They just might be fewer and further between. You might just have to drive a little bit further if you want to fish in a walleye lake.”

Even if walleye can't reproduce in warm waters, they can survive them. State fish hatcheries stock many Wisconsin lakes.

Feiner raised some questions on stocking, citing a DNR assessment.

“What we found is that the results from stocking are really a mixed bag. In some places they work, but in a lot of places, they don’t work. Either you don’t see the survival of those stocked fish or maybe those stocked fish survive," he said. "They don’t reproduce, so you have to continually stock." 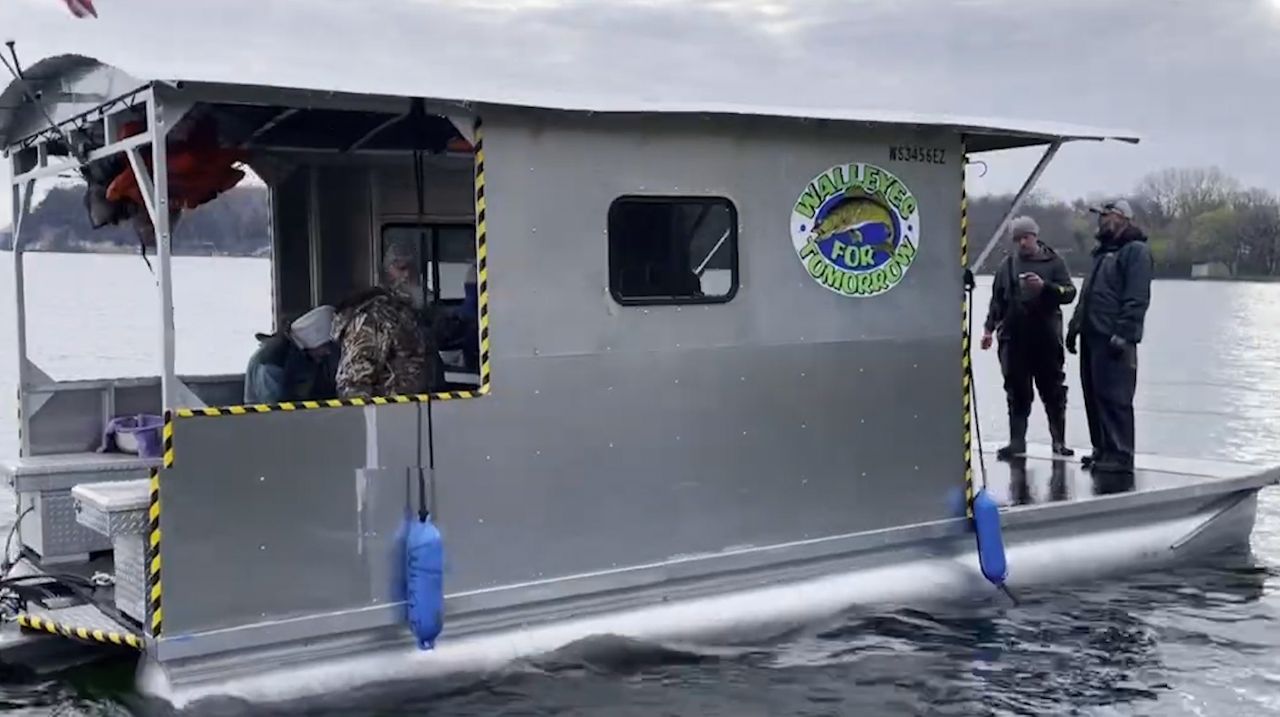 Arrowood agreed that climate change is a disruptive force for the walleye population. But he doesn’t plan on sitting around and watching the population dwindle.

Much smaller and cheaper to operate than state facilities, Arrowood and Walleyes for Tomorrow released over 17 million small walleye this year with their mobile units.

Arrowood thinks the best chance of survival is getting walleye into the water when they are young and can adapt to the lake.

If lakes keep warming, some may turn the page on walleye while others work to keep them in the water, and on the dinner table.