Some Wisconsin lakes may lose their walleye, studies suggest. How can fisheries adapt?

The fish species — one of Wisconsin’s most prized catches, and a cultural staple for the state — needs a pretty particular environment to survive, explained Holly Embke, a research fish biologist with the U.S. Geological Survey.

Walleyes require specific gravelly habitats to lay their eggs. They’re sensitive to light and prefer dim conditions. And they need cool temperatures in their watery homes, which is especially becoming an issue as Wisconsin’s lakes warm up in a changing climate.

“Over the past 10 to 15 years in northern Wisconsin, and throughout their native range,” Embke said, “folks have been observing declines in cool-water species like walleye.”

Wisconsin has poured a great deal of money and effort into trying to keep walleye populations afloat, like by tightening harvest regulations and stocking lakes with fish grown in captivity.

But according to a pair of recent studies — including one led by Embke — even our best efforts may not be enough to keep walleye in all their old habitats. Some lakes may be changing too fast for them to keep up.

“We may need to move towards accepting that walleye populations are not going to thrive in all of the lakes they once did,” Embke said.

In Wisconsin, there are a number of species that need chilly temperatures to thrive, explained Zach Feiner, research scientist with the UW-Madison Center for Limnology and the Wisconsin DNR.

So, as Wisconsin’s lakes have heated up in recent decades, cool-water fish are essentially losing habitat, while warm-water fish are gaining ground, Feiner explained.

“Climate change seems to be tipping the scales,” Feiner said.

In their experiment, Embke and a team of researchers tried to see if they could tip those scales right back — by taking a bunch of warm-water fish out of the equation.

The researchers were trying to figure out a key question, Embke said: If we pull bass and sunfish out of a lake by hand, does that open up a window for walleye to bounce back?

They decided to test out the strategy on a remote lake up in Iron County. Walleye used to have a self-sustaining population there, Embke said, but now have to be supported by stocking. Warm-water centrarchids like bluegill, largemouth bass, black crappie and pumpkinseed also make their home in the lake. 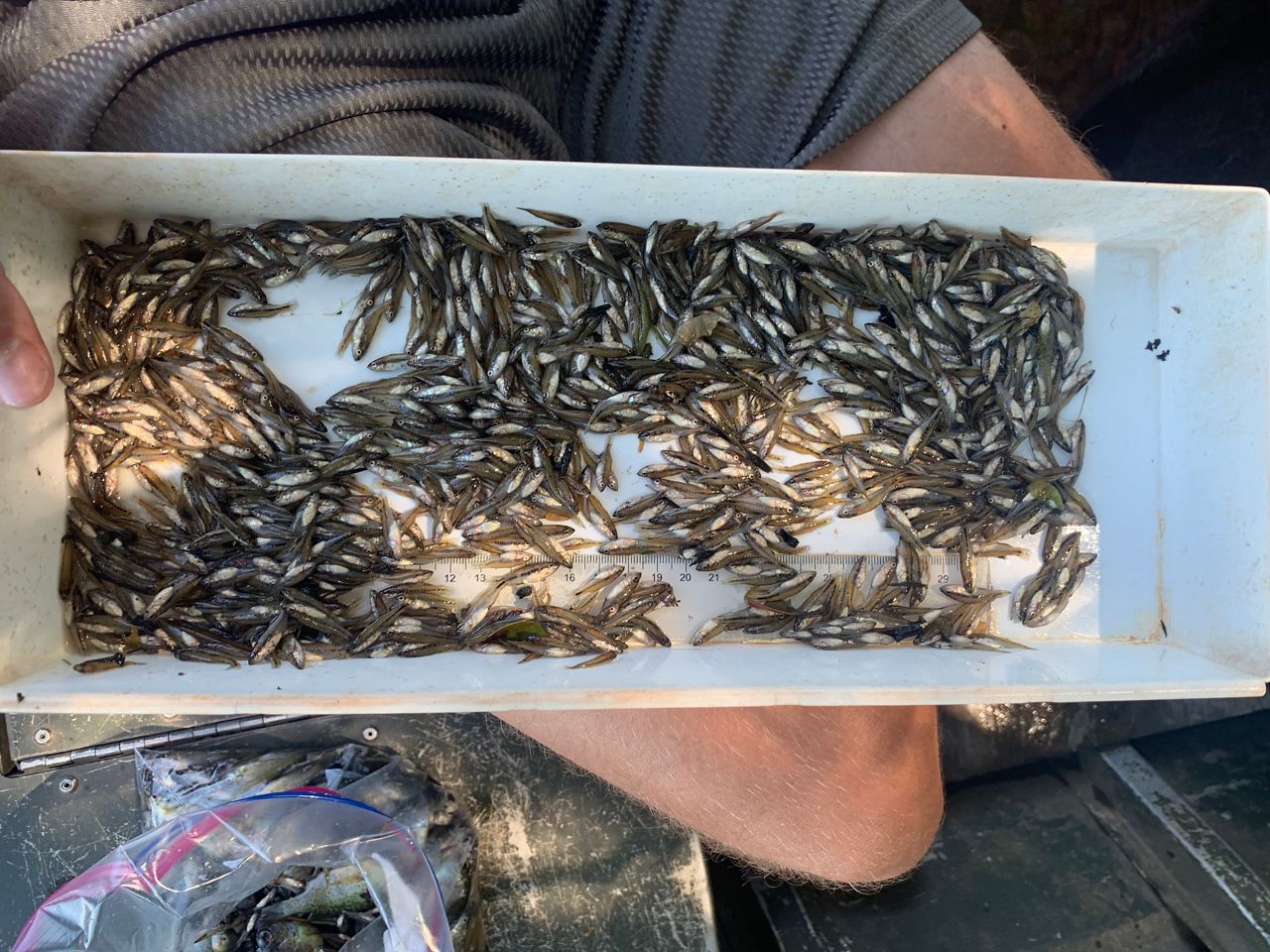 From 2018 to 2021, the researchers took on the task of removing warm-water fish from the ecosystem, Embke said. After years of near-daily work, the team had pulled almost 300,000 fish out with nets, traps and electrofishing.

So what about the walleye?

After a brief uptick, walleye numbers fell back down to the same low levels by the end of the experiment, according to the study. And there were no signs of natural recruitment — or baby walleyes being born and growing up — the study found.

“Basically, what we found is that walleye did not respond,” Embke said.

A change we can't resist

If even this “super intensive” removal effort couldn’t turn the walleye population around, that may spell trouble for the species, Embke said.

And it may mean Wisconsin has to change its approach to dealing with climate change, as Feiner and his co-authors write in another recently published paper.

The paper focuses on the “resist-accept-direct” framework, which offers a way to think about different approaches to climate change.

“The idea is, when you're faced with a major ecological change, you have three possible avenues of response,” Feiner said. “You can either resist that change — try and keep things the way they are. You can accept that change and allow your system to go into a new state. Or you can direct that change.” 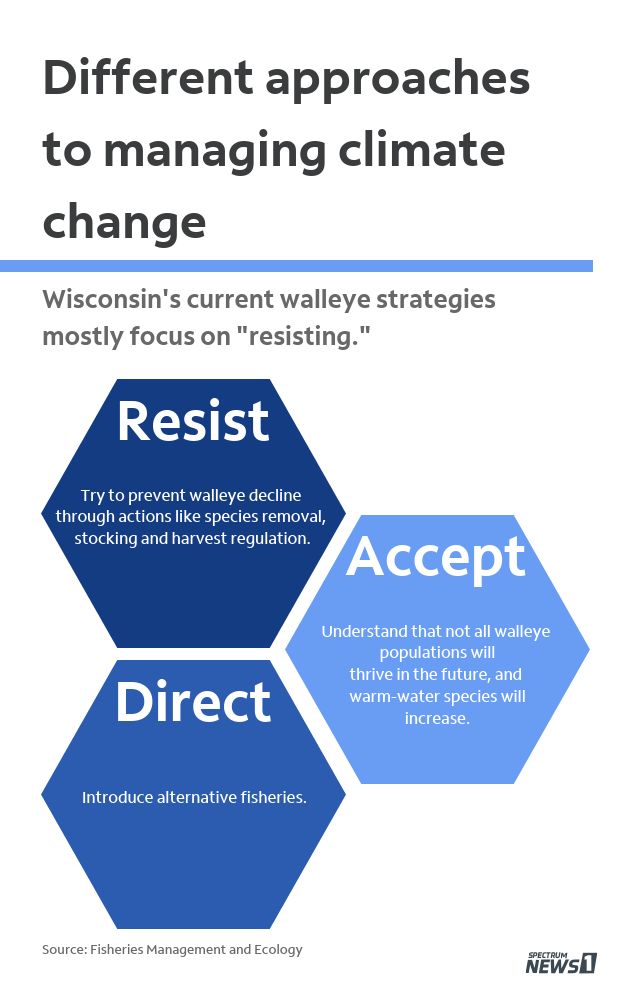 In Wisconsin, the authors found that most of the current strategies for fisheries are pretty much all on the “resist” side — trying to keep walleye and other fish in the same waters they’ve lived in before.

That’s a natural response for a species that’s so crucial to our state, Feiner said. Walleye are an important catch for recreational anglers, and also hold a great deal of cultural value for Native tribes, who have been harvesting them for thousands of years, he pointed out. 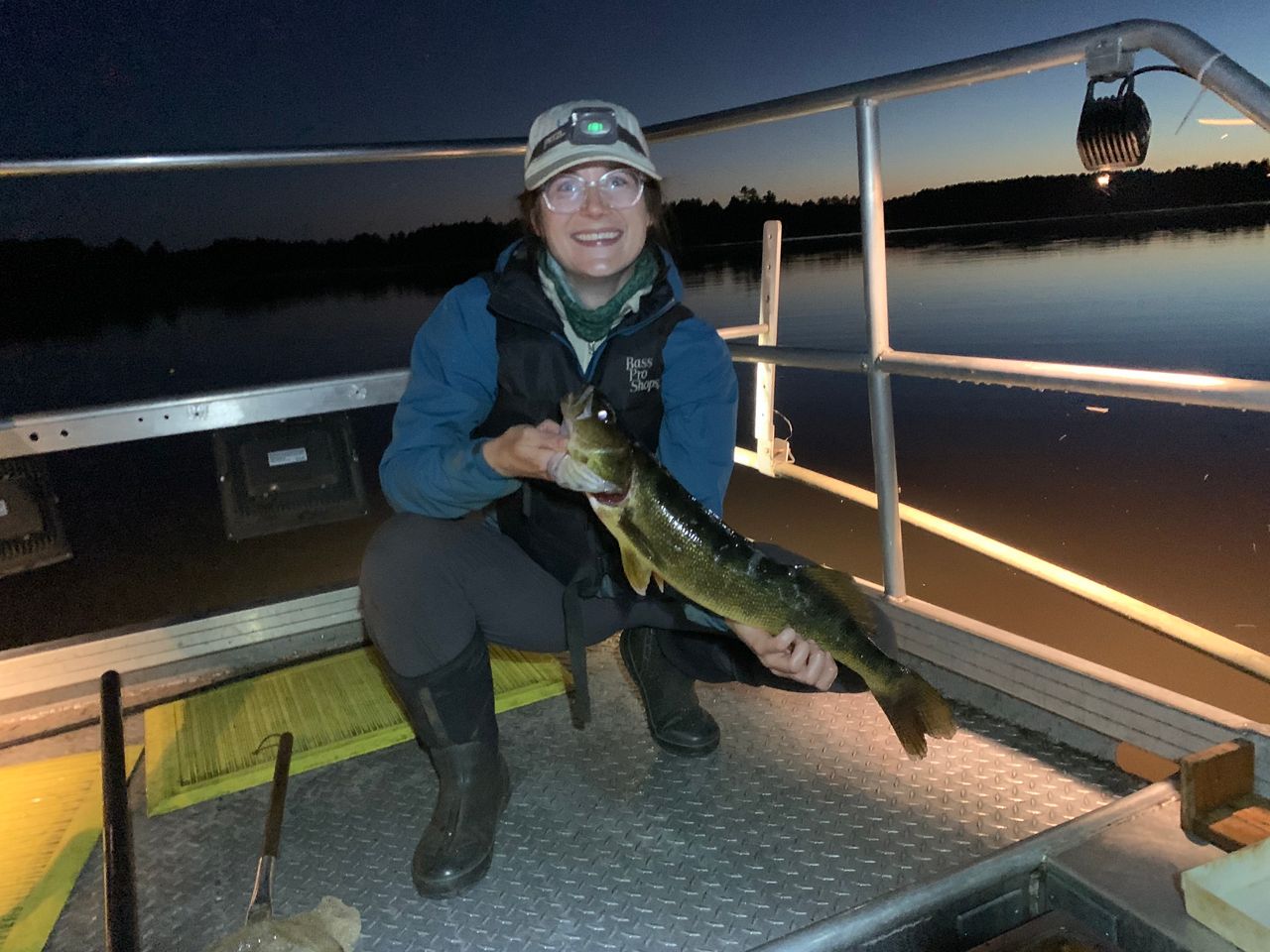 But when it comes to those resistance strategies — like fish stocking or harvest restrictions — we’ve seen mixed success, he said.

Walleye production in Wisconsin’s lakes already declined by almost a third between 1990 and 2012, one study found. And with even more change coming down the pipeline, it might make sense to let different species take over in some spots, Feiner said.

“In terms of acceptance, one thing we talked about is really identifying areas where climate change is outstripping our ability to resist it,” he said. “There are some places, for example, that are simply getting too warm for walleye to continue to persist and thrive.”

Instead of trying to prop up walleye populations everywhere, Embke said, we might need to focus our efforts on fisheries where the species has a better chance of surviving — like lakes that are not heating up as fast, or where bass and sunfish aren’t as dominant. Finding those “bright spots” for walleye survival will be an important next step for Wisconsin, experts said.

In other, faster-warming lakes, future anglers might have to accept fishing for species, like bass or bluegill, instead of walleye, Feiner said. Yellow perch might also offer a “close second,” Embke said: The fish has a lot in common with walleye, but is a little less sensitive and responded well when Embke’s team took out other fish species.

"In the next 40 to 60 years, we're going to be facing probably a very different fishing landscape,” Feiner said. “That means people's kids are not going to be able to do the same type of fishing that they did when they were kids.”

But walleye aren’t going to disappear, the researchers stressed. And there will still be plenty of options available for those who want to get out on the water — even if their catches look a little different than they used to.

“I like to think of the fishing landscape in Wisconsin as a mosaic,” Feiner said. “There's an incredible diversity of opportunities.” 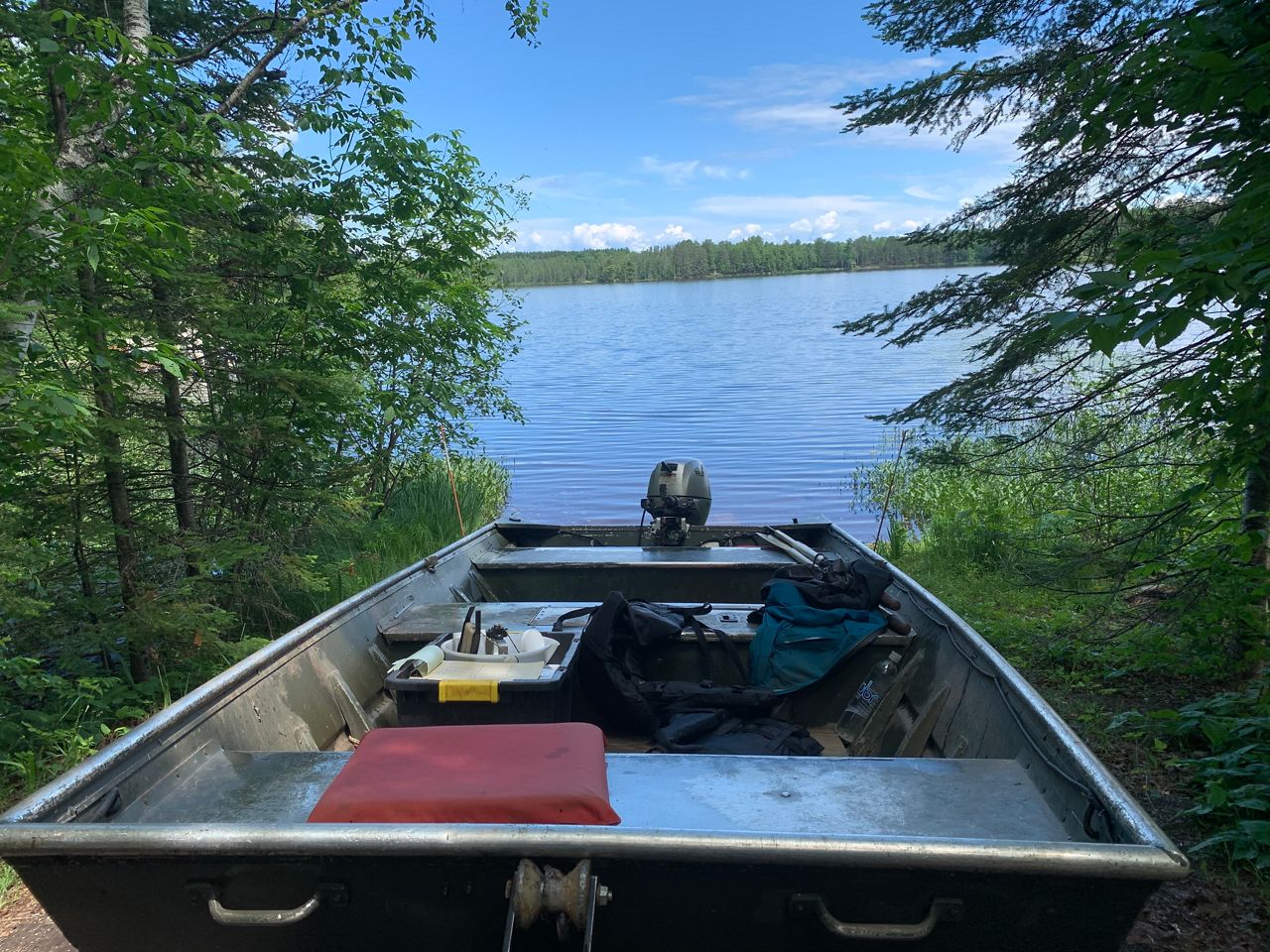