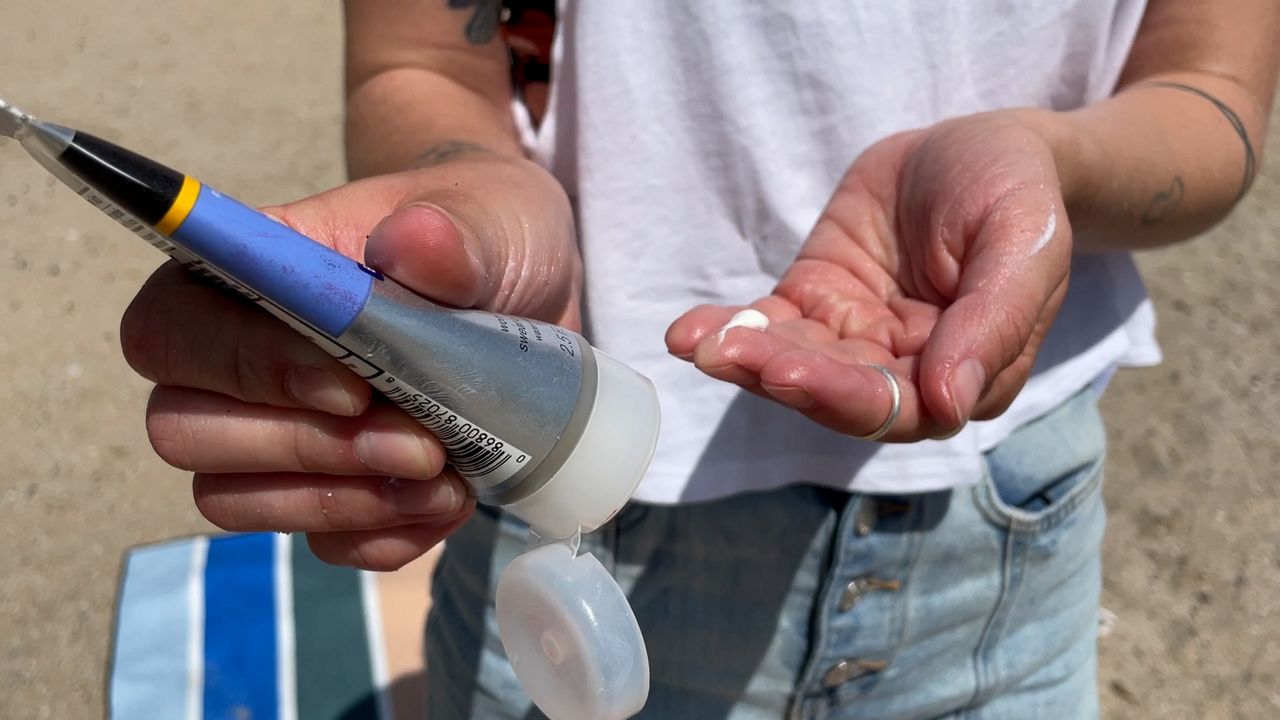 What kind of sunscreen a local dermatologist recommends for summer

MILWAUKEE — Before stepping outside on a hot and sunny day, it’s important to lather on the sunscreen.

Dermatologist at Froedtert Hospital Dr. Edit Olasz Harken encourages everyone to wear sunscreen year round. She said it not only protects skin from a sunburn but also dark spots, early aging and even skin cancer.

When it comes to what sunscreen to wear. She recommends it has a high SPF, which means sun protection factor.

Olasz Harken said to make sure it’s a broad-spectrum sunscreen.

“It protects you broad from the burning UVB rays and the UVA aging rays,” said Olasz Harken. “Lastly, I do like water resistant sunscreens even if you’re not in the water. Why? Because it doesn’t rub off. They don’t slide.”

When it comes to the shelf life, she encourages to get a fresh bottle each year because sunscreen can expire.

An Illinois woman posted a video of her second-degree burns from expired sunscreen on TikTok. The video reached nearly seven million views.

“If you are looking at the expiration of your sunscreen, you’re way too late,” said Olasz Harken. “You should never keep a sunscreen for more than two years.”

Before children enjoy a day outside, she said not only to layer on the sunscreen but to make sure they’re protected through hats and clothing.

“We get 80% of our sun exposure, lifetime exposure before the age of 18,” said Olasz Harken. “Why is that? Us adults have to work. Kids are always outside and hate to wear sunscreen.”

Ashley Cotton enjoys spending her days off from school at Bradford Beach in Milwaukee. In her beach bag, she always has a hat and sunscreen. She said wearing sunscreen is important to her because both her father and grandmother had skin cancer.

“You only get your body so you should protect it,” said Cotton. “There’s things out there for you to take care of it. Sunscreen is one of those things. The sun feels great, but it can also hurt you.”

Olasz Harken said choosing a sunscreen can be intimidating because there’s over 2,000 kinds here in the United States. She recommends using a lotion-based sunscreen compared to a powder or spray because it will distribute in an even layer.

She said anyone shouldn’t have to wait 30 minutes to jump in the water after applying it, but just to make sure it’s dry.