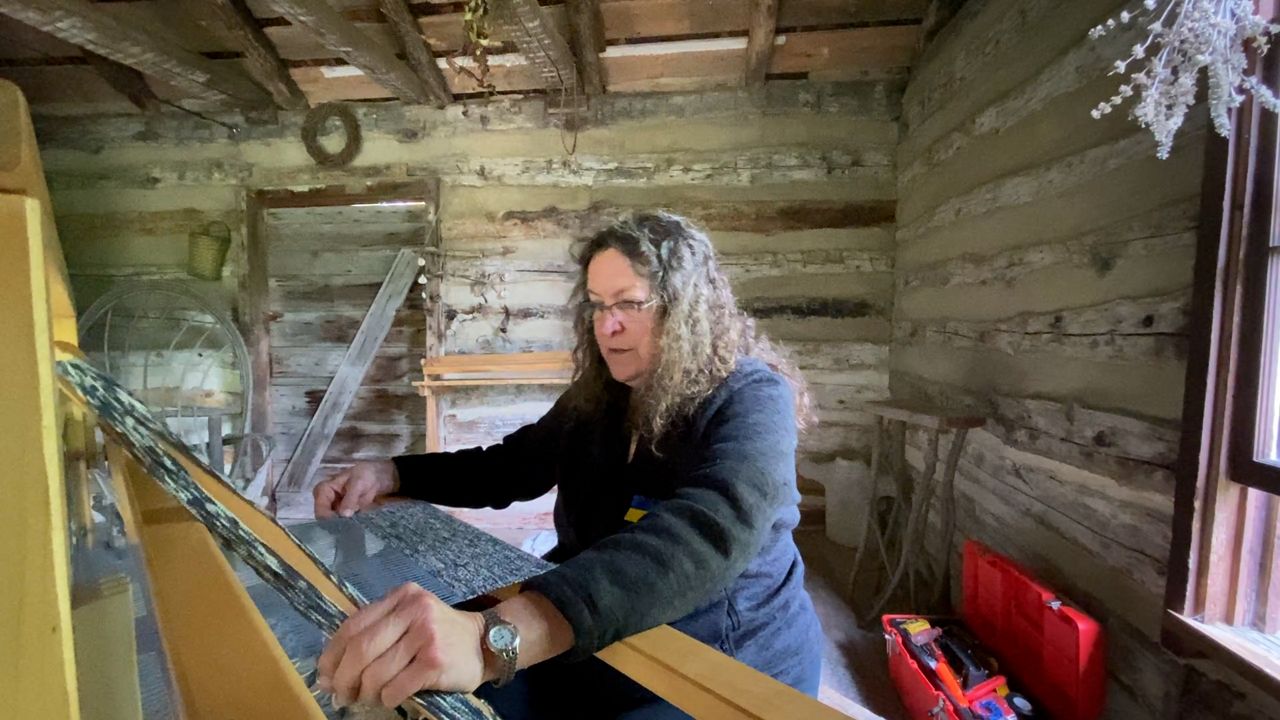 Historic arts center welcomes creators from across the world

The last census shows a little more than 2,600 people live there. Despite its size, this small city in the Town of Mineral Point has a big arts scene that’s thriving.

“It’s known for that and we are an artist community,” said artist Carole Spelic, who lives in Mineral Point. “It’s thought that it came into its own that way back in the 1930s and 1940s.”

Spelic is one instructor at Shake Rag Alley Center for the Arts. The nonprofit in the center of downtown hosts a couple hundred workshops per season for artists across the world.

From creative writing to woodworking to blacksmithing to jewelry-making, there’s a class for everyone, regardless of skill level.

“This is a great place for folks to learn and to teach and hangout with other cool people,” Spelic said.

Spelic is a weaver. In the oldest building on Shake Rag Alley’s two and a half acre campus, Spelic sat behind a large loom and created a placemat.

“I’ve been teaching here since Shake Rag Alley opened up, which was something like 17 years ago,” Spelic said.  “I’m a person that’s allergic to doing the same thing over and over again, but I don’t feel that way about weaving.”

“This is a very interesting nonprofit organization that, in a typical Mineral Point way, was founded by the community,” she said. “Apparently, someone wanted to purchase it and gate it off and have it be their private residence, but the community didn’t think that was a good idea.”

Community members formed a proposal and raised enough money to create what is now Shake Rag Alley Center for the Arts.

“It’s a huge driver of income for the city,” Spelic said. “Instructors stay overnight, they buy a meal, they fill their gas tank and they’re a big influence on the city’s economy.”

Instructors and members travel from across Wisconsin to participate in workshops. Some come from Chicago, New York and California as well.

“I think the furthest away instructor we ever had was from Australia and I don’t think you can get further away than that,” Spelic said.

The nonprofit charges tuition for students to study there, which is largely how it stays afloat financially.

“Like any nonprofit, we’re always looking for grants too,” Spelic said. “I think it’s remarkable that a nonprofit arts and crafts center continues to survive going on almost 20 years now.”

Shake Rag Alley’s season runs from February to early November. There are workshops for both children and adults.