MILWAUKEE — Decades ago, if you walked into 1568 N. Farwell on Milwaukee’s East Side, you’d find a building bursting at the seams with activity.

In the 1970s, the site was home to the Farwell Center — one of the country’s first LGBTQ+ community centers, historian Brice D. Smith explained. Local groups like the Gay Peoples Union ran a wide range of services out of the center, including a crisis hotline and an STD clinic.

Today, the GPU is no longer active, and the former Farwell Center is now home to Bronze Optical Gallery. But with Smith’s new app, LGBT MILWALKEE, he hopes to unearth some of the city’s rich history that has been buried over the years. 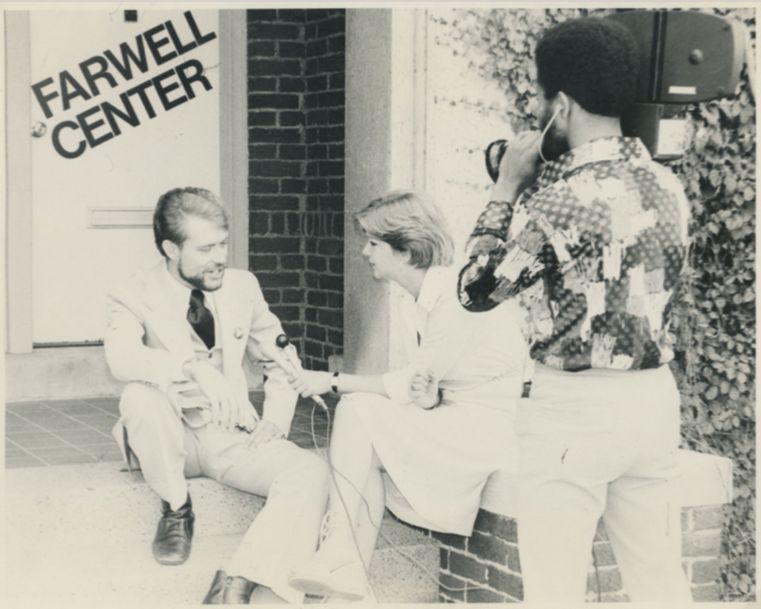 The app, which launches June 1, uses videos to highlight landmarks in LGBTQ+ history across Milwaukee, from former gay bars to historic protest sites.

For Bronze Optical owner Tim Moss, learning about the building’s past life helped drive him to invest back into the community — like by carrying glasses from LGBTQ+ designers and being the first sponsor for the LGBT MILWALKEE project.

“It's important to me as part of the LGBT community, and also knowing the history of this building as being the headquarters of the Gay Peoples Union and the Farwell Center,” Moss said.

Now, Smith hopes that the LGBT MILWALKEE app can bring a sense of history and pride to a wider audience.

“It really struck me, this desire to find a way to mark our history,” Smith said. “Because we've left our mark on this city — you just can’t see it. You can't see our history. And there's just so much that people don't know.”

'History in your hands'

For Smith, the idea for the app was planted back in August, as local leaders gathered to commemorate the Black Nite Brawl.

The 1961 incident, when customers at the popular gay bar fought back against a homophobic attack, has been hailed as a landmark event in Milwaukee’s LGBTQ+ history. But standing in the empty lot where the Black Nite used to be, Smith said he was struck by the lack of awareness about that history — and inspired to bring more of these stories to light.

“I'm a firm believer that everybody loves history, because at its core, it’s storytelling,” Smith said. “So it's just finding a way to best tell the stories of our city and our community.”

Out of that idea, the LGBT MILWAUKEE project was born. The app uses locations across the city as grounding points for “mini-documentaries” about the places, events and, especially, the people who shaped the city.

Users can visit the sites in person, like by taking one of the app’s walking tours that connects themes or areas in the city. But they can also enjoy learning about the history from wherever they are, Smith emphasized.

By using this format, Smith said he hoped to create historical experiences that go beyond “just a boring old textbook.”

“It feels like you're hanging out with your gay uncle, who's telling you stories about these places and showing you a photo album,” Smith said.

Now, after months of raising funds, writing scripts and designing pages — plus “lots of trial and error” — the app is set to launch on June 1, the first day of Pride Month.

“I simultaneously feel like an excited kid waiting for Christmas, and like a parent stressing out about getting everything done before Christmas,” Smith said.

The free app will start off with 25 sites and three walking tours, with the goal of adding on more stories as more funds are raised, Smith said.

The team will have a demonstration at Milwaukee’s PrideFest to showcase the app, as well as an official kickoff event June 9 at Zao MKE Church.

But the hope is to keep sharing stories no matter the time and place. As a supporter of the project, Moss said he was excited about the app’s power to highlight LGBTQ+ stories beyond Pride Month.

“There's always an interest, but that interest is kind of fleeting,” he said. “Whereas this gives someone that ability to have that history in the palm of their hand and walk around with it.”

Events like the Stonewall riots in New York are now familiar pieces of U.S history. But Milwaukee’s LGBTQ+ pioneers don’t usually get the same kind of recognition, Smith said.

“We don't really have history that everybody in the country knows about,” he said. “But we still have remarkable people who did phenomenal things just in living their lives.”

Trailblazers like Eldon Murray, Lou Sullivan and Alyn Hess became prominent figures in the gay rights movement in Milwaukee and beyond. Some Wisconsinites made history by making trouble: Frank Blunt, who lived as a man in the 19th century after being assigned female at birth, became notorious for stealing people’s wives and their cash. 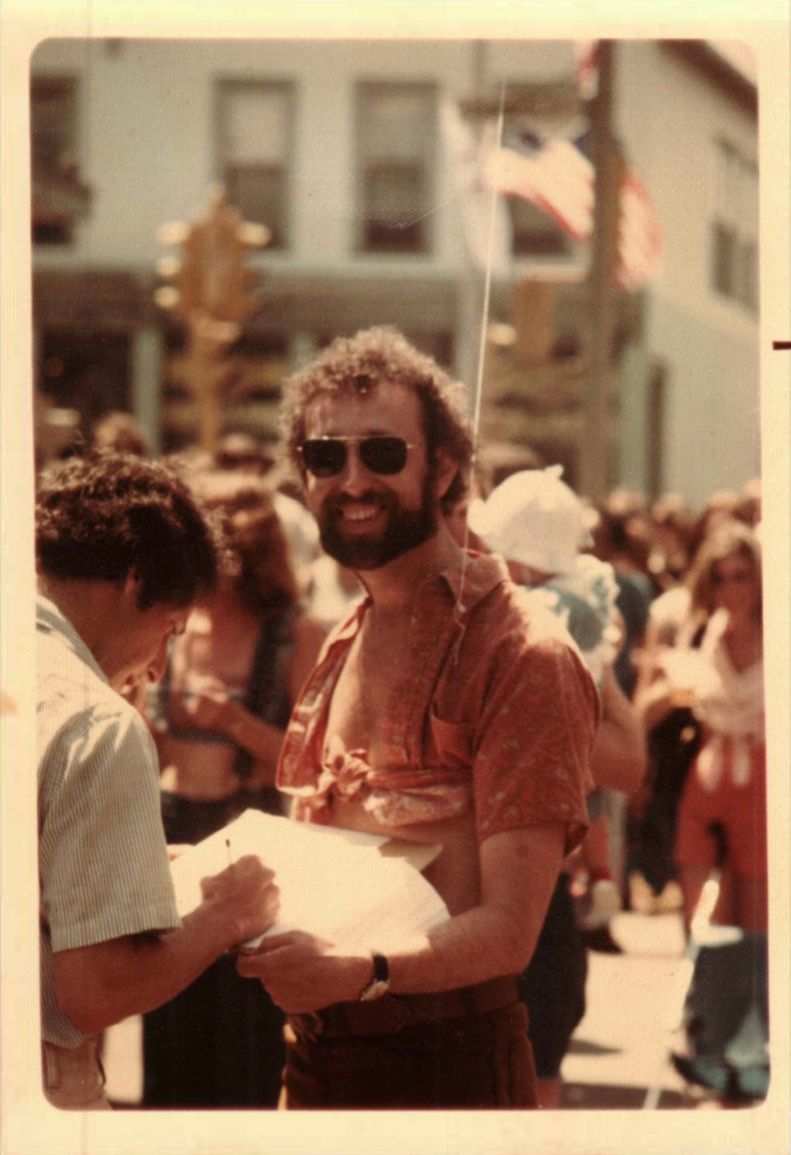 “Frank Blunt was definitely a scoundrel — but he was our scoundrel,” as the LGBT MILWAUKEE video for Blunt’s Saloon puts it.

Smith said there’s a lot of “Milwaukee-ness” in the stories of local leaders highlighted in the app. Many of them remained neighborly and community-oriented, even as they were fighting for LGBTQ+ rights, he said. And their approach seemed to work: In 1982, Wisconsin became the first state in the U.S. to pass a gay rights law.

The app also marks the former homes of many bars that offered places for LGBTQ+ Milwaukeeans to be themselves, like C’est La Vie, the River Queen and The Factory. While these were places of community and joy, in many cases those aspects were mixed in with a difficult history of police raids and discrimination.

Smith said telling the story of Club 219 — the former “drag emporium” that became famous as a bar frequented by Jeffrey Dahmer — was a particular challenge. But he said the bar had a rich past that the team wanted to share, in a way that wouldn’t re-traumatize the community.

All of these stories are a part of reclaiming the history that’s taken a long time to come to light.

“It's been really hard to learn our history,” Smith said. “It’s been erased, or invisible, or hidden, or forbidden.”

Moving forward, Smith said he sees lots of possible ways to keep sharing Milwaukee’s LGBTQ+ stories, like through in-person events at the historical sites. He’s also excited about continuing to expand the app, and hopes to add a walking tour to feature the history of Milwaukee’s North Side Black bars.

Especially in a time when some places are trying to limit conversations about LGBTQ+ identities, Smith said he’s hopeful that sharing more of these stories will help build a sense of pride and celebrate the local heroes who haven’t gotten their due.

“It's not just for our community, but it's for our allies and potential allies. For folks who are open to learning about us,” Smith said. “To give them a chance to care about us.” 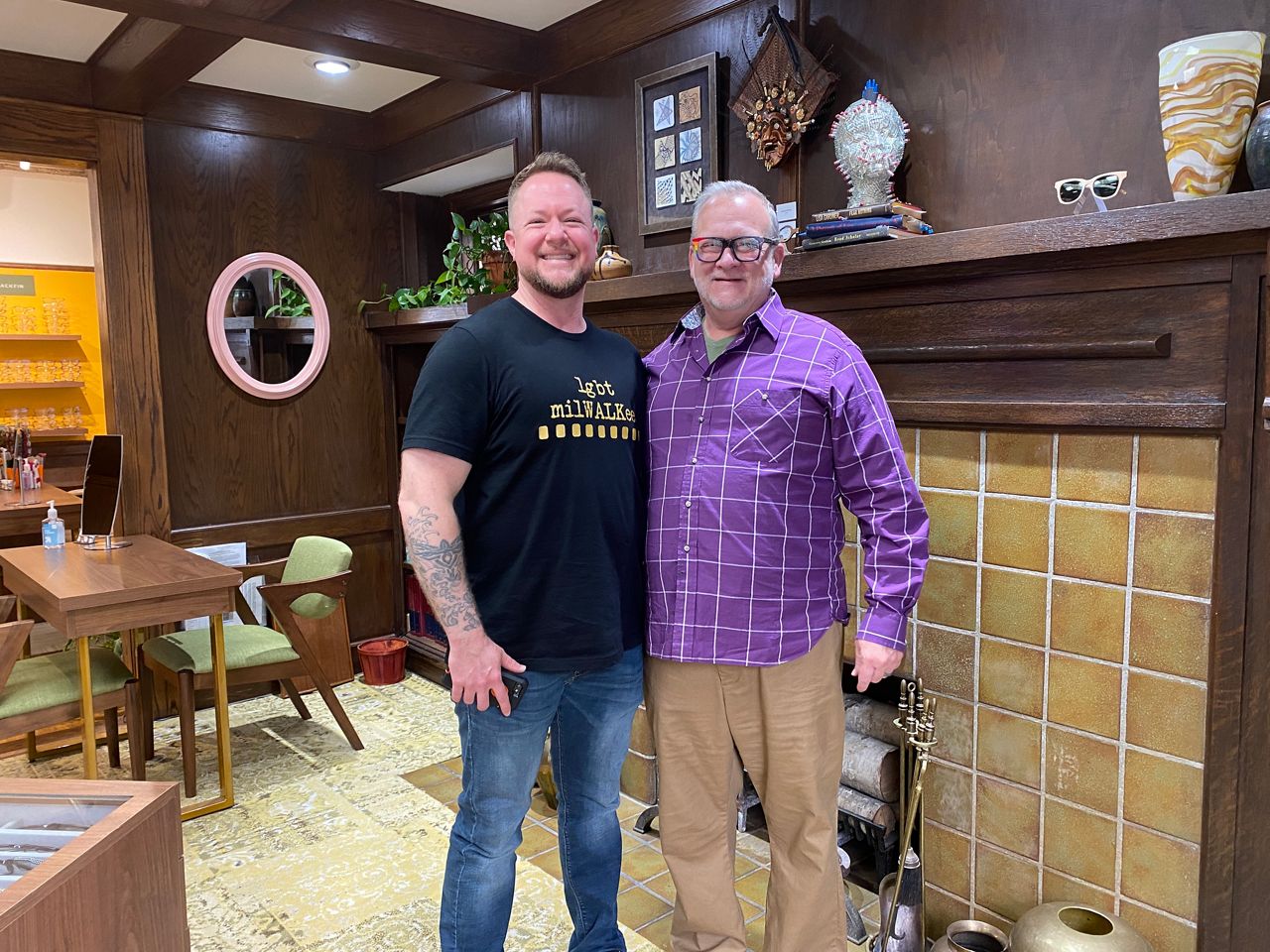