Indalecio De Jesús Valentín as Old Deuteronomy and the company of the 2021-2022 national tour of CATS (Photo By Matthew Murphy, Murphymade)

MILWAUKEE— What is perhaps one of Broadway’s most iconic shows is telling its “tail” right here in Wisconsin.

“Cats” follows a tribe of cats, known as the "Jellicles.” Once a year, the clan of kitties makes the “Jellicle choice,” deeming one cat to be reborn and have a new life.

The plot, which there isn’t much of to be quite honest, is not the point of the show. If you’re after an edge-of-your-seat kind of storyline, “Cats” probably isn’t for you. But if it’s captivating choreography, stunning technical theater and “meow-rvelous” makeup you’re hoping for, “Cats” delivered on all fronts.

The dancing, which is what I was most looking forward to, is unmatched. Andy Blankenbuehler (choreographer) had big shoes to fill with this show— his own. Blankenbuehler has choreographed the Broadway productions of “Hamilton,” “In the Heights” and “Bandstand,” all of which he has won Tony awards for. 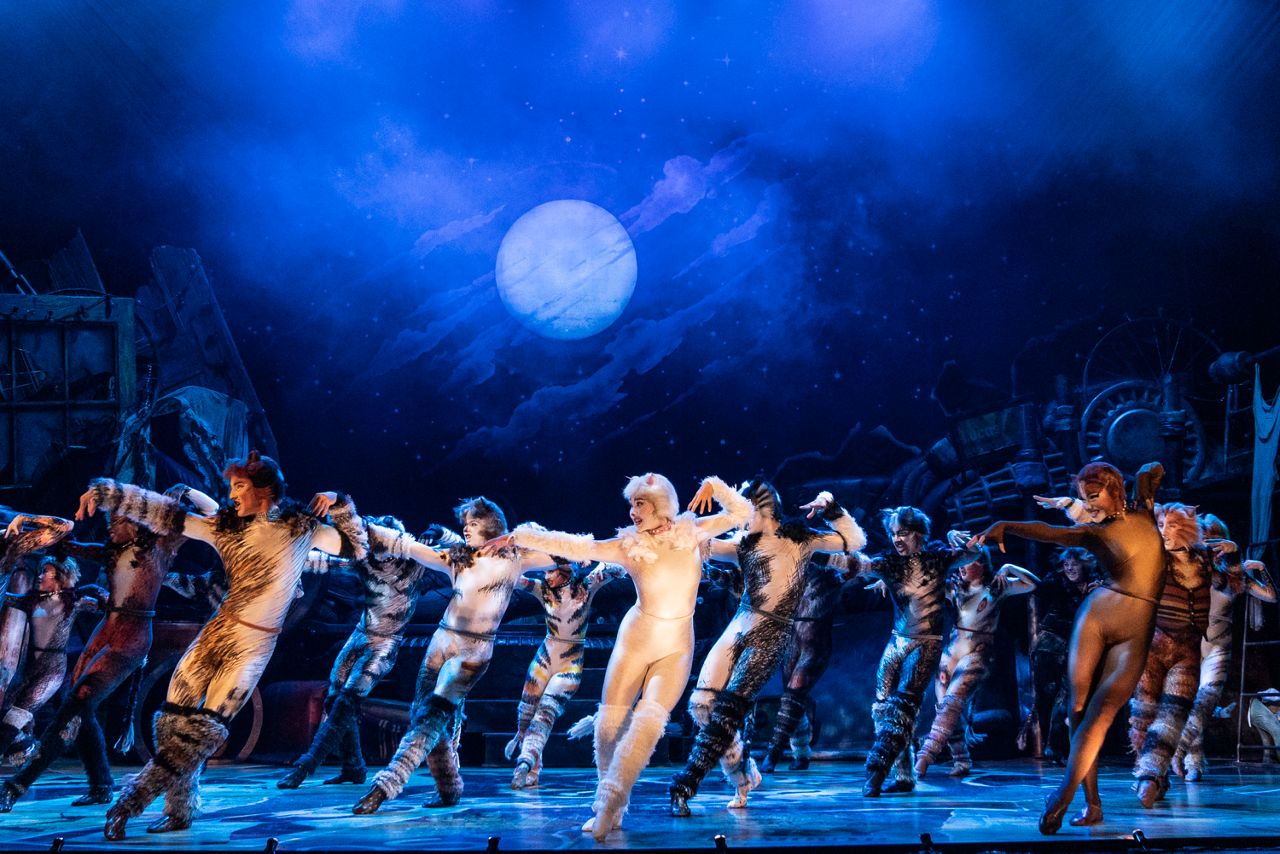 The balletic elements to the choreography were seamlessly blended with the finesse and stealthiness movements of cats. Dancers executed perfect alignment, fluid lifts and impressive turn sequences throughout the entirety of the 120 minute show.

The musical’s only tap number, “The Old Gumbie Cat,” featured Jennyanydots (Michelle Carter) amidst an ensemble of incredibly talented tappers. The ensemble’s cleanliness and musicality made for an impressive showstopper. Audiences are sure to be entertained, and trained eyes are keen to notice technically difficult elements woven in to the piece from pick ups to complex rhythms and syncopations to wings. The ensemble outshined Carter a bit, but she gracefully kept the attention of the crowd, both on and off stage. This was not your grandma’s tap number.

The full company number that ushers in the end of Act I, “Song of the Jellicles and the Jellicle Ball” is an impressive, cat-hletic number that brought audiences to their feet mid-show. If you’re a proud cat owner, you know the four-legged creatures enjoy jumping to new heights to explore. The number is long, but for all I cared could have gone on for another 15 minutes. It was pure entertainment, radiating joy into the house. The dancers reflected that in this routine, floating across the stage for longer than should be physically possible. How cat-like these performers appear, whether in the air or crawling around on the ground, is an art form itself. Dancer or not, this number is sure to make you smile. 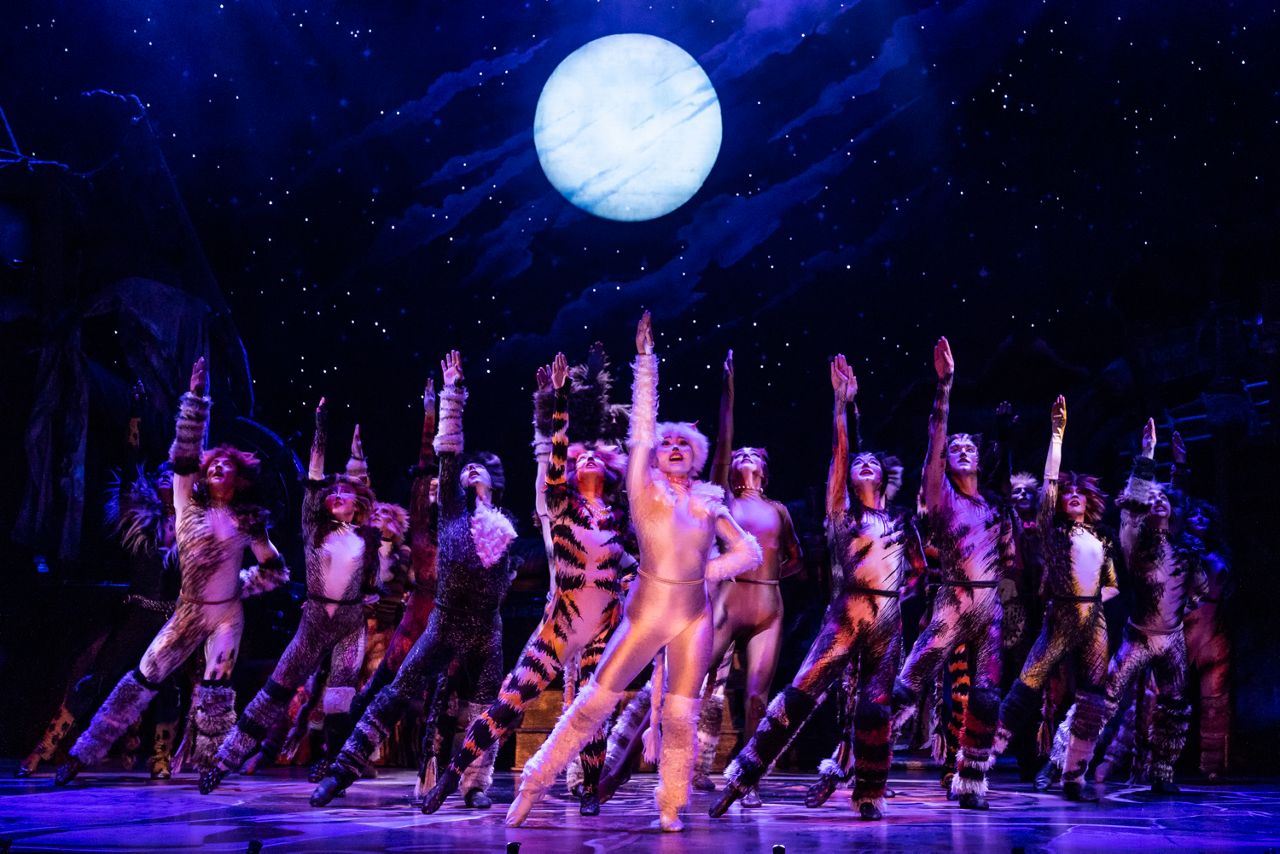 “Macavity, The Mystery Cat” rounds out my trifecta of stand out dances (all the dance numbers in this show were fabulous, to be honest). This number, spearheaded by Demeter (Lauren Louis) and Bombalurina (Chelsea Nicole Mitchell) broke away from the more traditional ballet and tap, bringing a sultry and stunning jazz piece center stage. These ladies were un-fur-gettable, bringing top-notch performance in vocals, dance and acting to the touring cast. Macavity (Aiden Pressel) matched their energy with a cunningness and harshness to his dancing that fully embodied his character. 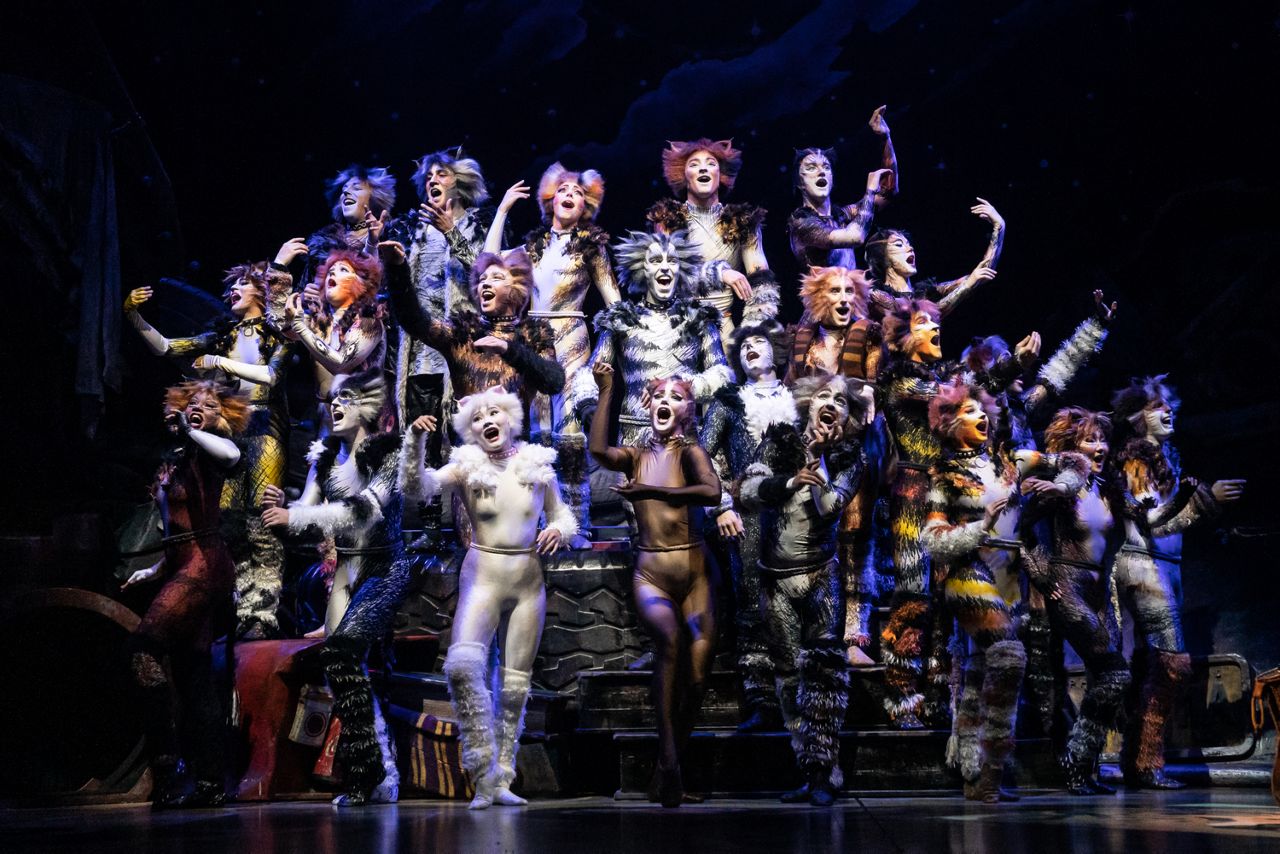 It was wonderful to see such emotion and character brought to life through movement, in a way that no musical does quite like “Cats.”

Of course, no review of the seven-time Tony winner would be complete without mentioning “Memory,” sung by Grizabella (Kelliann DeCarlo). When “Cats” is done right, it leaves the audience questioning if the actress in the role will do “Memory” justice. It should send chills down your spine, make your heart stop and move your soul. The worn-down cat’s voice is meek in the earlier parts of the show, so when Grizabella belts out the emotional Broadway classic, it’s an emotional, awe-striking shift. DeCarlo, in a word, was flawless. I could not imagine another woman performing this song as eloquently as her.

Of course, the makeup (Victoria Tinsman) in this show does not disappoint. It’s over the top, and details could be seen from nearly every seat in the house, with pur-fect blending and coloring. Everyone on stage really did move, and thanks to Tinsman, look like a cat.

Get your "Cats" preview

“Cats” runs at the Marcus Performing Arts Center through May 15. Get more info, here.