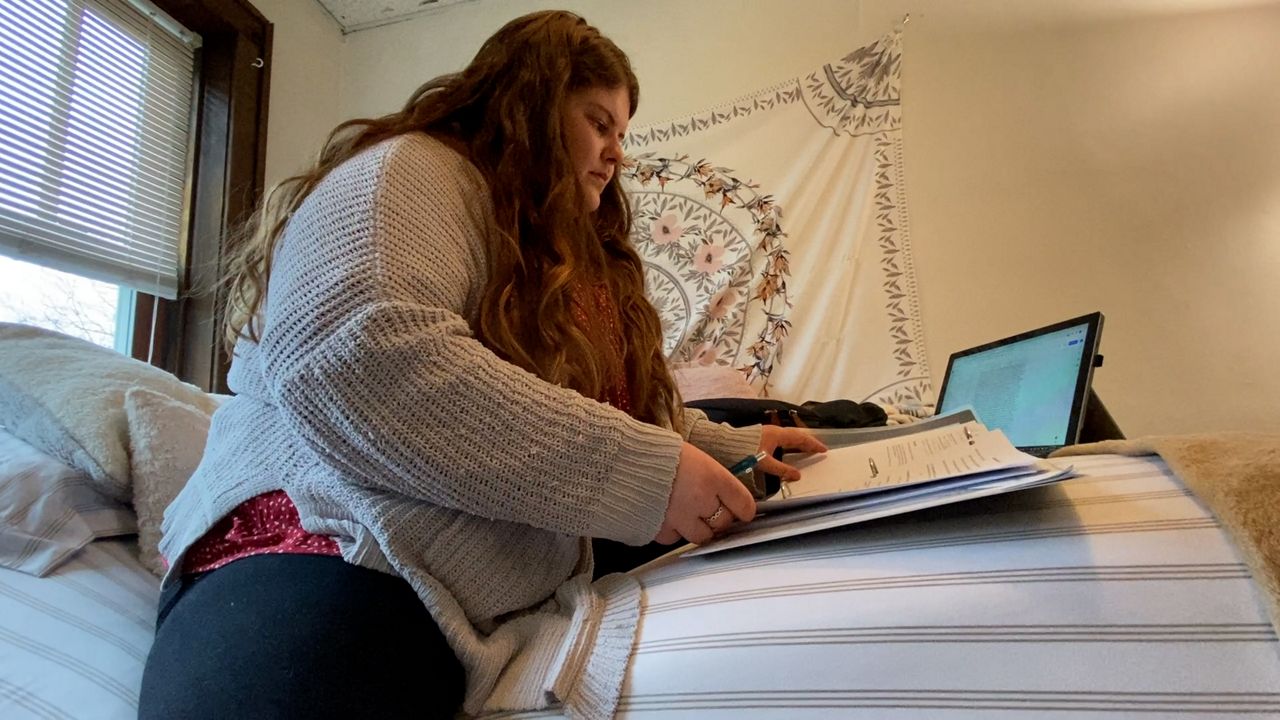 'We're struggling to pay for it': A student's perspective on the rising cost of college

MADISON, Wis. — The cost of college is rising and the amount of tuition covered by financial aid is going down.

The report shows state spending on student aid for undergraduates has failed to keep up with inflation, or the growing cost of higher education. Over the past decade, that spending has remained mostly stagnant.

These issues come when Wisconsin is facing a workforce shortage and college enrollment is declining faster than the national trend. The tuition freeze within the state’s UW-System expired last year, which may affect enrollment more.

Professor Nicholas Hillman is recognized in the acknowledgments of the Wisconsin Policy Forum’s report. He said the data is sobering, but does not mean the worst for Wisconsin students. He said it should, however, be a wake-up call to lawmakers.

“I do think it’s a chance for these issues to be prioritized, like how do we pay for college and how do we prioritize finances so people who want to go can go,” he said. “Reduce those barriers, at the least.”

Hillman said a primary reason for rising college tuition is because running a university is expensive. Those expenses range from paying faculty to maintaining costly facilities.

Alaina Houghton-Chamberlain is one of those students. The 22-year-old is graduating this month with a degree in biology. She hopes to pursue animal research.

“I love animals and I love the research community,” she said. “That’s definitely something I could see myself being involved in forever.”

Houghton-Chamberlain will complete a one-year internship after graduation. Then, she hopes to continue on to graduate school for her Ph.D.

For her, there were serious doubts about whether college would even be an option.

“I wasn’t really sure if I could afford to come here, or even get in,” she said of UW-Madison.

Fortunately, she qualified for Bucky’s Tuition Promise. She’s among the first full class of recipients that will graduate this year. There are now nearly 3,500 students receiving free tuition through the program.

In-state tuition costs $10,000 per year, something Houghton-Chamberlain said she wouldn’t have been able to afford.

“It was just kind of a dream for a while,” she said. “Bucky’s Promise was a game-changer because then, I knew I could actually do it.”

Even four years later, she said it still feels surreal to walk to class every day.

“I never thought I’d be here,” Houghton-Chamberlain said. “If you asked me six years ago if I thought I’d be graduating with two majors, I wouldn’t have believed you.”

She often thinks of others, she said, who have a much different story than she does.

She thinks about those who do not get enough financial aid to cover the tuition gap they need to fill.

“Do you have time to work two part-time jobs and be a student?” she said. “Those are some of the decisions college students are making because college is so expensive and we’re struggling to pay for it.”

Houghton-Chamberlain said she hopes a solution is found soon, so these barriers to achieving a college education are broken for future students.

Houghton-Chamberlain is also a first-generation college student. That same Wisconsin Policy Forum report shows that demographic, as well as low-income students and students of color, are the most affected by this issue.

The report also shows late applications for financial aid often come from these groups, as well as those who are 24 years old and older. These are the students who likely need financial aid the most.