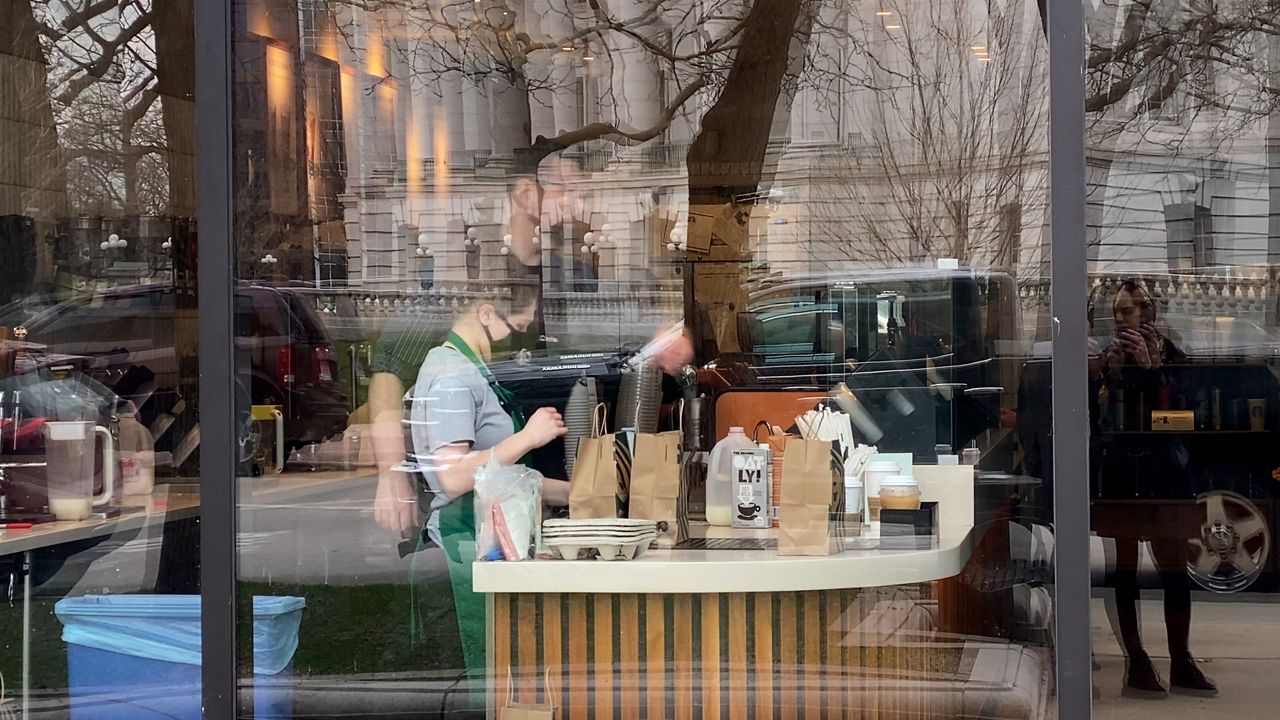 More workers seeking to be represented by Wisconsin unions

MADISON, Wis. — The organized labor movement is growing in Wisconsin.

Every year, April 28 is marked as Workers Memorial Day to remember people who have lost their lives on the job. The local chapter of the AFL-CIO held a ceremony where fallen workers’ names were read aloud, followed by a bagpipe rendition of Amazing Grace.

“Too many workers are being killed and injured on the job,” said Maylon Mitchell, president of the Professional Fire Fighters of Wisconsin. “In the labor labor movement, we refer to [the] famous quote, to memorialize fallen workers. ‘Mourn for the dead, and fight like hell for the living’.”

Over the past 22 years, union membership has dropped nationally by a little more than 3% percent. In Wisconsin, unions have lost members at three-times that rate.

In 2000, about 18% of Wisconsin workers were part of a union. In 2021, that number had dropped to about 8%, according to the Wisconsin Policy Forum. The Badger State has had the biggest drop in union membership nationwide.

Starbucks employees across the country are starting to unionize. The Oak Creek location officially became the first unionized Starbucks in Wisconsin earlier this week. There are six more currently in the process.

One of the first to file for representation is the Starbucks on the Capitol Square in Madison.

“Every day, we have to deal with irate customers, filthy bathrooms, poor equipment, hot water burns, grease burns,” said Lee Marfyak, a barista at that location. “We do it all with speed and a smile because we care about our co workers and our customers and our jobs. All we’re asking for is a safe, secure, stable workplace.”

Starbucks leadership said in a statement they believe executives and staff are better off “without a union between us.”

But the coffee-connoisseurs aren’t the only ones trying to make a change.

Workers at UW Hospital are also organizing. A nurse spoke at an AFL-CIO ceremony for fallen workers Thursday about how hard the pandemic has hit health care workers. She said they need more staffing and support to get through that crisis.

Staff at Milwaukee-based Colectivo Coffee are also in the middle of a unionizing campaign. Colectivo executives are fighting that move, but employees won a pivotal court decision in March.

Since October of 2021, workers at 16 organizations statewide have filed for union representation. That would include about 650 employees across Wisconsin, according to records from the National Labor Relations Board.

Kevin Gundlach is the president of the South Central Federation of Labor.

“We think oftentimes of the healthcare heroes, and the firefighters and the nurses,” Gundlach said. “There’s also the grocery store workers, there’s the baristas at the at the service sector side with all the restaurants and the coffee shops. Those workers are every one of us.”

Gundlach said on top of the aforementioned groups, there are other workplaces where staff are starting to organize. They just haven’t been made public yet.