OPINION: 'Ain’t Too Proud' is no diamond in the 'Ruffin.' It’s a bright and shiny jewel.

MILWAUKEE— The cast and crew of “Ain’t Too Proud: The Life and Times of The Temptations” should be nothing but proud after their Wednesday night performance at the Marcus Center for Performing Arts.

“Ain’t Too Proud” follows the original five men behind the melodies as they embark on the road from Detroit to the Rock & Roll Hall of Fame. The Tony nominated musical features Temptations tunes including “My Girl,” “Just My Imagination,” “Get Ready” and “Papa Was a Rolling Stone.” 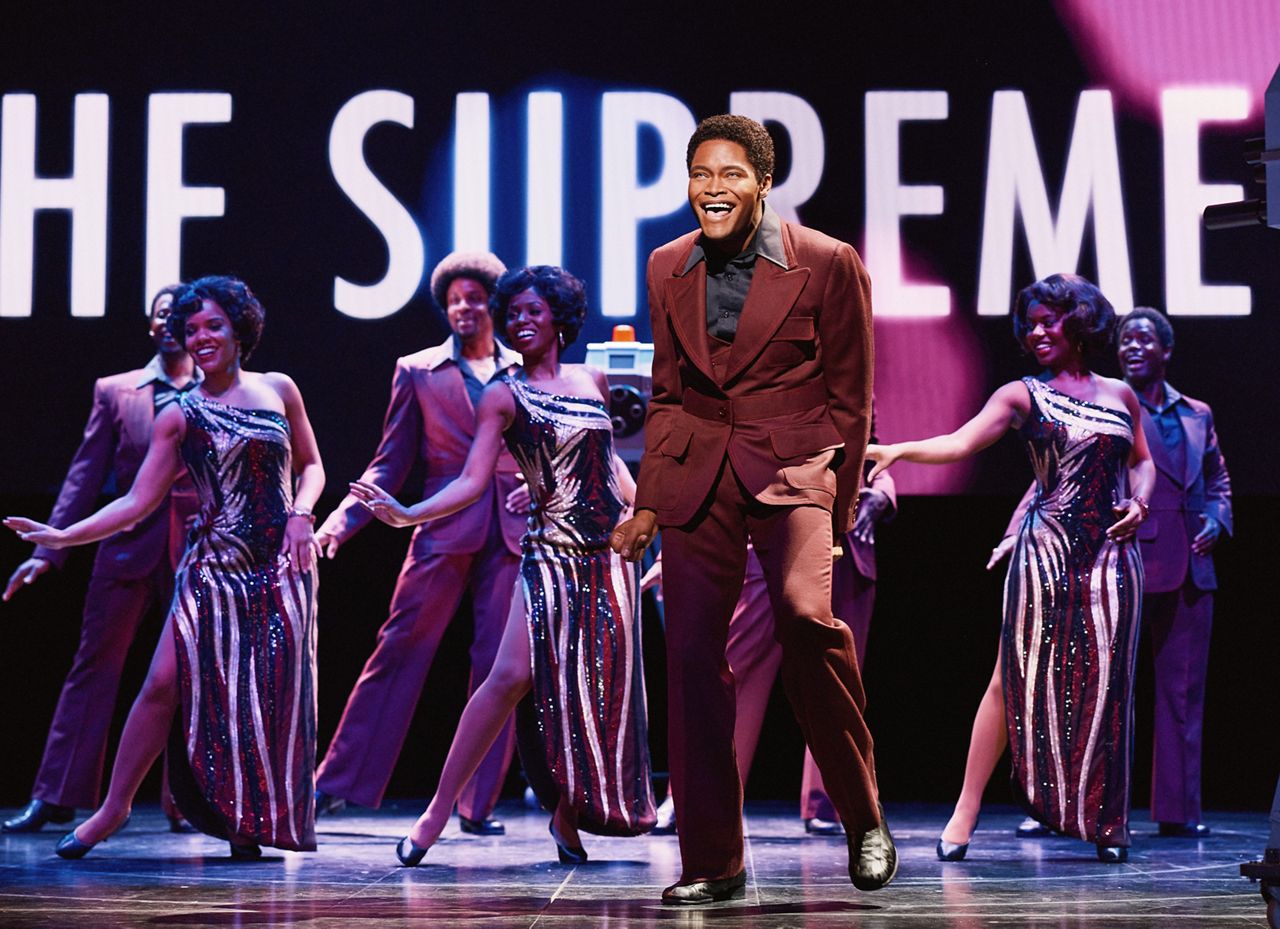 "Ain't Too Proud" carries a breth of modern political themes that are effortlessly weaved into the two and a half hour show, pushing the message of love, drive and equity to center stage. One cannot help but leave the theater with a new life-lesson learned.

If we can’t have the original Temps in the house, this is easily the next best thing. The musical blends concert vibes with Broadway intricacies flawlessly. What’s just as well executed the casting.

Otis Williams, portrayed by Marcus Paul James, anchors the show as a narrator of sorts, taking the audience on a behind-the-scenes journey of what it was like to be an all-Black Motown boy band in the 1960s and ‘70s in the United States. 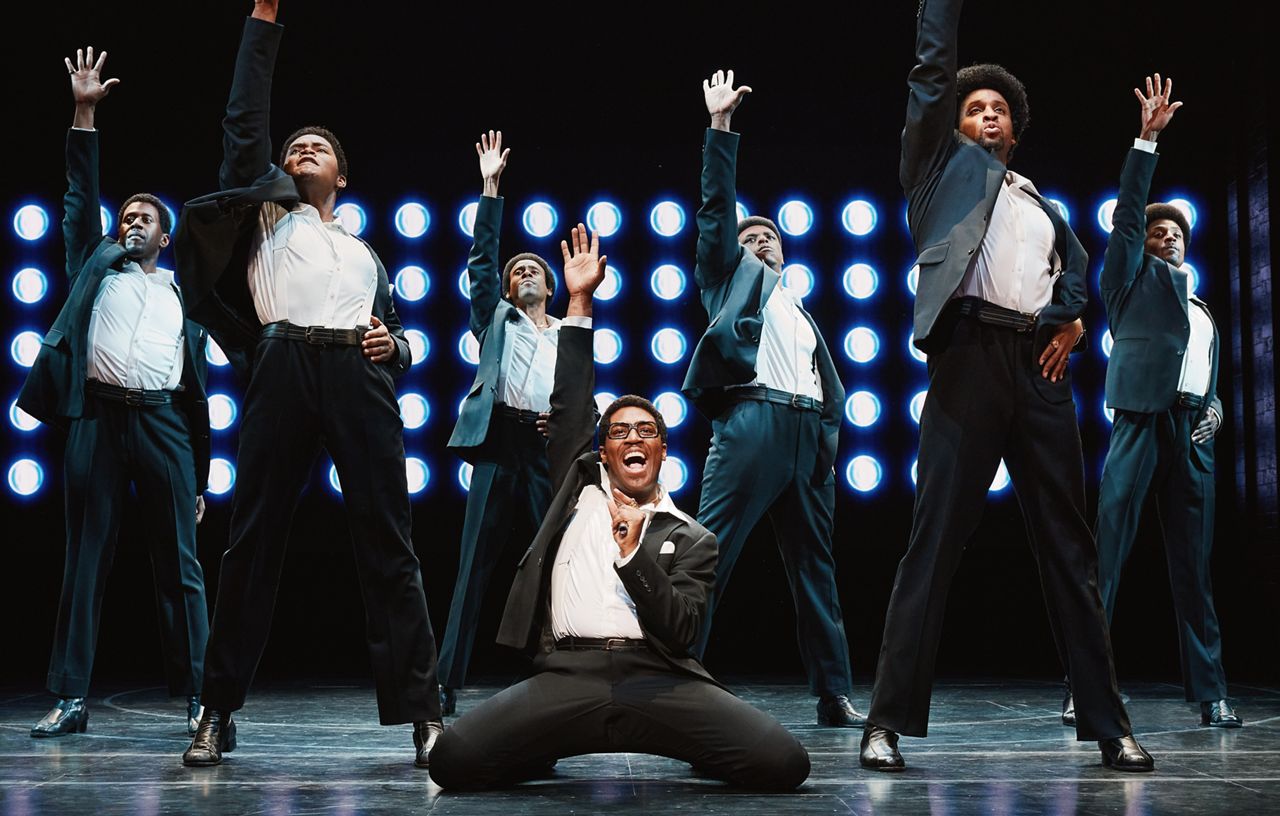 James served as a steady, even-keeled backbone of the show, delivering on every scene and offering a transparent fourth-wall, cultivating a sense of intimacy with the audience. Like a true “Temp” is more than willing to share the spotlight with his fellow leads Jalen Harris (Eddie Kendricks), Harrel Holmes Jr. (Melvin “Blue” Franklin), James Lane (Paul Williams) and Elijah Ahmad Lewis (David Ruffin).

Each leading man stood out when needed to, and supported his fellow actor when called for. It’s a true ensemble performance with actors who understand the importance of brotherhood bonds.

Harris possesses a swagger that makes Eddie a lovable standout from the moment he takes the stage. His smooth and silky vocals transported the audience right back to the 60s. His character development and emotional range, all the way to his last moments, is heart wrenchingly stunning.

On the flip side, Holmes delivers a quite, intuitively comical Blue. His growth from a quiet Detroit boy to a well-spoken, driven man is captivating. His vocals perfectly complement his counterparts on stage and his personality is one to root for, much like Lane’s Paul. Paul is another character who grows into himself as the show goes on, delivering a touching yet shattering exit.

Lewis’ portrayal of icon David is, in a word, iconic. His athleticism is apparent, tossing in splits, backbends and mic tosses with poise and finesse of David himself. Lewis portrays a poignant juxtaposition of David’s complexities and humanity, bringing a truly layered and memorable performance to the stage.

It’s impossible to experience this show without being invested in each leading “Temp.”

And this show is an experience indeed. 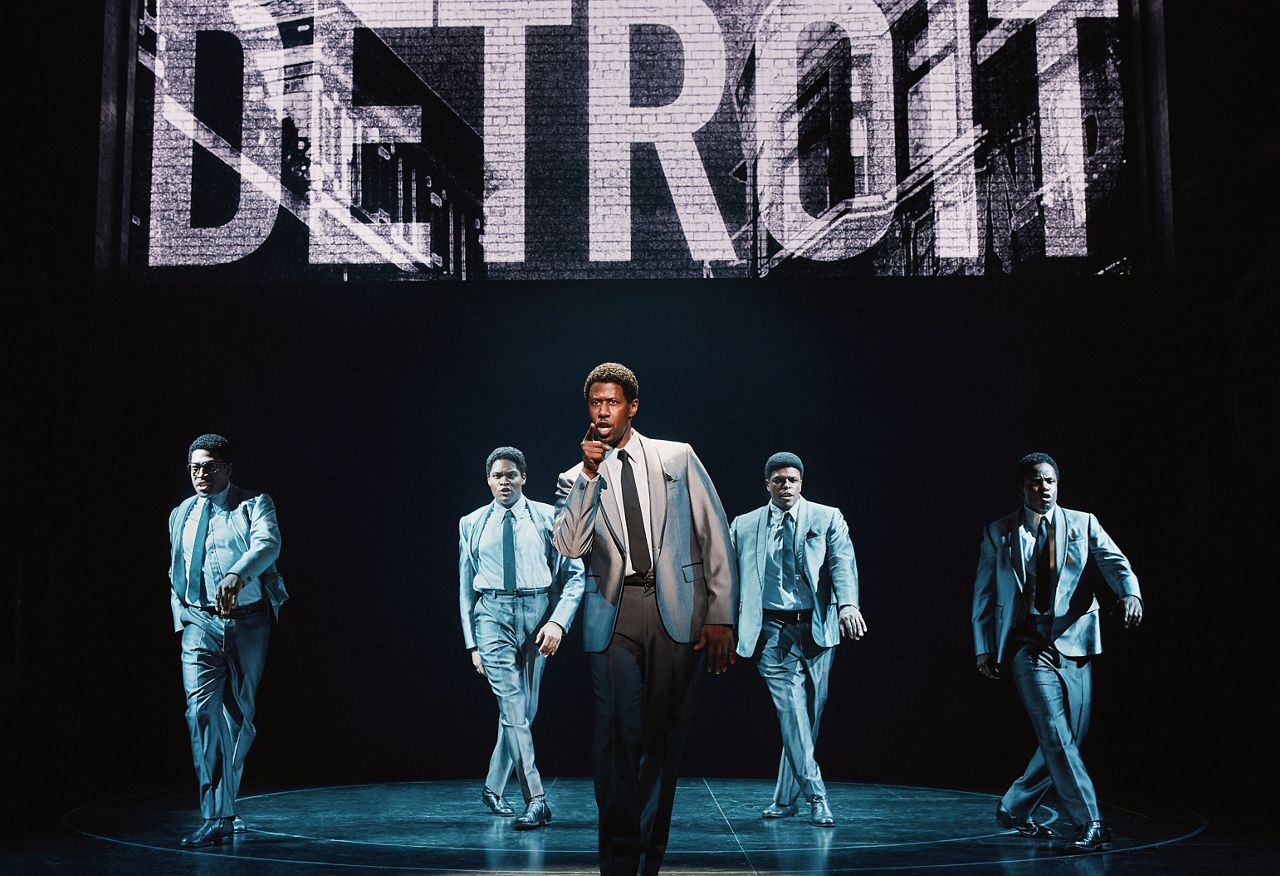 Aside from the standout choreography (Sergio Trujillo) that maintains a retro flair, the technical elements of “Ain’t Too Proud” bring the show to the next level of theater.

The set (Robert Brill) is larger than life, with virtual backdrops adding stunning, jolting historical context with news clippings running in the background throughout some scenes, with headlining signs flashing across the stage as quickly as The Temptations sold out during others. The concert-quality lighting (Howell Binkley) transports the audience to a Motown show in its prime. The virtual elements paired with the brick and mortar classic scenic pieces blend realism and art, creating a one of a kind backdrop for a one of a kind group.

“Ain’t Too Proud” is no diamond in the “Ruffin.” It’s a bright and shiny jewel.

“Ain't Too Proud” runs at the Marcus Center through April 10; more information can be found here. It returns to Wisconsin in June 2023 at Fox Cities Performing Arts Center.