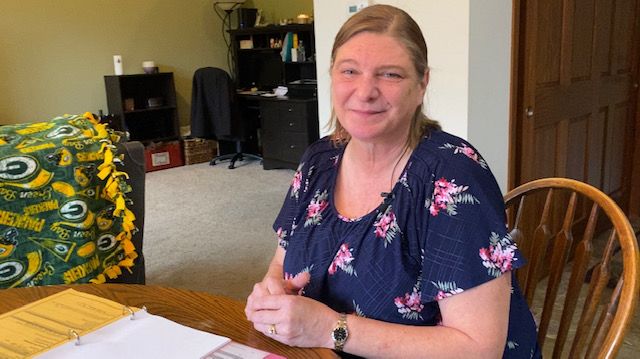 The Brain Aneurysm Foundation estimates 1 in 50 Americans is living with an unruptured aneurysm.

Dr. Hirad Hedayat, a Neurosurgeon at Froedtert Hospital and an Associate Professor at the Medical College of Wisconsin, said a traditional surgery to clip a brain aneurysm requires a large incision that begins behind the ear and stretches along the head.

But Hedayat said for aneurysms located at a “favorable angle,” surgeons can perform the procedure through a small incision in the eyebrow.

While the procedure isn’t new, Hedayat said few neurosurgeons perform the craniotomy through the eyebrow.

He said, while the length of the procedure doesn’t change drastically from one method to the other, the recovery time for the eyebrow surgery is quicker.

“Since it’s a much smaller incision, there’s less soreness,” Hedayat said. “When we make the larger incision, sometimes it can effect the muscles for chewing on the side of the mouth. So sometimes people have some soreness with chewing a few days after the surgery.”

“With the eyebrow incision, we don’t get involved with that muscle at all,” he added.

Sherry Boyd, a kindergarten teacher from Muskego, became the first person in the state to undergo the brain aneurysm surgery through the eyebrow incision last year.

Boyd said she had no idea she was living with a brain aneurysm when she called 911 in 2021.

She remembers having a hard time walking, and calling the emergency line for help, but has no recollection of the ambulance that showed up to transport her to the hospital.

“I woke up the next day in the hospital,” Boyd said.

Hedayat said he initially treated Boyd’s aneurysm with what’s called a coil. It prevents any more blood from going into the aneurysm, and in many cases, proves to be the only treatment a patient needs to feel better.

But Hedayat said roughly 1 out of every 3 aneurysms treated with a coil will eventually re-fill with blood and require further treatment. Boyd’s aneurysm was one of those.

So Hedayat recommended that Boyd’s aneurysm be clipped and, because of where it was located, suggested they do the incision through the eyebrow.

“The recurrence rate after clipping is only 1 to 2 percent,” the doctor said.

Boyd said she experienced headaches, cognitive fogginess, short-term memory issues, and fatigue, even after the coiling procedure had been completed.

But she said those symptoms disappeared after the clipping surgery. ​

Boyd said that’s allowed her to effectively resume her work as a teacher.

“I can’t tell you the difference I felt from the last few days of the school year last year to after I had this procedure done,” Boyd said.

She said she hopes others will learn from her story. Boyd said she’s thankful she called 911 and sought help.

Hedayat said, since Boyd’s procedure, he’s performed the craniotomy procedure through an eyebrow incision on four other patients.