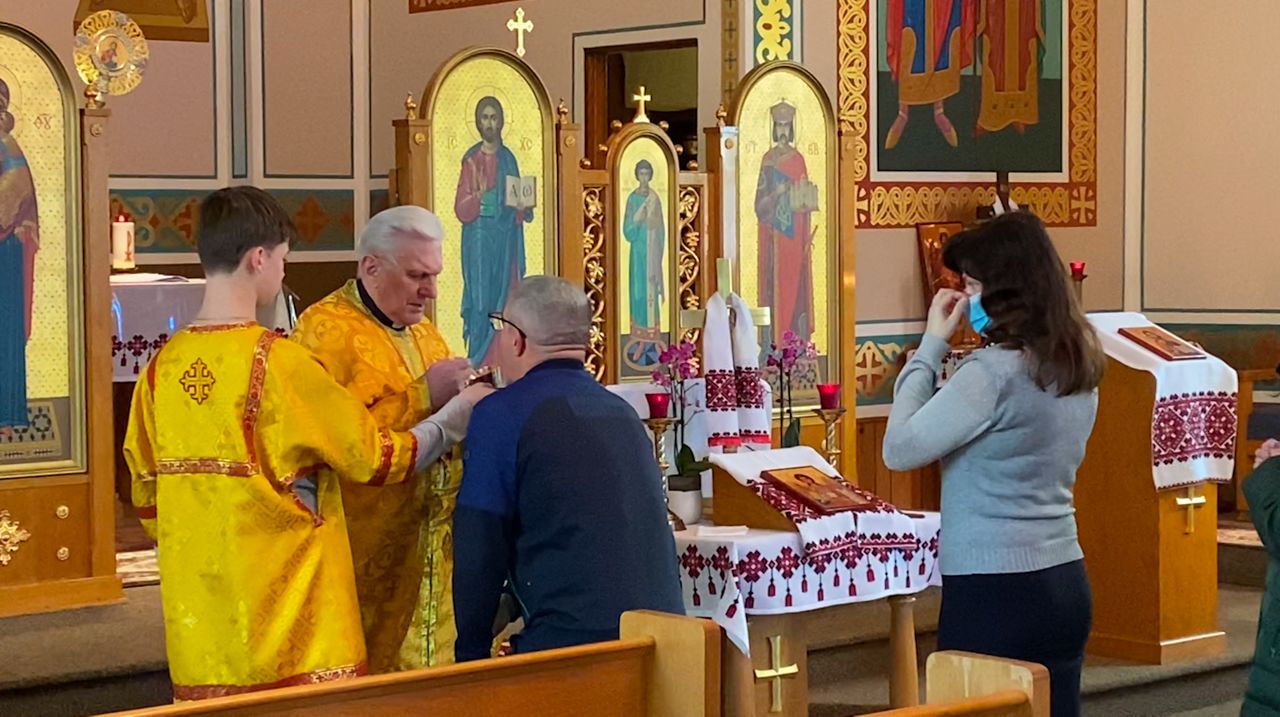 MILWAUKEE — After an hour-and-a-half long mass at 10 a.m., parishioners at St. Michael’s Ukrainian Catholic Church made their way downstairs to mingle and have conversation over lunch.

“We have a lunch every week,” said parishioner Andrew Pyskir. “Coffee, the sweet stuff, whatever people like, you know?”

Lately, that conversation has picked up nervous undertones, as Russia appears ready to invade Ukraine.

“This is tragedy. A big tragedy for Ukraine,” Pyskir said.

Pyskir immigrated with his family from Ukraine to Austria in 1944, when the Russians invaded Ukraine.

Five years later, they left Austria for the United States. Now, after more than 30 years of independence, Ukraine is under the threat of another Russian invasion.

Pyskir has cousins who still live there.

“I worry about them, but there is nothing I can do about it,” Pyskir said.

Even though he is worried about family, his family there is optimistic and hopeful Russia won’t invade.

“They’re still optimistic that Putin is not going to invade Ukraine,” Pyskir said. “They’re not alarmed as far as today. But as far as what’s going to happen tomorrow, the day after tomorrow? Who knows?”

The current events have people of all ages concerned, even teenagers, who may not otherwise be paying attention to international affairs.

Ostap Kavyuk, 14, has cousins in Ukraine, who he talks to every weekend.

It’s a similar situation for Anastasia Symko. Her parents, and Kavyuk’s parents, grew up in Ukraine, so they have a lot of family there.

It’s a big reason why, as teenagers, they’re paying attention.

He’s just hopeful the United States and its NATO allies respond, or Putin changes his mind.

“Who knows, it’s hard to say,” Pyskir said. “The only person who knows is him.”