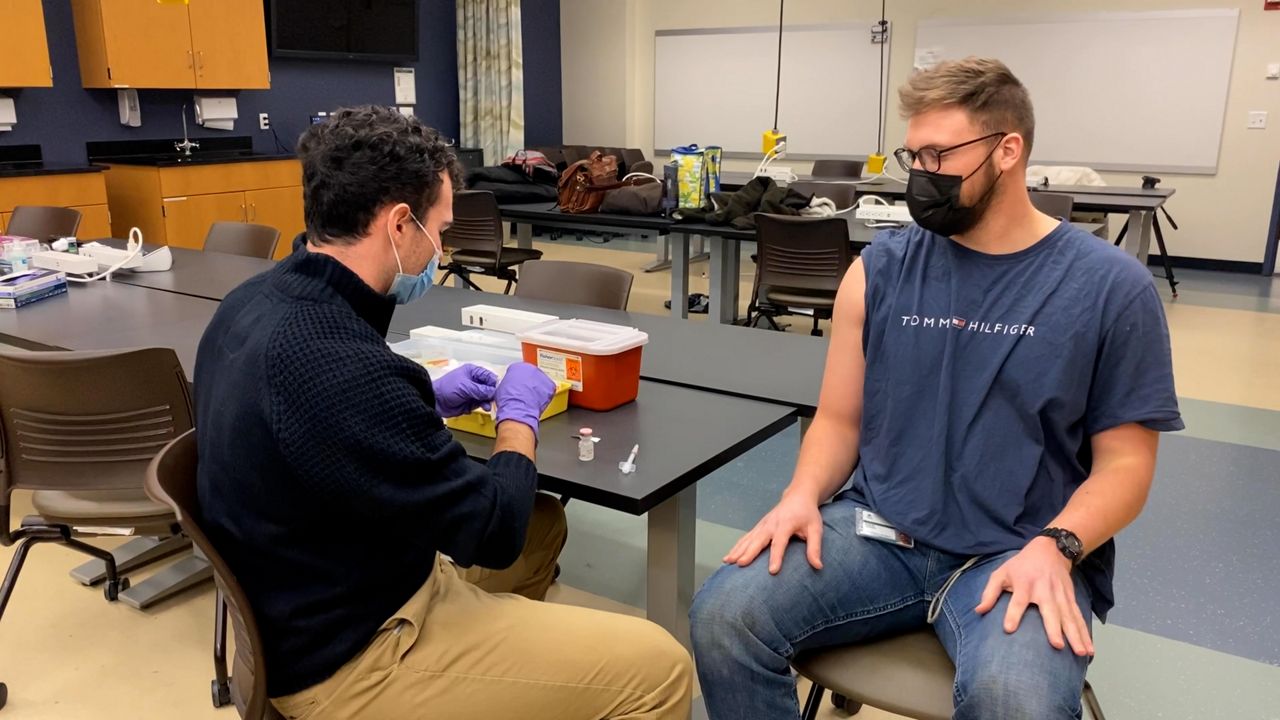 WAUWATOSA, Wis.—Wisconsin is now the eighth state in the country to recognize pharmacists as non-physician providers under a Medicaid system. With the passage of three pro-pharmacy bills last month, including Act 98, pharmacists can help close the healthcare gap for Wisconsinites in underserved areas of the state.

“Roughly 90% of Americans are within five miles of a pharmacy, so that’s access right there,” said Dr. George MacKinnon, founding dean and professor of the Medical College of Wisconsin’s School of Pharmacy.

MacKinnon added that two out of three Wisconsin counties are considered medically underserved, the majority of which are within the state’s extreme urban and rural populations.

“The system we have right now is very cumbersome because it requires a patient to see a provider after they receive a test more than likely at a pharmacy,” he said. “Why not simplify that and test and treat at the pharmacy?”

“Historically, pharmacists have only been reimbursed when they provide a product, but sometimes, the most important thing is not always around a product,” MacKinnon said. “It might be helping a diabetic use their meter better.”

Keegan Morris, who is 22, is in his first year of pharmacy school at MCW. He wants to be a pharmacist in rural Wisconsin.

“Providing those services to them would be really rewarding for me,” he said. “This new legislation helps us to actually function in these underserved communities where there may not be as many primary care doctors.”

“We’ll be able to really establish ourselves in those communities that are underserved and play a larger role in getting them access to those services they previously didn’t have,” Morris said.

The two other pieces of pharmacy legislation signed into law by Governor Tony Evers in December are Act 100 and Act 101.

Read each piece of legislation in its entirety below: